The PlayStation 4 is Official – Everything You Need To Know

Sony have officially lifted the veil on the PlayStation 4, ushering Sony into the Eighth Generation of videogame consoles.

With a barrage of rumours flying around for more than a year, we can finally begin depict fact from fiction.

We didn’t actually get to see the console at all, nor get any pricing, most likely it wasn’t ready yet and Sony just wanted to get the jump on Microsoft early this generation.
The entire conference had a feeling of dragging small things into big announcements which would support that theory, but we did get a nice deep glimpse at the future of console gaming, both visually and by way of services to expect and overall Sony put on a good, strong show.

The DualShock 4 Controller has a touchpad on the front, a share button, a headphone jack, and a light bar to identify players. A 3D camera also uses the light bar to identify different players.
Some games will be playable while you download them, and the system has a low-power state and auto saves games for instant on and resuming where you left off. 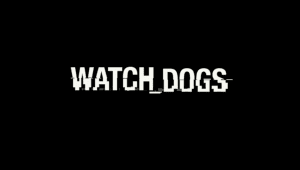 Sharing videos while you continue to play, ‘watch’ games being played and even ‘reach out’ to help a friend play a game. Sony are pushing social gaming quite hard with the PlayStation 4.

Sony have an ambitious vision on downloading too: “Long-term vision is to reduce download times to zero… if we know enough about  you we know what game you’ll purchase next and download it in the background.”
That sounds dangerous to our credit cards…

Gamers will also be able to Spectate their friends’ games, just by watching, posting to their screens or even taking over control if given permission.
Remote play between the PSVita and PlayStation 4 will allow you to pick up where you left off on your Vita in case you have to leave your TV – naturally the example given was your kid taking the TV from you, pesky kids.

If this works the way Sony are touting it, they claim that any game can be outputted on any device by using the horsepower of PlayStation 4.
PS1, PS2, PS3 and PS4 games will be playable via the new PlayStation cloud service. 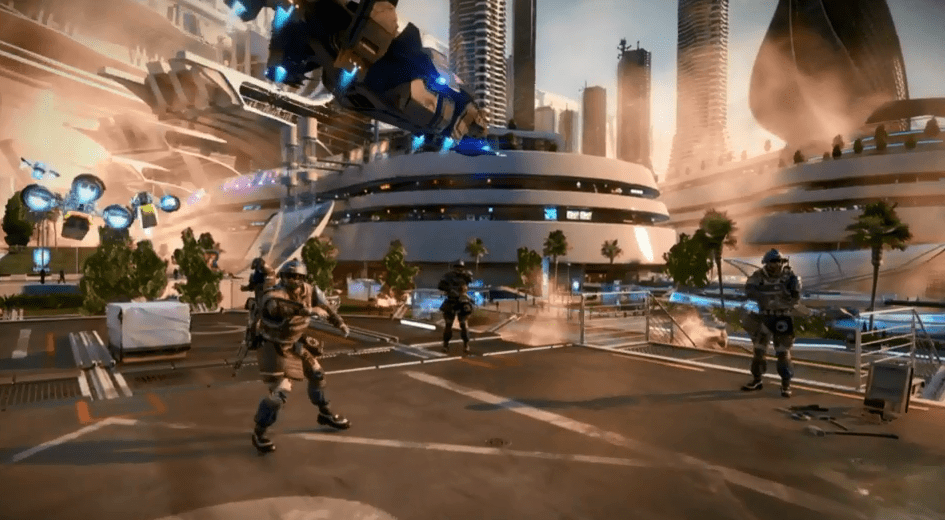 The first definitely confirmed title is Killzone: Shadow Fall, a pretty intense trailer highlighted the improved graphics of the system.
Visually it looked stunning, but it’s hard to say how vast the improvement is from current consoles without a detailed hands on.

Driveclub is another presumably launch title, based around social driving and racing.
“We’ve gone borderline insane” adding detail. Studied the metallic flakes in the paint, the weave in the fabrics. 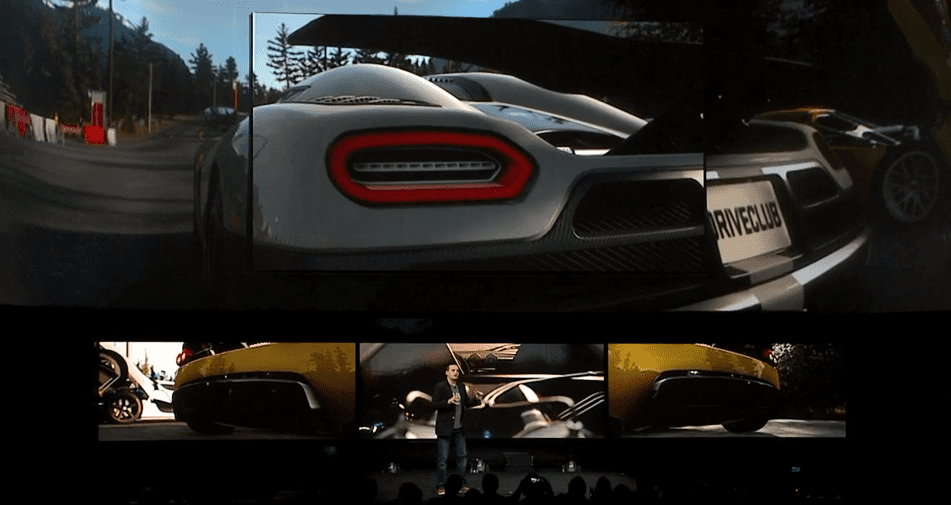 Sucker Punch are bringing infamous Second Son exclusively to PlayStation 4, with a short trailer that showed normal people getting super powers and fighting back against ‘the man’.

Braid developer Jonathan Blow presented his new open world game called The Witness, and he even had a lot to say about other open world games:
“A lot of games try to pad their play times so they seem long, but in this  game we try to cut things out. There’s no filler.”

Heavy Rain developer Quantic Dreams demoed their new stunning 3D character renders which use 30,000 pixels per person up from 1,500 in 2005, depicting an old man so detailed that he could almost pass as real. 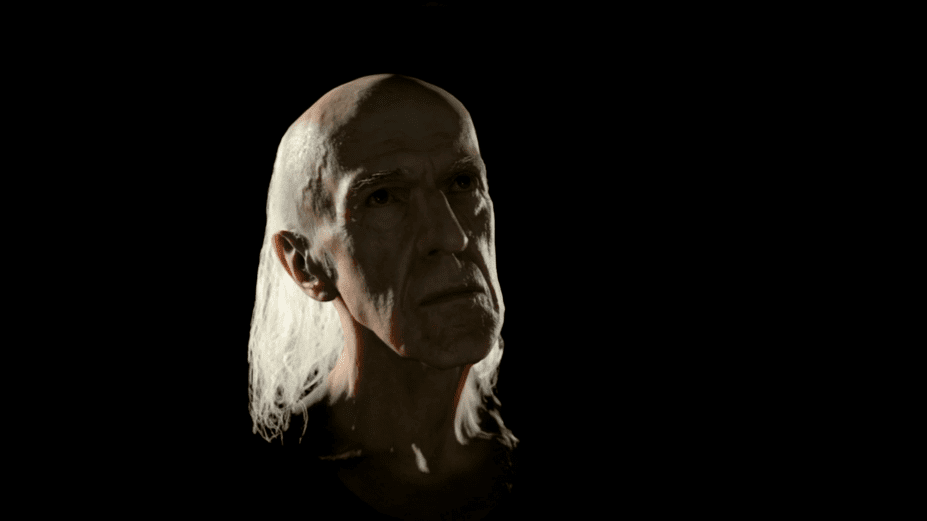 Capcom and Square Enix were on hand to show off their new game engine and cinematic footage respectively, both of which looked stunning. Capcom are developing Deep Down using their new Pantha Rhei engine which seems to be set in a fantasy land of some sort – knights fighting a dragon. 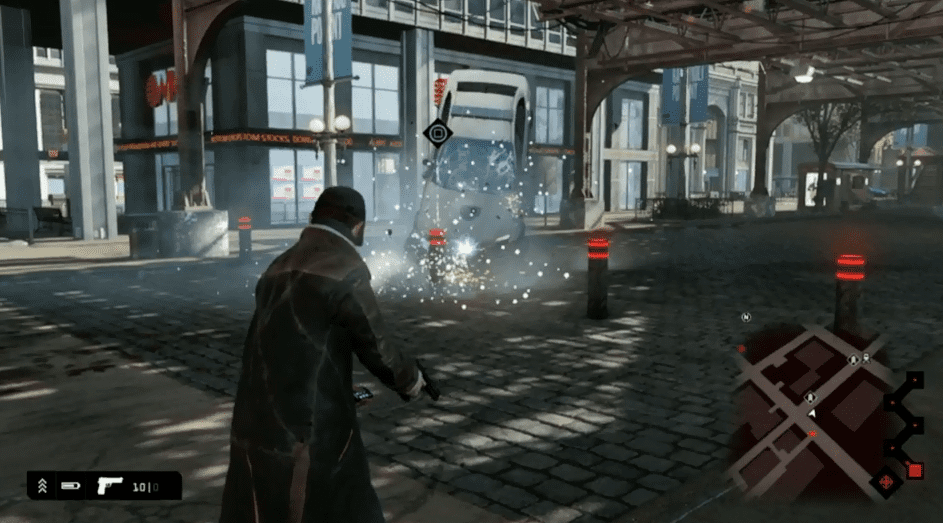 Ubisoft premiered new live gameplay of the much anticipated Watchdogs which highlighted the impressive visuals and physics, although the motives of the main character seem quite grey – first by helping a woman from a disgruntled ex and then shooting at a cop car… confusing.

Activision were proud to introduce Bungie to the stage and to be “bringing in a new developer that hasn’t been on PlayStation in over a decade.”
Bungie’s newest title Destiny will be available for the PlayStation 3 and PlayStation 4 at launch along with PlayStation exclusive content. 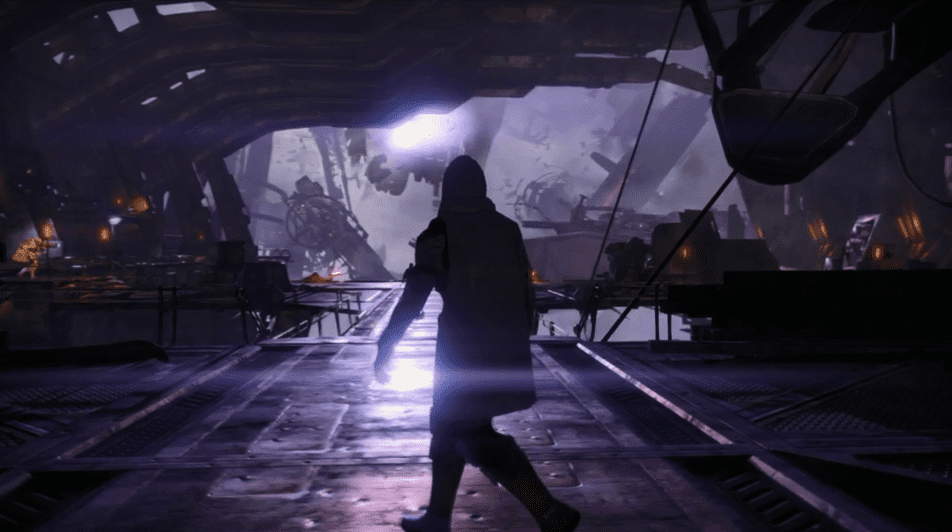