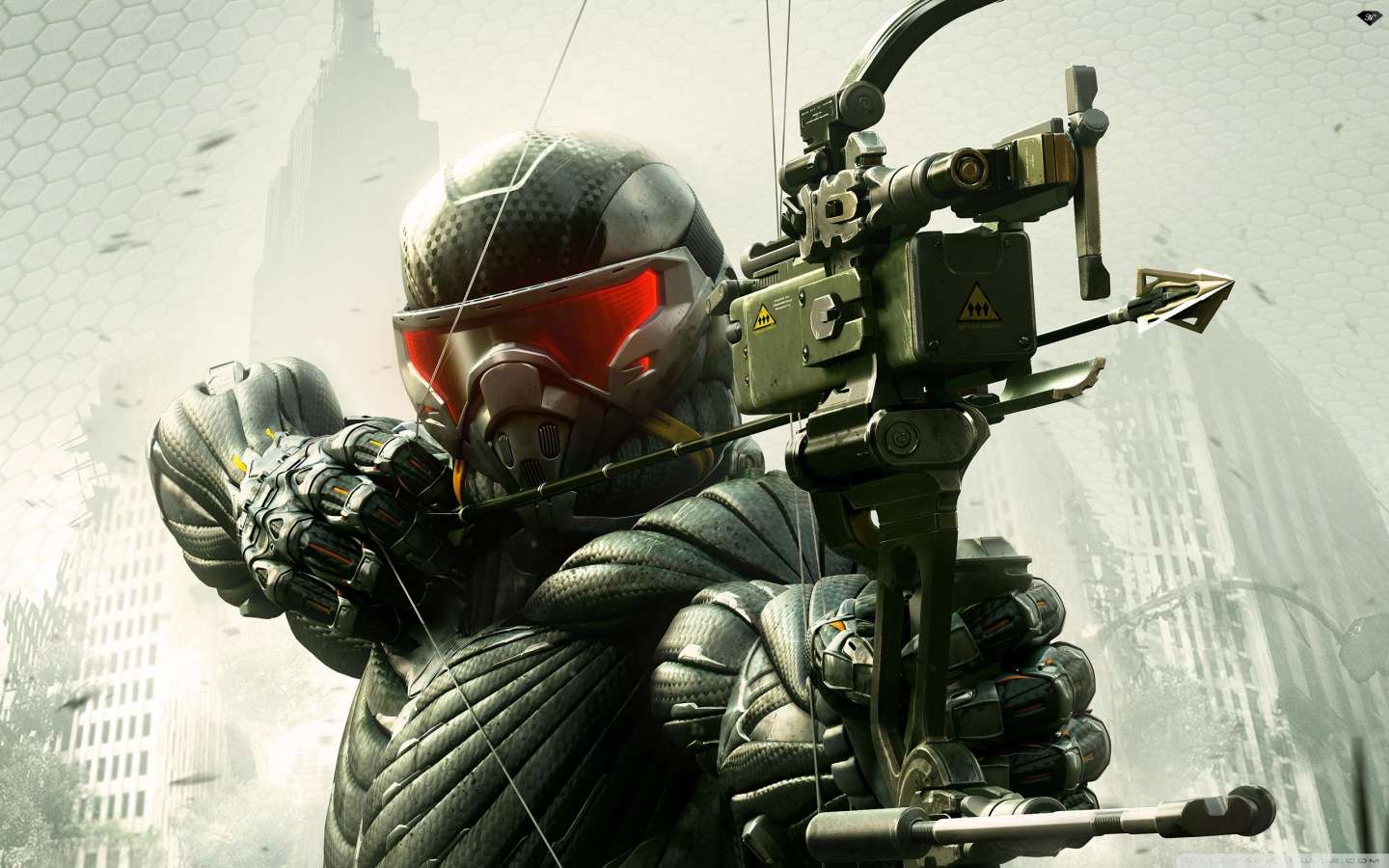 The Effect.net’s Crysis 3 review! Well it’s finally here! EA’s latest nansuit-wearing baby has finally hit the market. It’s been nearly two years since the last installment in the Crysis trilogy but I must admit, I was worth the wait! 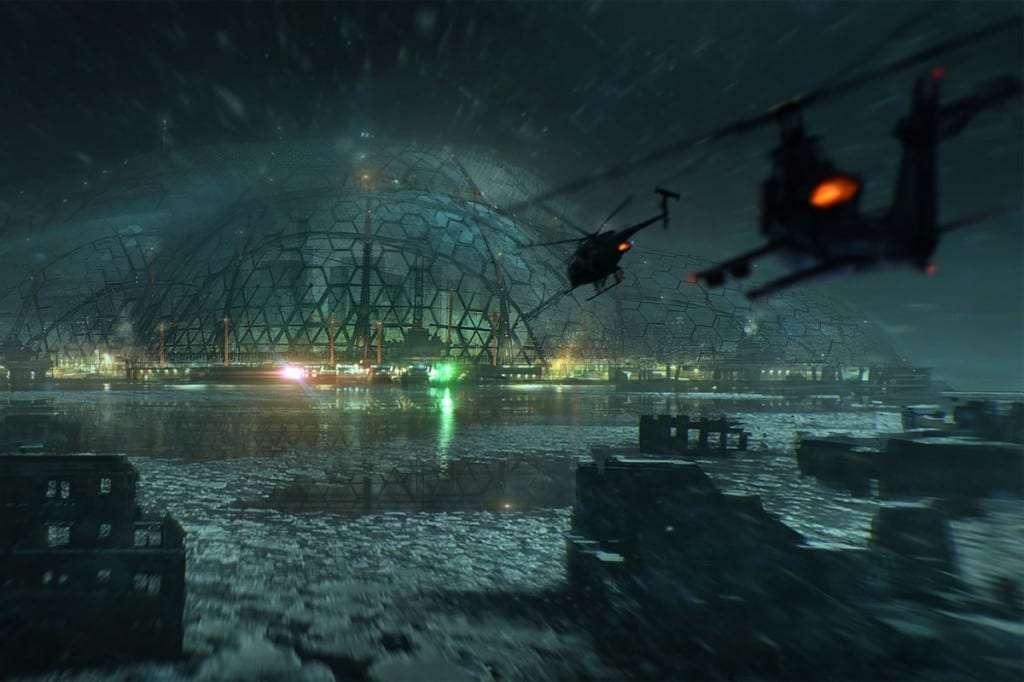 “Prophet is said to be on a “revenge mission””

Crysis 3 sees players take on the role of Prophet as he returns to New York in 2047, 24 years after the events of Crysis 2. He discovers the city has been encased in a giant Nanodome created by the corrupt CELL. The Liberty Dome is a veritable urban rainforest teeming with overgrown trees, dense swamplands and raging rivers. Within the Liberty Dome, seven distinct and treacherous environments become known as the Seven Wonders. Prophet is said to be on a “revenge mission” after uncovering the truth behind C.E.L.L.’s motives for building the quarantined Nanodomes. The citizens were told that the giant citywide structures were erected to protect the population and to cleanse these metropolises of the remnants of Ceph forces. In reality, the Nanodomes are C.E.L.L.’s covert attempt to conquer the world through weapons and technology.

“I am a sucker for good graphics and this game is a visual and audio feast.”

The game itself is running on the latest Crytek engine and boy does it look good! I am a sucker for good graphics and this game is a visual and audio feast. I must admit, I had my doubts about how good they could make this game look on the home consoles compared to it’s PC counterpart but they really have done an amazing job of pushing the Xbox and PS3 to their limits. The setting of a dilapidated New York is stunning along with impressive lighting physics and gameplay mechanics. 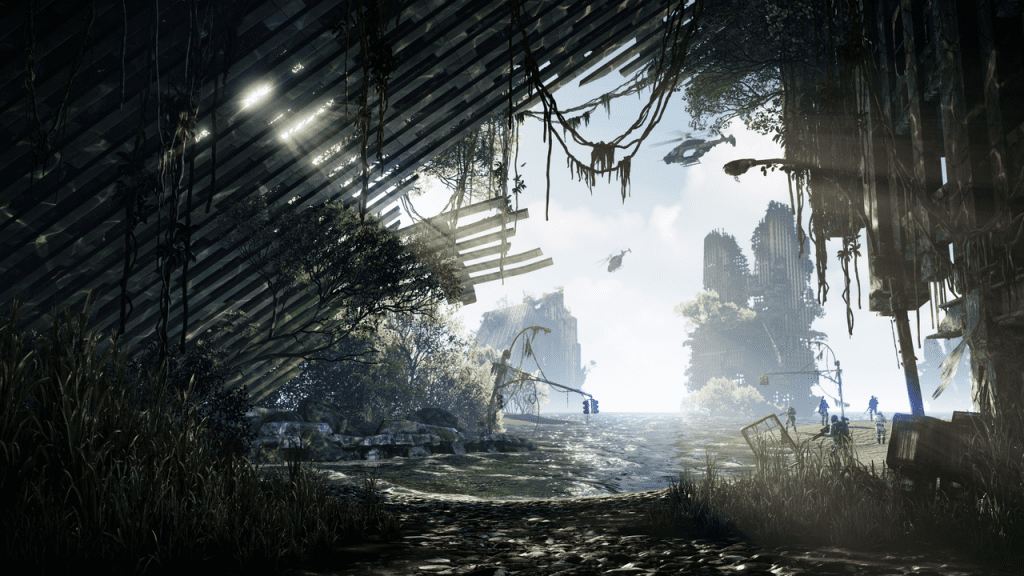 If you have played any of the previous installments, you’ll know what to expect from a gaming standpoint but they definitely have refined the controls and have a nicely executed tutorial to start you off at the beginning of the game if you want. There is a vast array of guns to choose from but the big addition this time round is an almighty cross-bow called the Predator Bow. This thing is seriously cool and has a very satisfying pay off when you fire an arrow into an enemy’s head. 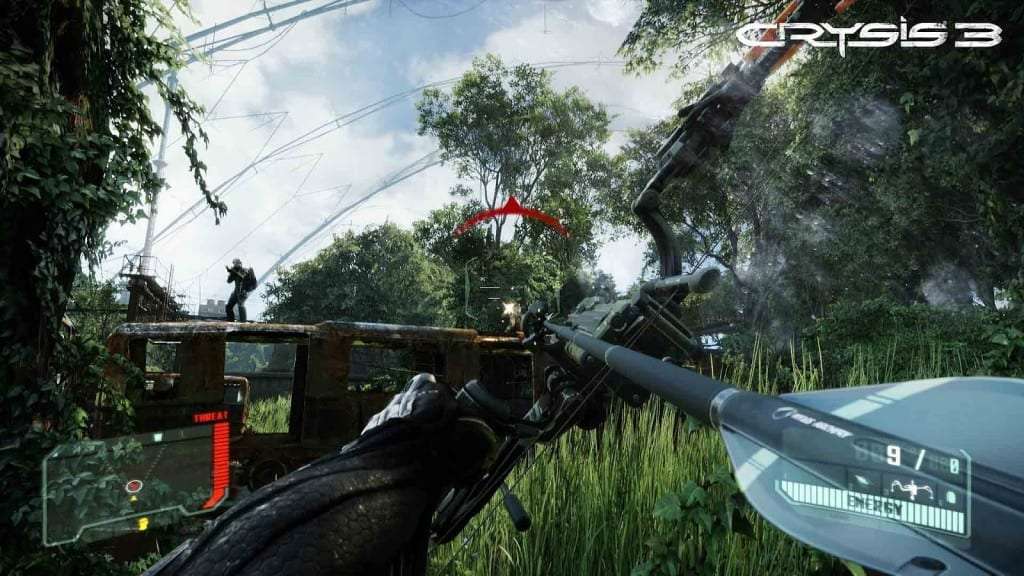 “multiplayer side of things, this game really has created some serious competition”

As for the multiplayer side of things, this game really has created some serious competition for the big online multiplayer hitters like Call of Duty and Battlefield. You’ve also got the welcome return of the crash site mode with a couple of upgrades. There is also the introduction of a new mulitplayer mode called Hunter Mode. It starts with two players (the Hunters) wearing enhanced Nanosuits which are permanently cloaked. Also they carry a Compound Bow. They objective is to kill other players (Troopers). When a Hunter kills other player, the killed player becomes a Hunter and so Hunters start to grow in numbers with each kill till only one Trooper is left fighting for his life. Troopers will be able to deploy Nanosuit jammers as to see cloaked Hunters.

The single player lasted me about 5 hours which is pretty decent. The story is a lot more streamlined and lets you focus more on just enjoying the game.

Overall, Crysis 3 definitely does not disappoint and can hold it’s head high as one of the first must-have games of 2013.