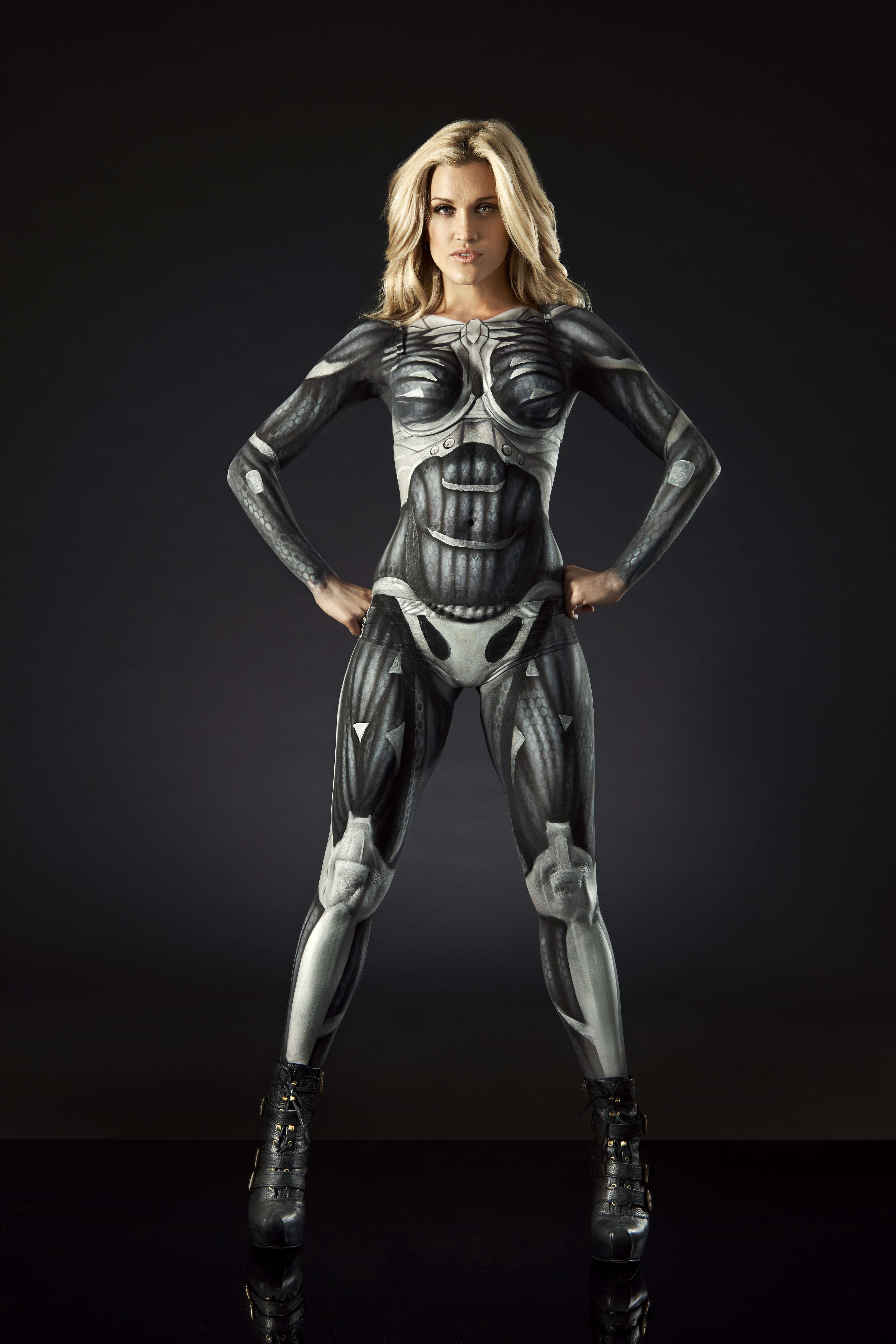 Dancing on Ice judge and ex Pussycat Doll, Ashley Roberts, became the hunter this week, suiting up in the notorious Nanosuit to launch the latest video game release, Crysis 3. The Nanosuit has become the hero of the Crysis franchise, developed to transform the game’s leading character – Prophet – from mortal to a near-indestructible force challenged with saving mankind. And all within the urban jungle setting of New York City.

Ashley’s suit took a staggering six hours to create, with amazing results, but for anyone looking to get to grips with the game without all the legwork, Crysis 3 will be available on Xbox 360, Playstation 3 and PC from today Friday 22nd February.