Nokia must be feeling very generous right now as today they’ve announced that the majority of their (excellent) location and mapping services are now available on all Windows Phone 8 devices, not just the Lumia range. 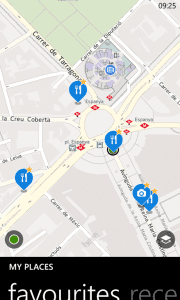 Here Drive+, Here City Lense, Here Maps and Here Transit are now available for Windows Phone 8 users in Canada, France, Germany, Italy, Mexico, Spain, the U.K., and U.S – we’ve reached out to Nokia Ireland about their Irish availability and will update when we hear back.

This is a great boon to the Windows Phone ecosystem as Here Drive+ is one of the best turn by turn navigation programs on the market, with offline map use and customizable layers as the highlights.

Here Maps are the pretty much the only real alternative to Google Maps and some would argue even better than Google’s offering, but it’s no doubt that Here is better than Bing Maps that ships by default with non – Nokia Windows Phones.