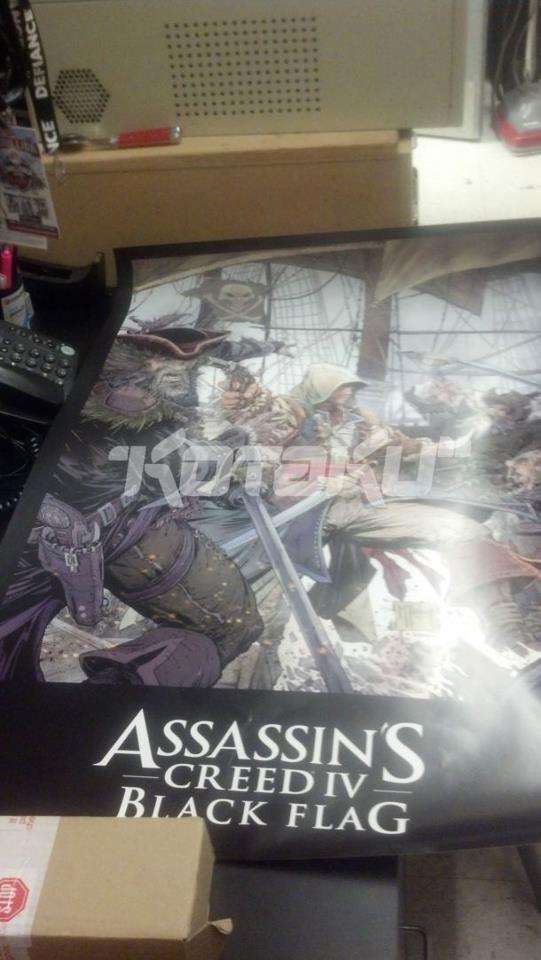 Ahoy Matey! Has Assassin’s Creed IV Been Revealed by This Poster?

Ahoy Matey’s! Is the next Assassin’s Creed all about a swashbuckling adventure with pirates? Yes, according to a tipster who sent Kotaku marketing material for a game called Assassin’s Creed IV: Black Flag. 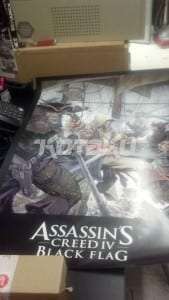 As you can see from above, the poster shows a very familiar hooded assassin looking individual, who appears to be wielding a pistol in one hand and a sword in the other. This character is standing on a ship–with a black flag in the background–and is surrounded by a host of pirates.

So if this latest leak is true and Assassin’s Creed IV: Black Flag is indeed real it may see us taking to –well for at least some it– the high seas.

One of the most memorable moments of the series so far was in last year’s Assassin’s Creed III, which featured various naval missions where players battled enemy ships.

Earlier this month, during the company’s fiscal call Ubisoft’s CEO, Yves Guillemot, this game will take place in a new setting and star an all-new hero.

So are you excited about the possibility of battling the Templars on the high seas?