The Hunger Games and Indie Stand-up coming to Netflix

We’ve got 2 pieces of news from the Netflix camp this morning, both equally exciting!

So kick things off, we have the awesome movie from last summer, The Hunger Games, coming to Netflix this Sunday, 3rd March. Here’s the official word: 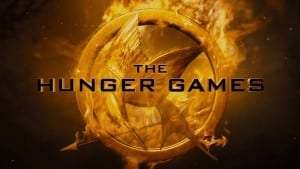 “Starting 3 March, international box office hit, and one of the top grossing films of 2012, The Hunger Games will be exclusively available to Netflix members in the UK and Ireland prior to coming to Netflix in the U.S.

Based on Suzanne Collins’ book, the action-thriller starring Jennifer Lawrence, Josh Hutcherson, Liam Hemsworth, Woody Harrelson, Elizabeth Banks and Donald Sutherland takes place in Panem – a country divided into 12 districts and ruled by the Capitol. As retribution for a past rebellion, two young people from every district are required to participate in the “Hunger Games,” an annual televised event in which “tributes” fight to the death until only a victor remains. The story follows protagonist, Katniss Everdeen as she volunteers to take her younger sister’s place in the games.

“We are thrilled to be the exclusive online home for The Hunger Games in the UK and Ireland,” said Ted Sarandos, Netflix Chief Content Officer. “Since launching in the UK and Ireland in January 2012, we have continued to expand our offering of great movies and TV programmes, and we think our members are going to love the latest addition to the service.”

Next we have news that some awesome indie Stand-up coming to Netflix. We’ll be able to enjoy stand-up comedy from Louis CK, Craig Ferguson, Brian Posehn, Tom Papa, Kevin Heffernan & Steve Lemme! Here’s the official piece on this exciting announcement: 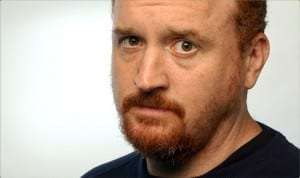 Get ready to have a laugh – a great line up of stand-up comedy genius is on its way to Netflix.   Legendary stand-up comedian Louis CK’s stars in his fourth full-length comedy special/concert Live at the Beacon, which won a Primetime Emmy Award for Outstanding Writing for a Variety, Music, or Comedy Special.

US Late Late Show funny man Craig Ferguson left the studio and hit the road for I’m Here to Help. (And, Netflix is the only current destination for I’m Here to Help). Brian Posehn, often referred to as “that guy” from Just Shoot Me!, shows his comedic chops in his stand-up The Fartist.  Late night favourite Tom Papa’s Live in New York City brings sarcasm and humour to real life challenges. And Super Troopers duo and founders of the comedy troupe Broken Lizard, Kevin Heffernan and Steve Lemme are premiering their new stand-up special Fat Man, Little Boy as well.

Members will be able to instantly watch these titles anytime, anywhere by way one of the more than 800 devices that stream Netflix. Additionally, visit Netflix for stand-up titles from Aziz Ansari, Kevin Hart and Jim Gaffigan.