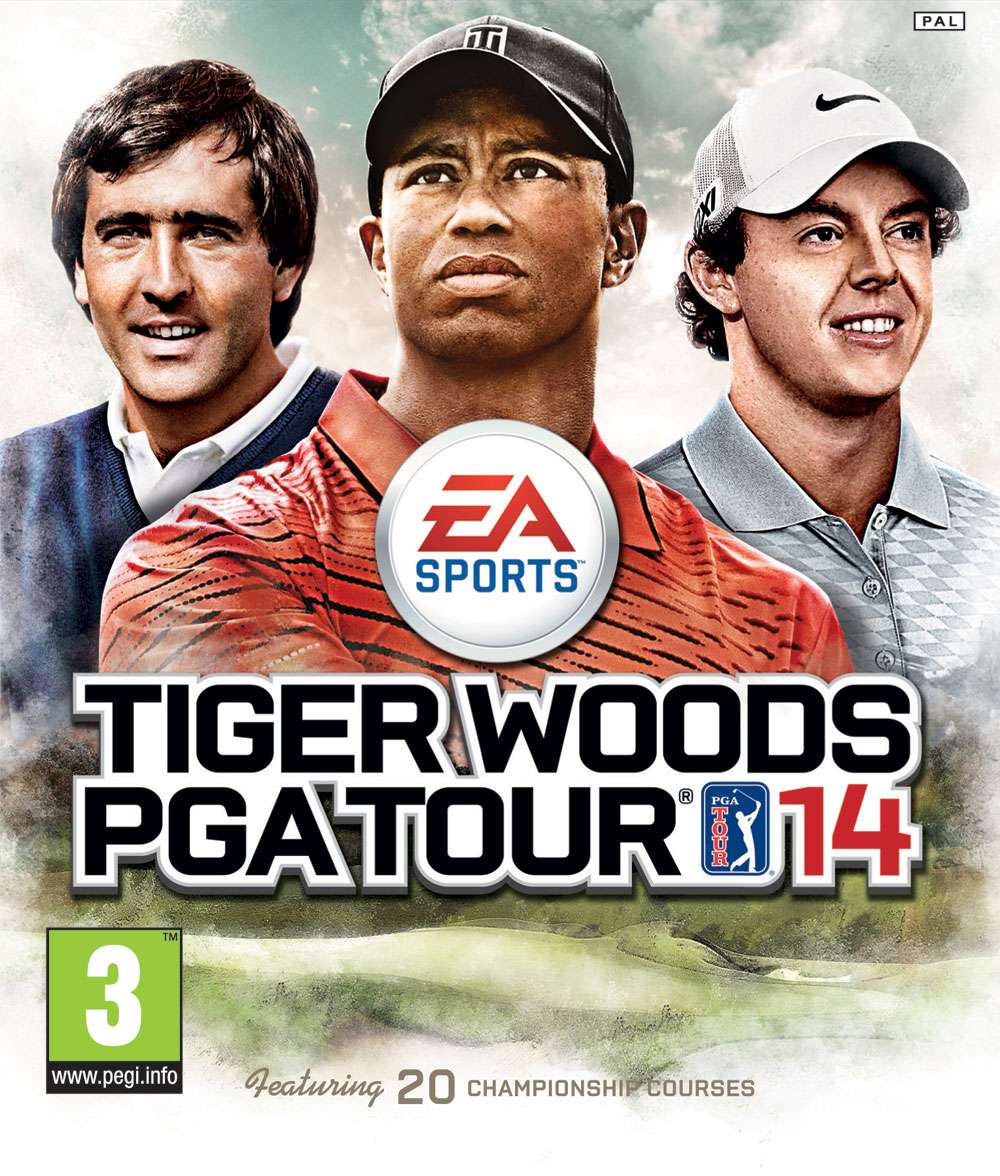 We recently got the chance to talk with Brent Nielsen, Executive Producer of Tiger Woods PGA Tour 14 at EA Tiburon. Here’s what he had to say about the upcoming EA Sports title. 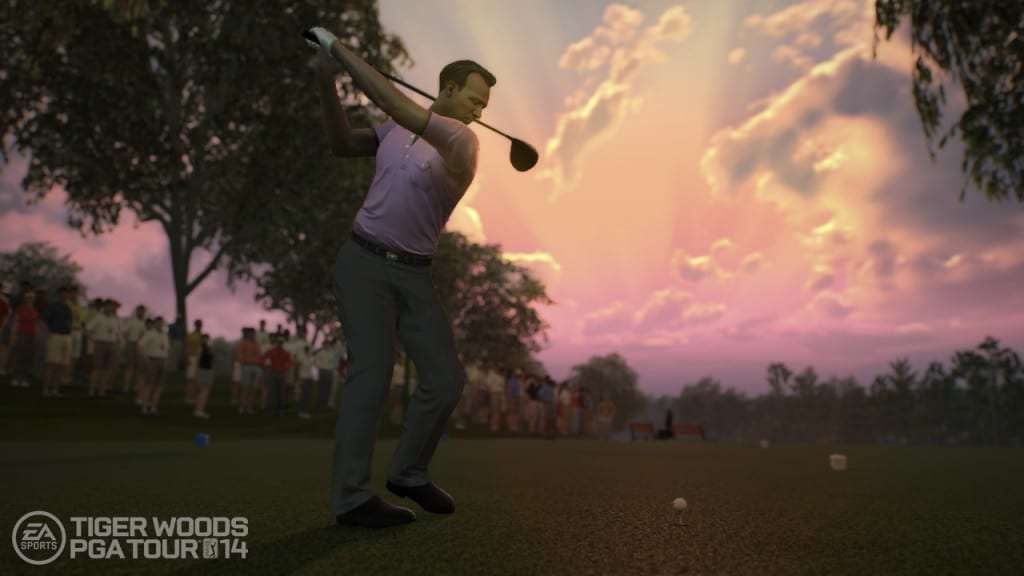 TE.N: For those who have been hiding under a rock for the last 14 incarnations, what can you tell our readers about one of the most successful eSports titles in history?

B.N.: For us here at EA Sports, it was always about creating a game that was both easy to just pick up and play but also layers in a lot of depth so that people that are new to the game can just go in a explore and undercover that depth. Golf is a simple game to understand, put the ball in the hole with as few swings as possible but in real live it’s a lot more difficult.The game gives people a chance to get themselves familiar with the sport. For example, we introduced total swing control last year which really replicates an authentic golf experience. This and many other things gives players that depth we aim for and that’s why we feel the franchise has been so successful.

TE.N: The marketing tagline says “experiencing the first fully integrated sports simulation available for the Xbox 360 Kinect. “. What changes have you made to the game to make it “fully integrated”?

B.N.: Last year, when we integrated the Kinect into PGA Tour 13, everything the Kinect allowed us to do, we fully integrated. Some of our other titles just have voice recognition, we have full menu navigation using your hands and most importantly, the swing tracking. This year, we’ve made improvements based on feedback we got from people who found it difficult to navigate the menus with their hands so we have updated that to make it easier. As far as the swing goes, we added an update that allows you to stand side on at the Kinect for your swing as apposed to straight on as in the previous title, again, making the experience more immersive. We have also something called “Machine Learning” which basically allows you to input a load of gestures and tag specific ones on the machine saying “This is a correct gesture or swing” and we’ve a lot more gestures so you get a lot less false swings. Those are the big additions this year. 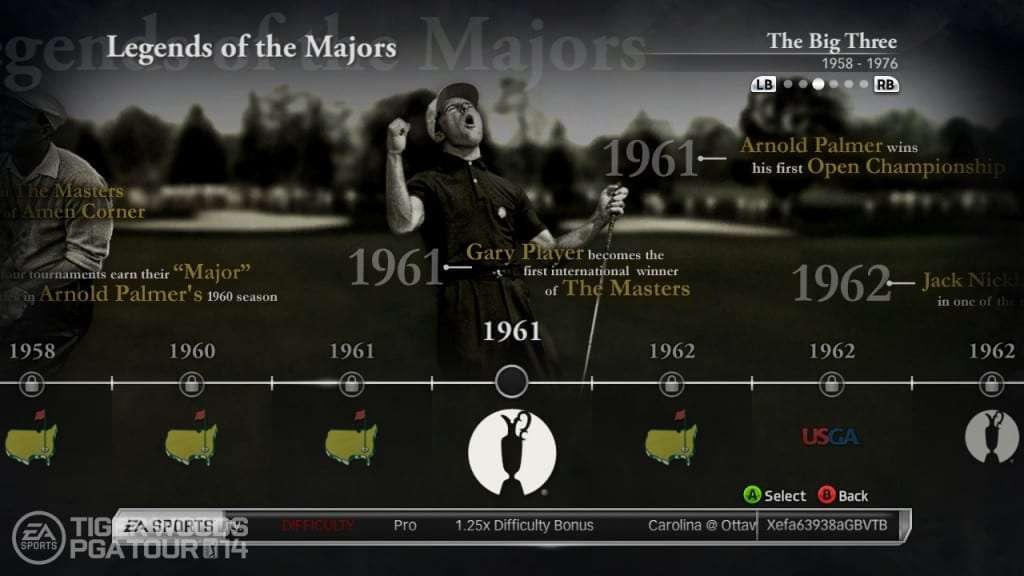 TE.N: Tackling the “Step into the Past” section must of been difficult – the historic courses, the classic attire and the older  equipment from bygone eras. What was the hardest part?

B.N.: Well, the team did an amazing job, from the designers to the artists, recreating the visuals and the attire. We went back and recreated the 1934 Augusta National course when it was first built in it’s entirety. Work with golf historians, they came in and worked with our course designers. Tackling that course was probably one of the more difficult aspects of recreating the past for us.

TE.N: You’re a 17 year veteran in EA Sports, with a resumé that includes Triple Play Baseball series, MVP Baseball series, NBA LIVE and of course the NHL Hockey franchises. What was some of the highlights that you’ll always remember?

B.N.: Listening back to the titles I’ve worked on, I’ve been really fortunate. I grew up playing games and I was a big sports fan. I’m from Canada so I obviously learned how to ice skate before I learned how to walk so being able to work on a series like NHL was just a dream for a Canadian kid like me playing the series growing up. Also, getting a chance to meet some of the greatest athletes involved with these sports was also a great highlight. My most recent highlight though would have to be getting a chance to walk out onto Augusta National for the first time. You can not believe how well kept the grounds are and what really stood out for me was the amount of elevation change on the course. That was another big highlight for me. 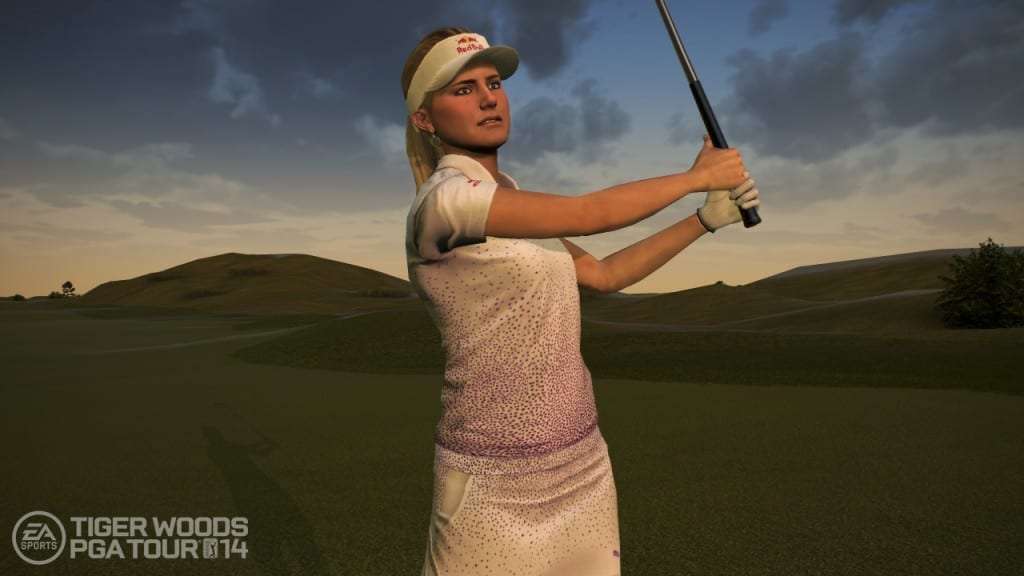 TE.N: You mentioned you were a gamer as a kid, what were the games you played that got you into gaming?

B.N.: I played a lot of sports games growing up which was great for when I finally launched my career in developing sports games. I played Blades of Steel Hockey and the NHL series that I then got to work on. A friend of mine and I would always run home from school and just play games for hours. We were big fans of Dragon Warrior and the Final Fantasy series. It was a mixture of all these games and more that got me hooked on gaming and I have owned every gaming system that has come out since.

TE.N: So just to wrap up, if you could sum up Tiger Woods PGA Tour 14 in just 3 words, what would they be?

B.N.: The 1st word I would us is ‘Legends’ which I feel covers a lot of things in the game. ‘Majors’ I would use as my 2nd word to celebrate what the major championships are and their biggest moments and finally, I know it’s two words but my 3rd word would be ‘Connected Experiences’. The things that we are doing with our connected tournaments and country clubs is all about getting people connected because as we all know, Golf may be an extremely intense professional sport but it is also a very social one too and we want this to translate across into the game. 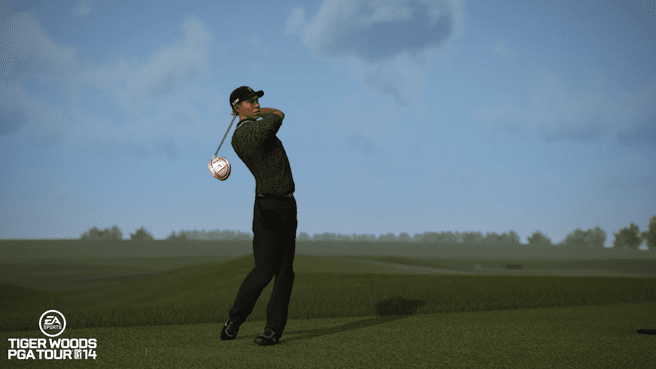 So there you have it guys. Brent gave us the full rundown of what to expect from the latest upcoming Tiger Woods PGA Tour 14 which launches here in Ireland on the 28th of March.