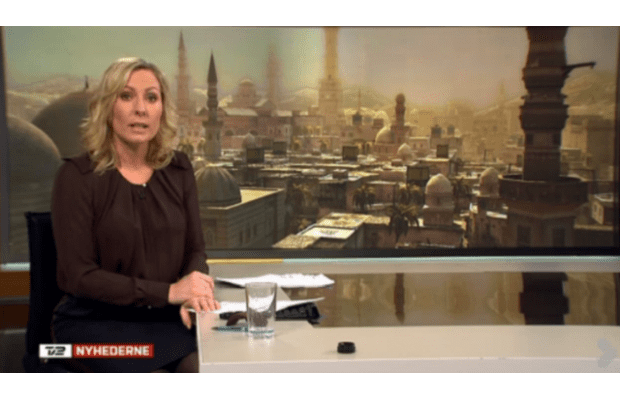 Even after the BBC used the Halo logo instead of the UN’s and then ITV used footage of ArmA 2 instead of stock war footage… A Danish news report has gone and used an image from Assassin’s Creed II during a news story.

TV2, a Danish channel, mistakenly used an image from Assassin based game depicting Damascus 720 years ago when they ran a story about the current conflict in Syria.

The head of news for TV2, Jacob Nybroe, has even gone so far and officially confirmed that the picture used behind news anchor, Cecilie Beck, on the 26th of February, was actually from the popular action game.