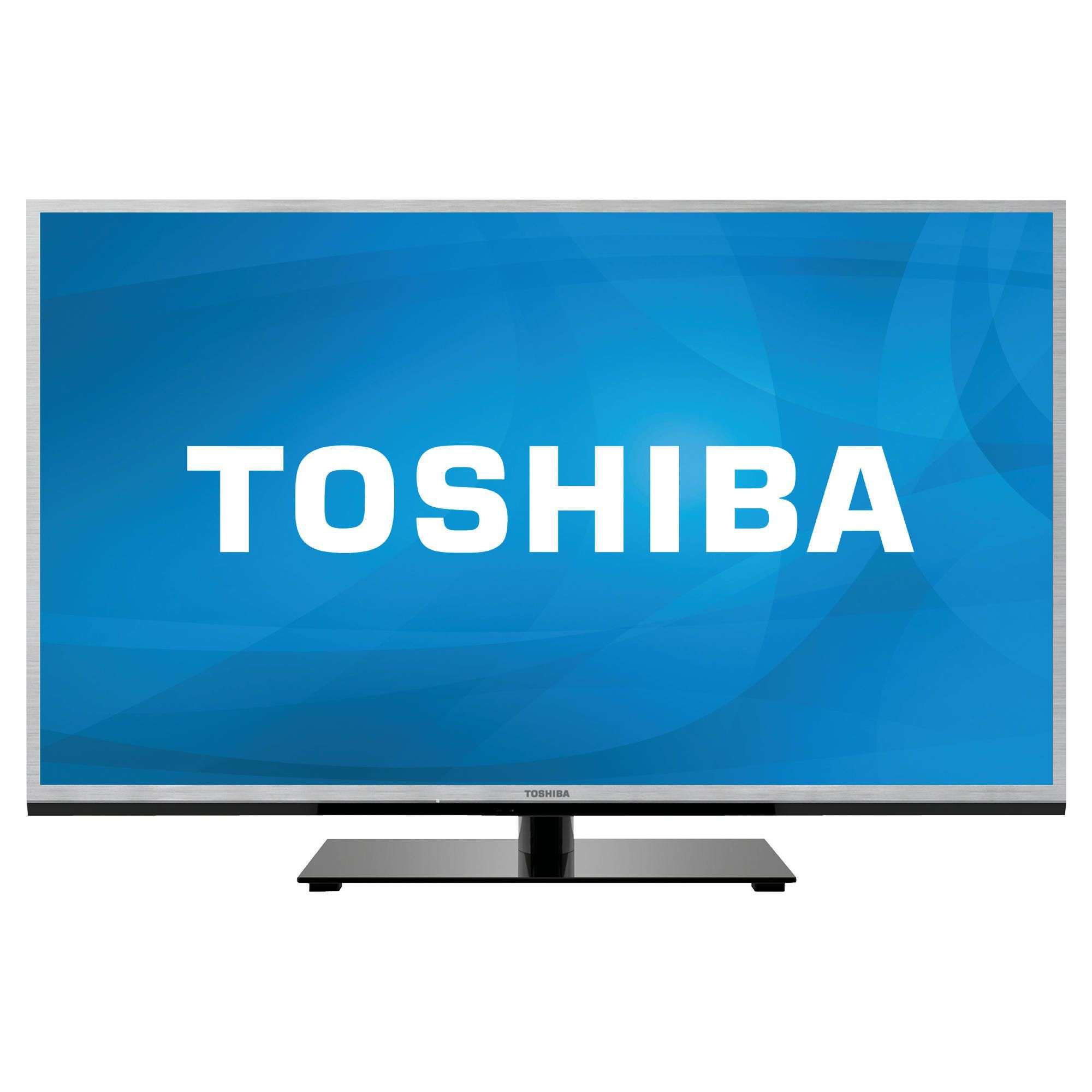 Well the wait is over. Here is our very own review of Toshiba’s beautiful 46″ TL Series LED Smart TV. This TV can be seen as the sequel to the extremely successful TL868 TV which was a huge hit with people due mostly to it’s very reasonable pricing and slew of impressive features. Toshiba has learned from the previous generation and has improved on it in almost every way!

To start, we hooked up an iPad to the TV and used the THX Tune-Up TV and Audio Calibration app that let us set the TV up and calibrate it for the best picture possible. The app is available in the iOS App Store and the settings we used will be at the end of the review.

There’s no denying that this TV is quite the looker. It’s got an impressively thin bezel, thin profile and understated overall look. It look almost identical to it’s prequel, the TL868, but this is most definitely not a bad thing. 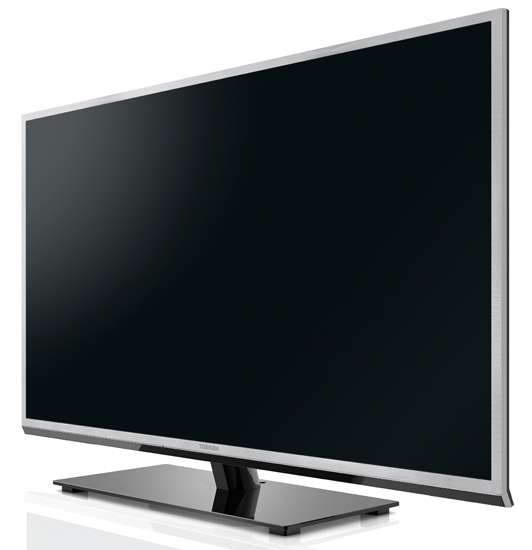 “Saorview built in, a necessity in this digital age”

The back of the TV has a wide array of connections that you would come to expect on such a sizable TV. There are 4 HDMI ports (the more the merrier we say!), A LAN port, an optical audio port, a D-Sub PC Port and two USB ports that have the ability to play back all sorts of audio and video formats including MKV. You’ve obviously got your obligatory scart port and RGB slots as well. This device also has Saorview built in, a necessity in this digital age.

Another really cool feature is the inclusion of WiDi or ‘Wireless Display’. This Intel technology allows you to send your compatible PC’s display to your TV wirelessly. The less cables the better I say!Unfortunately, we must note that the TV does not have Wifi built in but as I mentioned earlier, it does have the LAN port. You can invest in a USB WiFi dongle as well and giving the low price of the TV already, it’s not going to break the bank to purchase this add-on. 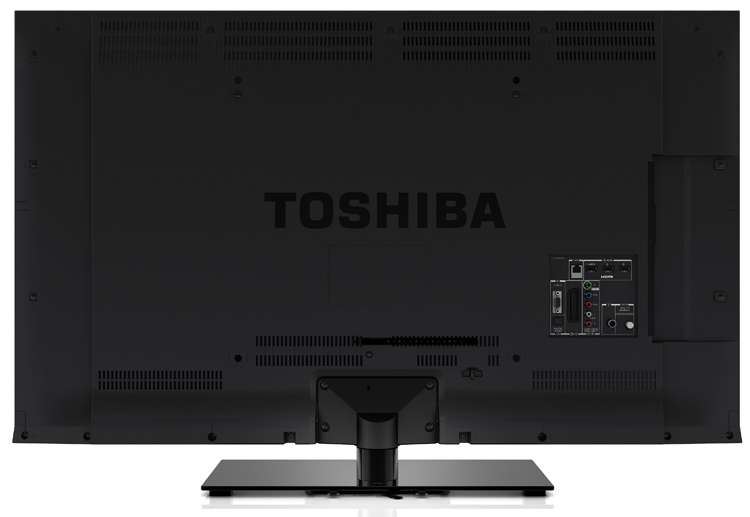 The menu set up is nice and ergonomical. It makes the experience of using the menus quite intuitive and user friendly. This, to me, is something many TV manufacturers can get so wrong but Toshiba really have done a great job here.

“The picture quality itself, again, is fantastic”

Even though this TV is on the lower end of the price scale, it does not mean they have cut back on the amount of tweaking and customisation options for the picture settings. There’s so much flexibility with things you can change or turn on and off. The picture quality itself, again, is fantastic giving the price point of this TV. The contrast levels are really impressive and the picture movement is surprisingly smooth giving that it’s only running at 100Hz. The colours are balanced really nicely and skin tones look great. This is also a 3D TV and one which has the ability to upscale 2D to 3D. This feature is new to this specific TV and wasn’t included in the previous TL868. We unfortunately didn’t get a chance to test out the 3D features in time for this review.

The screen itself is able to absorb a surpising amount of light from your surroundings which, in turn, reduces reflections and increases overall image quality. One thing we did notice though was a small bit of backlight bleeding from the corners of the screen, admittedly, it’s not very noticable but can become quite obvious in darker scenes. This is to be expected as this happens with most edge-lit LED TV panels. 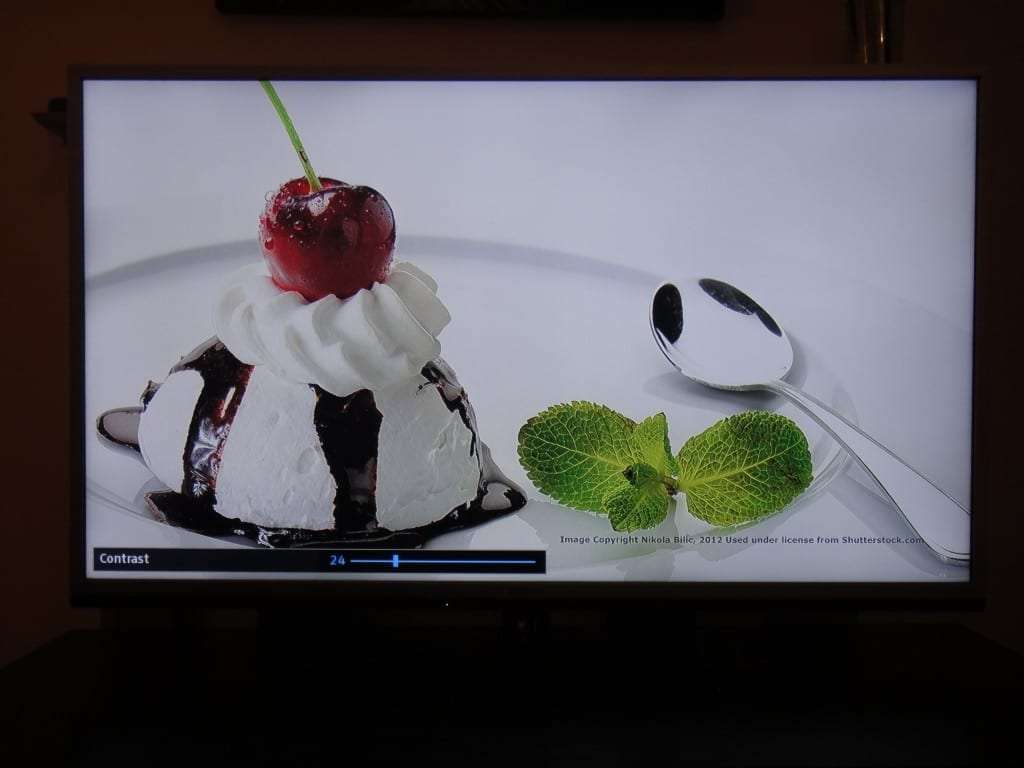 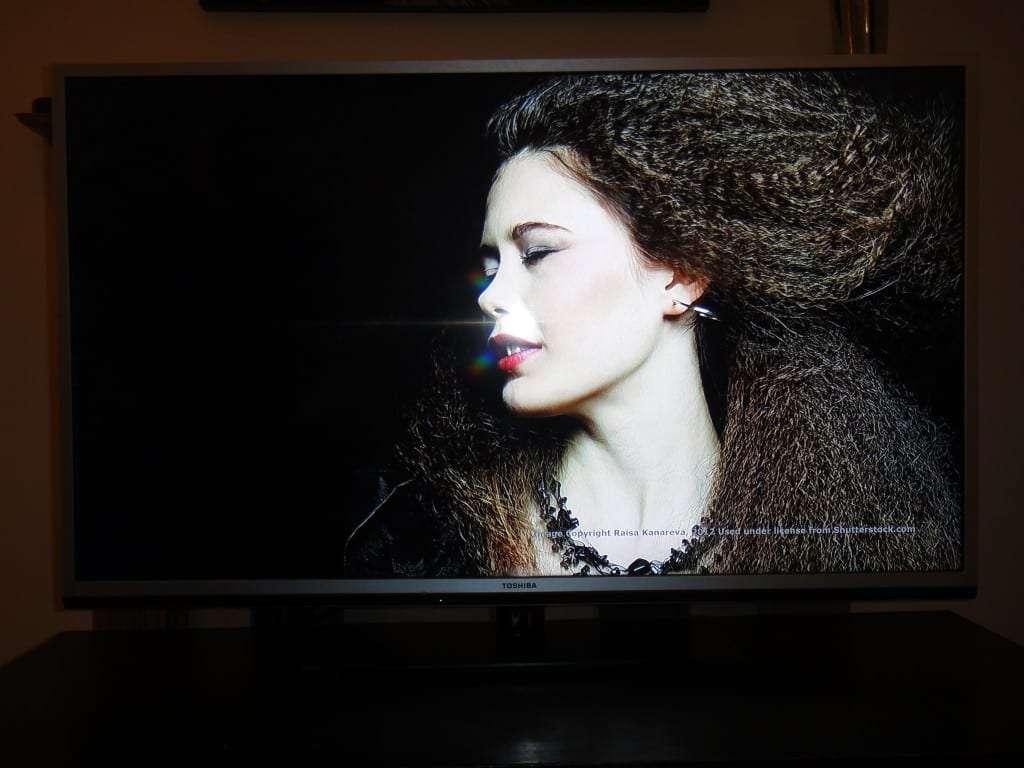 “Toshiba, again, have done a great job in designing the layout of this section by dividing the areas up into ‘Places’.”

When connected to the Internet, the TV has the option to let you connect to a wide array of media sources. Toshiba, again, have done a great job in designing the layout of this section by dividing the areas up into ‘Places’. There is the TV Place, The Movie Place, The Social Place and so on. Each one with a selection of sources for you to get the most out of your Smart TV. 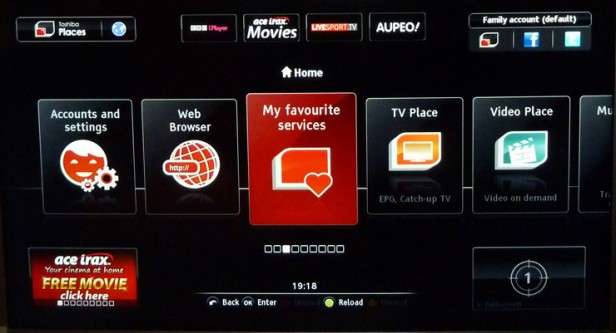 The audio output for such a moderately priced TV, again, is very impressive. There is a healthy dose of bass, with the option to crank it all the way up and the trebles and clear and crisp. Only the loudest of movie action scenes will cause a little bit of audio distortion but these occurrences are few and far between.

UPDATE: Toshiba have their very own Mini 3D Sound Bar and Subwoofer that we tested out on this TV, read the full review here.

If you’re in the market for a new 3D Smart TV but want something that’s affordable, this could be the one for you. With such an impressive catalogue of features that don’t disappoint, Toshiba have done a great job of making a well rounded TV for a wallet friendly price.

Here are more shots we got of HD footage on the screen: 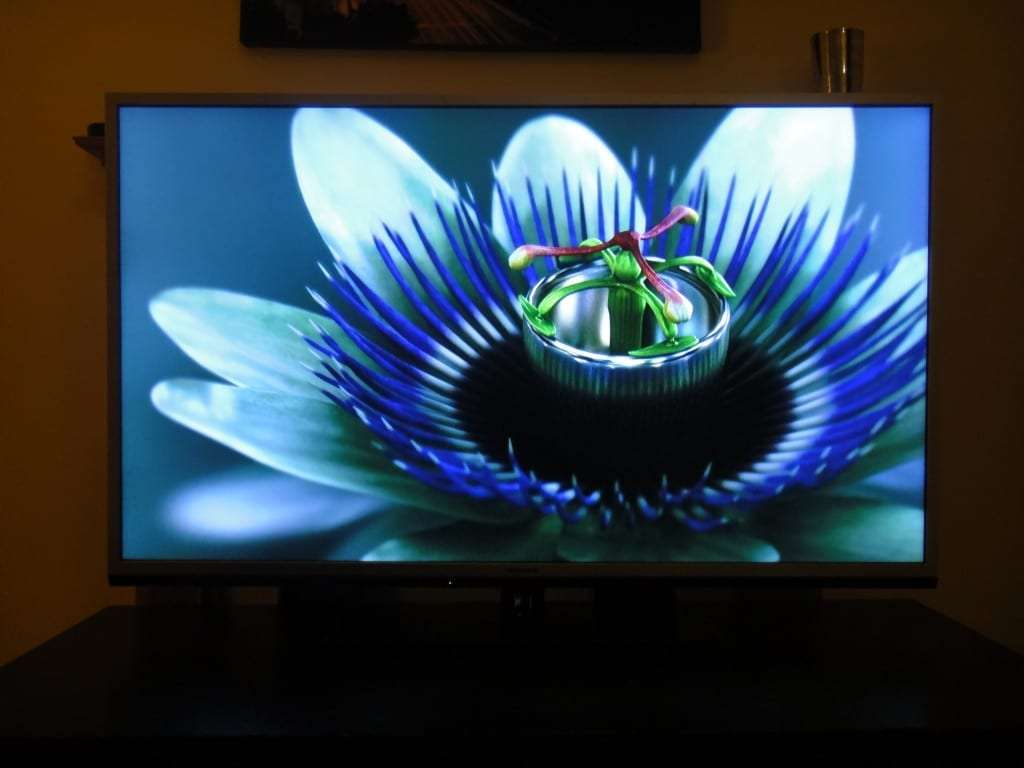 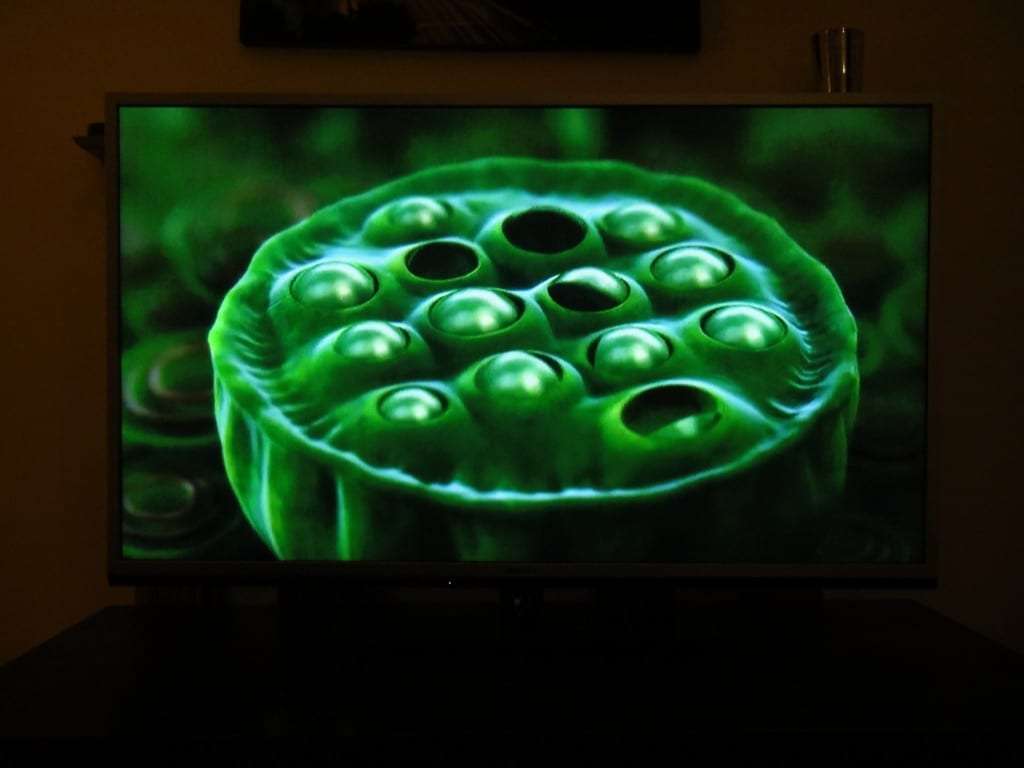 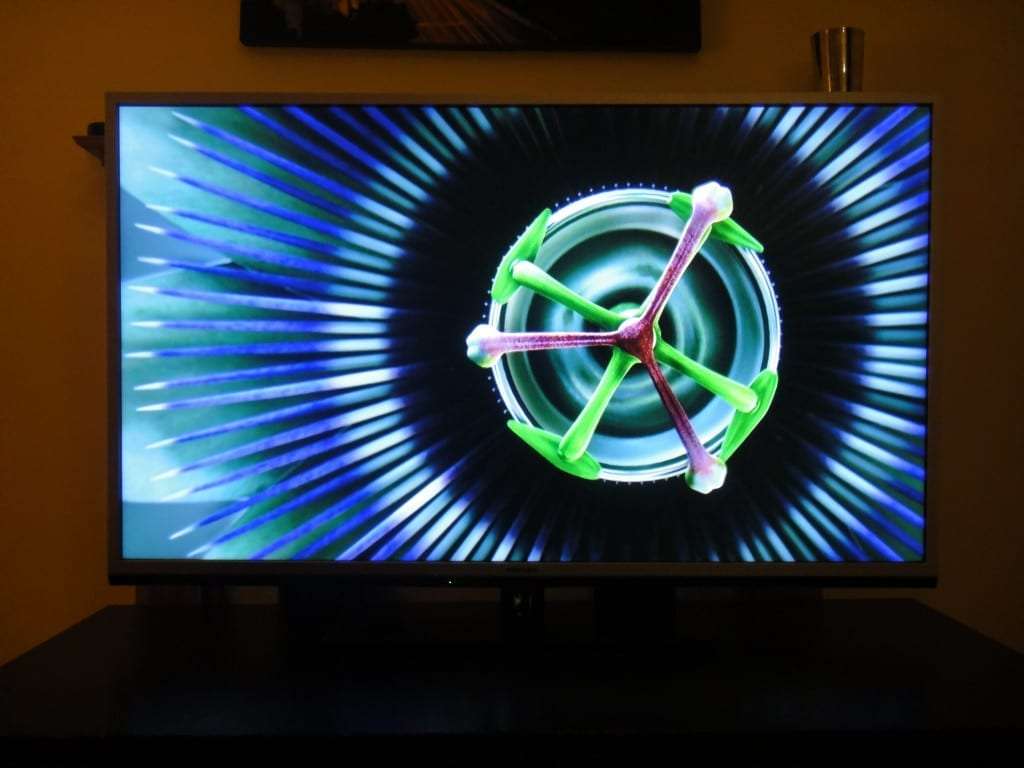 The settings we used were:

Here is a link to Toshiba Ireland’s website for a full breakdown of the specs for this TV: