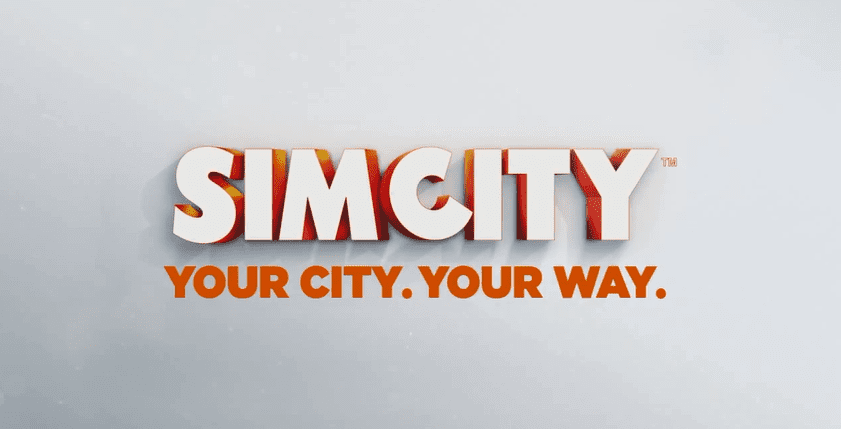 Is has been ten years since the last ‘proper’ Sim City title, (Social and Societies were more spin-offs than sequels) and the latest in the grandfather of city-builders has had a rough beginning to say the least.

Plagued with server problems due to the controversial ‘always online’ DRM which is mandatory to play, Maxis and EA have gone into damage control overdrive, assuring fans that this is a minor hiccup and all will be right soon.
I’ll leave my thoughts on the games’ DRM for last (Spoiler: It’s bad) and focus instead on the game itself.

SimCity gives you control of a city to govern in whatever way you see fit, and this kind of control and direct influence are arguably the two biggest reasons why people play SimCity, or any Sims game for that matter.

Maxis has really pushed multiplayer gameplay into SimCity, but it doesn’t feel forced and when it works just right, it’s actually an amazing experience.
I can buy power and water from a friends’ neighbouring city and she can send me extra garbage trucks to help collect my garbage in return.

City building is deep and has a lot to learn, but it never feels daunting.

That makes it easy to grief other players too, let’s say my friend decided one day that she wanted to keep her garbage trucks, all of a sudden there’s rubbish piling up all over my city – that’s not to say I couldn’t then stop taking her sewerage and cause it to back up in her pipes, much to her citizens disgust. 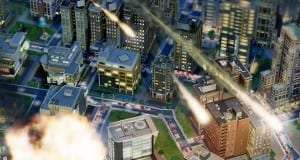 It’s wonderfully complex while staying simple and fun to do. Players can also work together on ‘Great Works’ in the entire region – things like a space centre or international airport benefit every city in the region so it’s worth everyones time to invest.

City building is deep and has a lot to learn, but it never feels daunting. In fact at first impressions, it actually feels quite dumbed down, but once you start playing and digging deeper, the intricacy becomes apparent.

The addition of curved and circular roads make SimCity a joy to play to flex your creative muscle, and multiplayer gives another reason to have an impressively well-designed city, your friends are sure to visit your city and compare it to their own.

You will hit your city borders, and faster than you’d like.

One of the biggest disappointments to be found is an unfortunate one and it’s hard to forgive Maxis for it – the city sizes.
Fans of previous Sim City games will note instantly that the plot of land you’re given to build your city upon is tiny in comparison.
You will hit your city borders, and faster than you’d like.

It’s such a big mistake on Maxis’ part, they say that cities need to be smaller to cope with the new Glassbox engine and enhanced simulation aspects but it’s still a hard pill to swallow.
I found myself referring to my cities as ‘towns’ to friends and fellow mayors, without even realizing it – that speaks volumes.

The new Glassbox engine is impressive though, you simply ‘paint’ land zones along roads (residential, commercial and industrial) and the engine automatically sprouts buildings for you. If you bulldoze an apartment block to make room for your new Mayors Mansion, the engine will automatically fill any gaps with a building if the space is there. 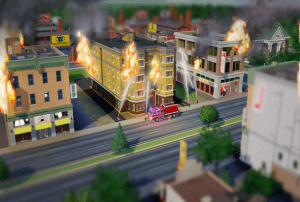 Sims seem to go about their days from home to work/school, then home or to the shops, but it has come to light on SimCitys sub-Reddit and some forums that this may not be the case. Sims have been noted leaving work and just filling up the closest house to them, until all the houses are full – the same goes with jobs, a Sim doesn’t have a set job, he/she just goes to the closest free job.

Whether or not this all turns out to be true or just some strange bug that can be fixed in a patch remains to be seen.

For the micro-managers out there, SimCity offers a vast array of visually impressive filters and maps to view your city through – filters that show where the most pollution and crime are, or where the most traffic occurs in your city.

It’s no surprise that gamers hate DRM, it’s there to stop piracy but most that oppose DRM say that nine times out of ten it just drives more people to piracy to avoid jumping through ridiculous hoops.

Maxis say that EA did not force the decision on them, and that the game cannot run properly without a connection to the EA Servers as the servers do most of the hard work for the simulation, to ease the load on players’ PCs. That fact has come into question now that more people dig deeper, especially given the ‘Sims just fill up any empty house’ theory mentioned above.

I personally didn’t get disconnected while playing SimCity, and aside from some waiting times to load a server, or being unable to access some of my cities due to that particular server being offline for maintenance.
The DRM is a pain, but don’t expect EA or Maxis to change their tune and remove it from the game. 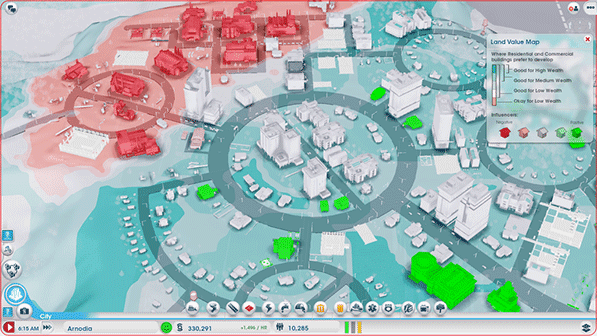 If you’re a fan of the Sim City series for a long time, this new entry may disappoint you in a lot of ways, but it will grasp your affection in others.
The new multiplayer and region mechanics are a little strange to the series at first, but when they work, it’s hard to imagine playing solo again.

Each city is far too small for my liking, and there are some strange omissions such as subways or terrain tools, but it can’t be said that SimCity is not extremely addictive – seriously, I’ve been zoning residential areas while writing this review.

If you can look past the hindrance of the always-on DRM, you’ll be rewarded with one of the finest and most refined simulation games in years.