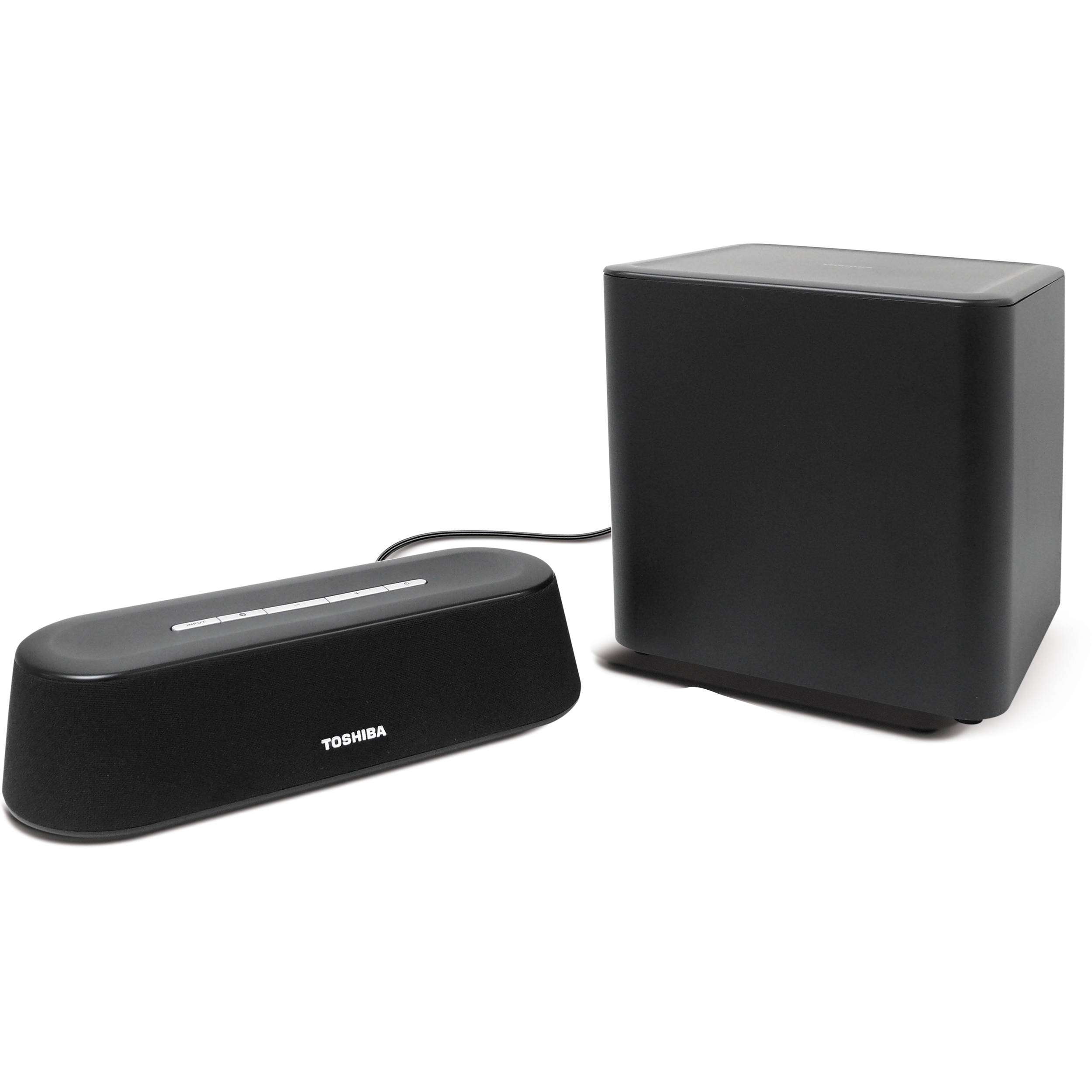 When we first opened the box containing the Toshiba Mini 3D Sound bar, we couldn’t believe how much packaging there was and how little sound bar and subwoofer there was! This thing is surprisingly small and the subwoofer isn’t much bigger either. In the box, we got the sound bar, the subwoofer, a nice little infra-red remote, the power cord, a 3.5mm RCA audio cable and the manual and warranty papers. 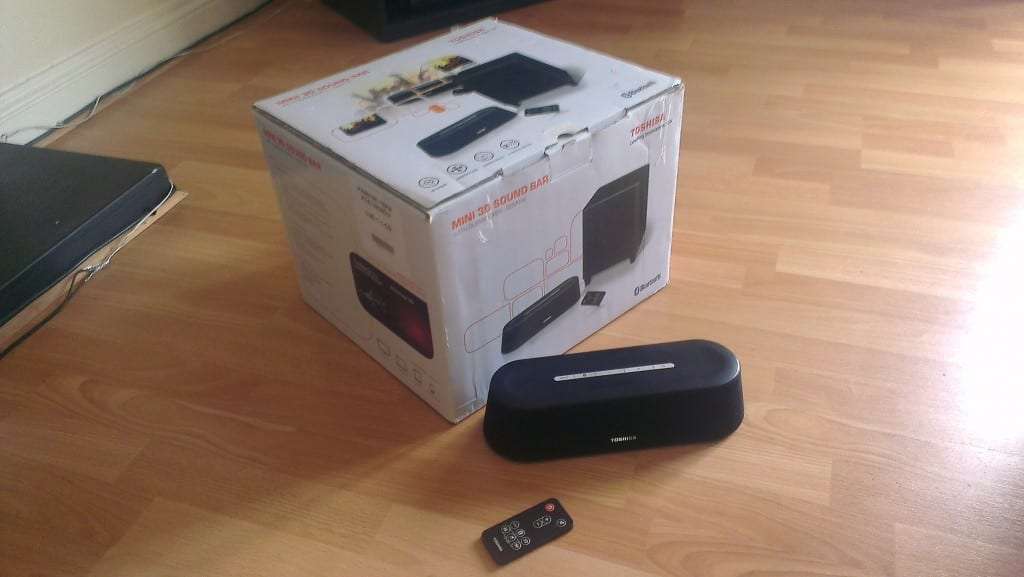 Setting up the sound bar was amazingly easy. We simply connected the subwoofer to the sound bar and the power cable to the wall and that was it! The device has a nice collection of audio ports including: 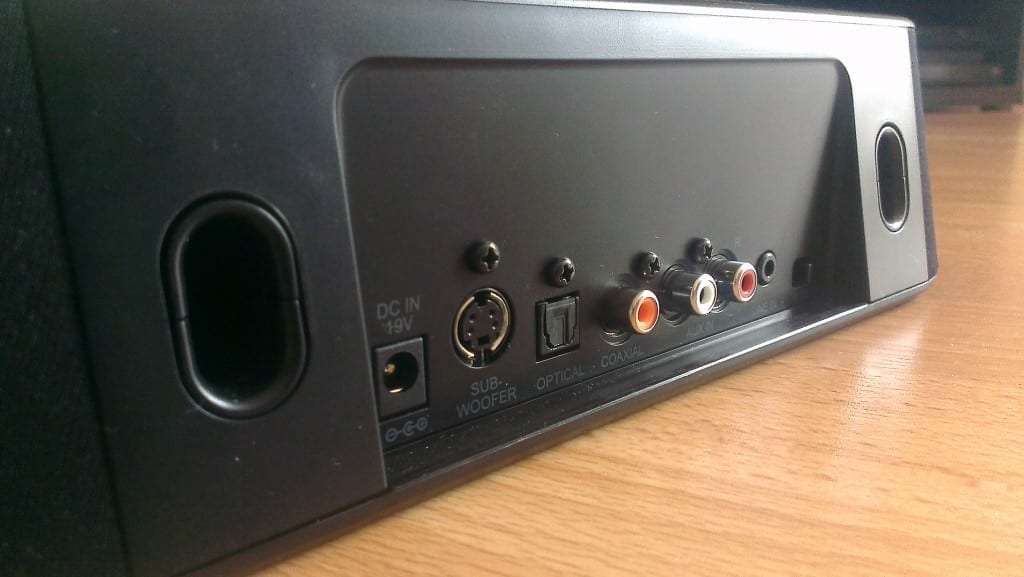 This was extremely straight forward

We first tested the bluetooth connection on the device and with the handy little remote this was extremely straight forward. We simply hit the bluetooth logo button and the LED light on the device started flashing blue to notify that it was discoverable on bluetooth. We then when to the music player on our phone, selected a track, selected for it to be played over bluetooth and it was as simple as that. 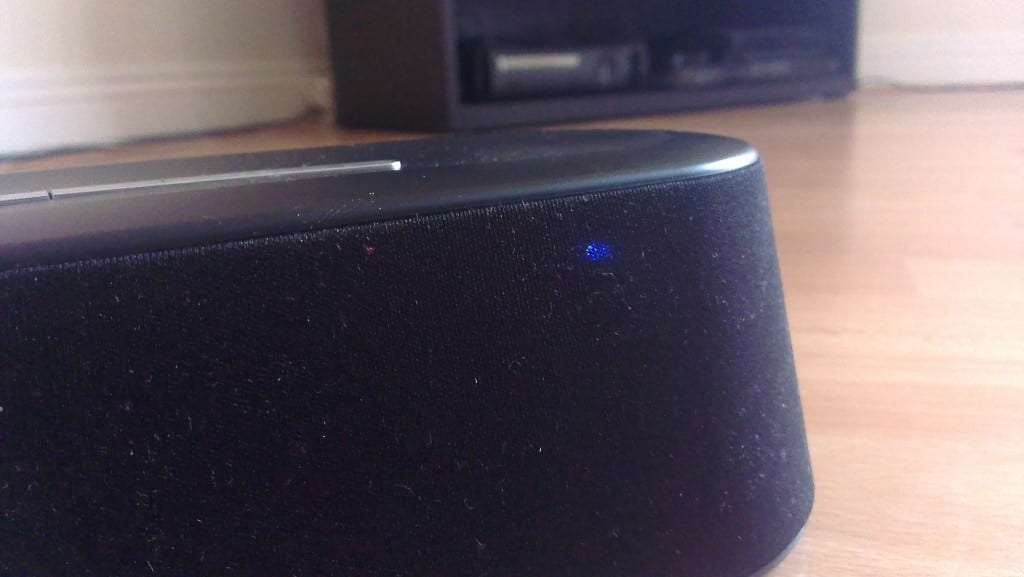 We must reiterate just how simple this system is set up. We went first opening the box to listening to our first song in no more than 5 minutes, it’s that simple.

The sound quality is very impressive considering the tiny size of this device. With the subwoofer attached, you will definitely get your fill of bassy lower tones also.

The effect is incredible

Now, with the device being call ‘3D Sound Bar’ we had to test this feature out for ourselves. With a simple press of the ‘3D’ button on the remote, our entire room was filled with music. The effect is incredible. It’s almost impossible to tell where the audio is coming from and it really does create a fully 3D audio experience. 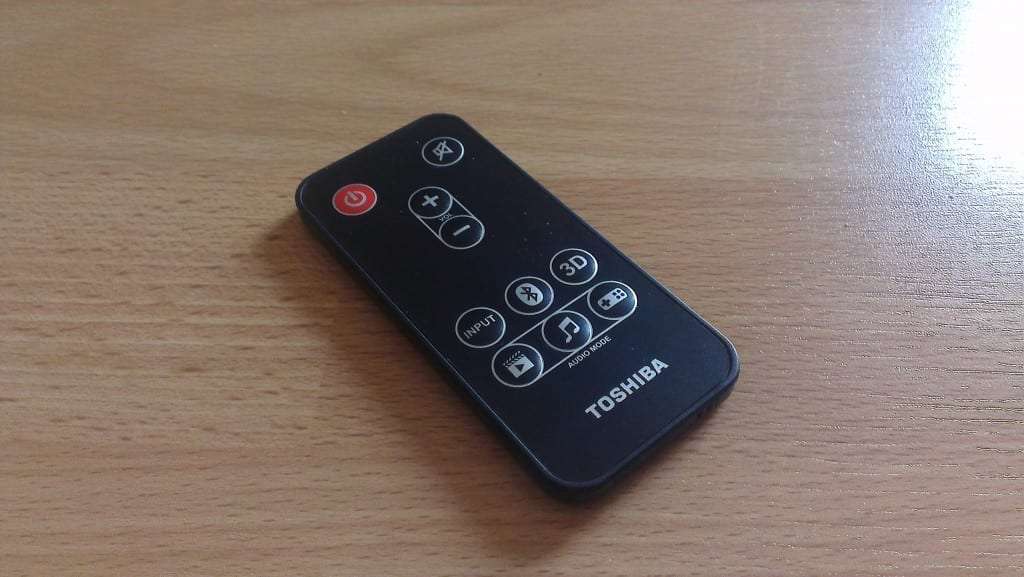 We then went on to test the other various ports. Firstly the L/R audio port with the bundled RCA cable. Sound quality was the same as to be expected but we couldn’t help feeling ‘tied down’ having to use a cable, that is quite short to be honest, having come from the ease and freedom of the bluetooth set-up.

We then tested the optical input with a connection from our current Toshiba 46″ TL series LED Smart TV (read our full review of this fantastic TV here) This is were the compactness of this device comes into it’s own. It takes up such a little footprint in your valuable TV stand space and the subwoofer can be nestled in behind the stand too as it’s not too big also. 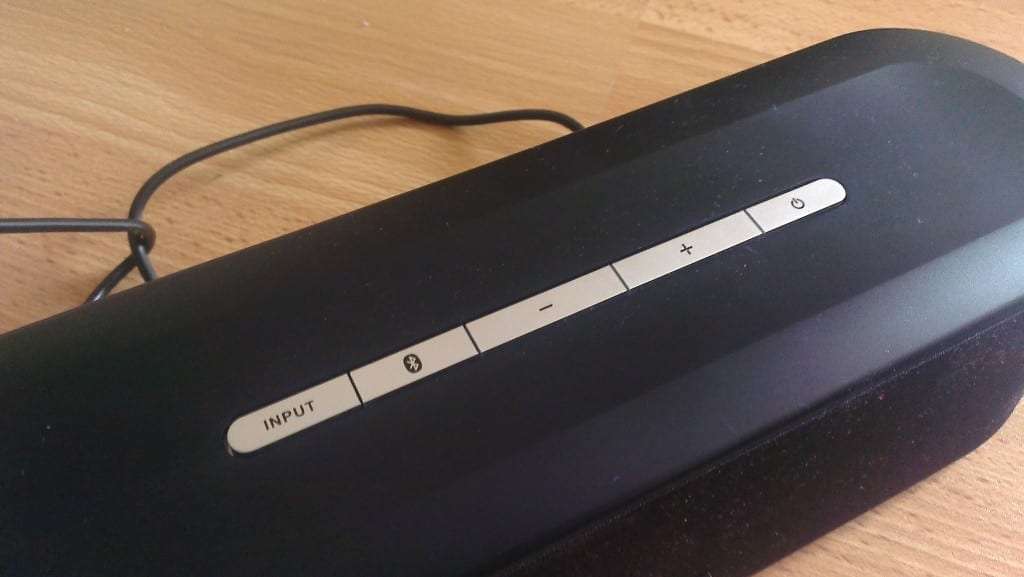 The optical sound quality was good but it won’t be replacing your 5.1 speaker system just yet. We did say the 3D effect was extremely impressive but for high action movies, sound source is important and you just can’t get the full 360 direct sound from this device. That said, the sound bar works wonders for music playback from the TV where sound source is not as important so it comes down to your needs and what you will use the device for.

The Toshiba 3D Mini Sound Bar really did impress us from the get-go. Coming in it’s unassuming box, we were worried about it’s ability to fill a room, even an average-sized one, with sound but we weren’t long losing that worry. The sound quality is extremely impressive and the 3D sound setting is one of those things that has to be heard to be believed.

If you’re in the market for a good quality sound bar system and want to keep it’s footprint to a minimum, this sound bar could be the one for you.

Click here for a link to Toshiba’s official site for all the specifications on this device.