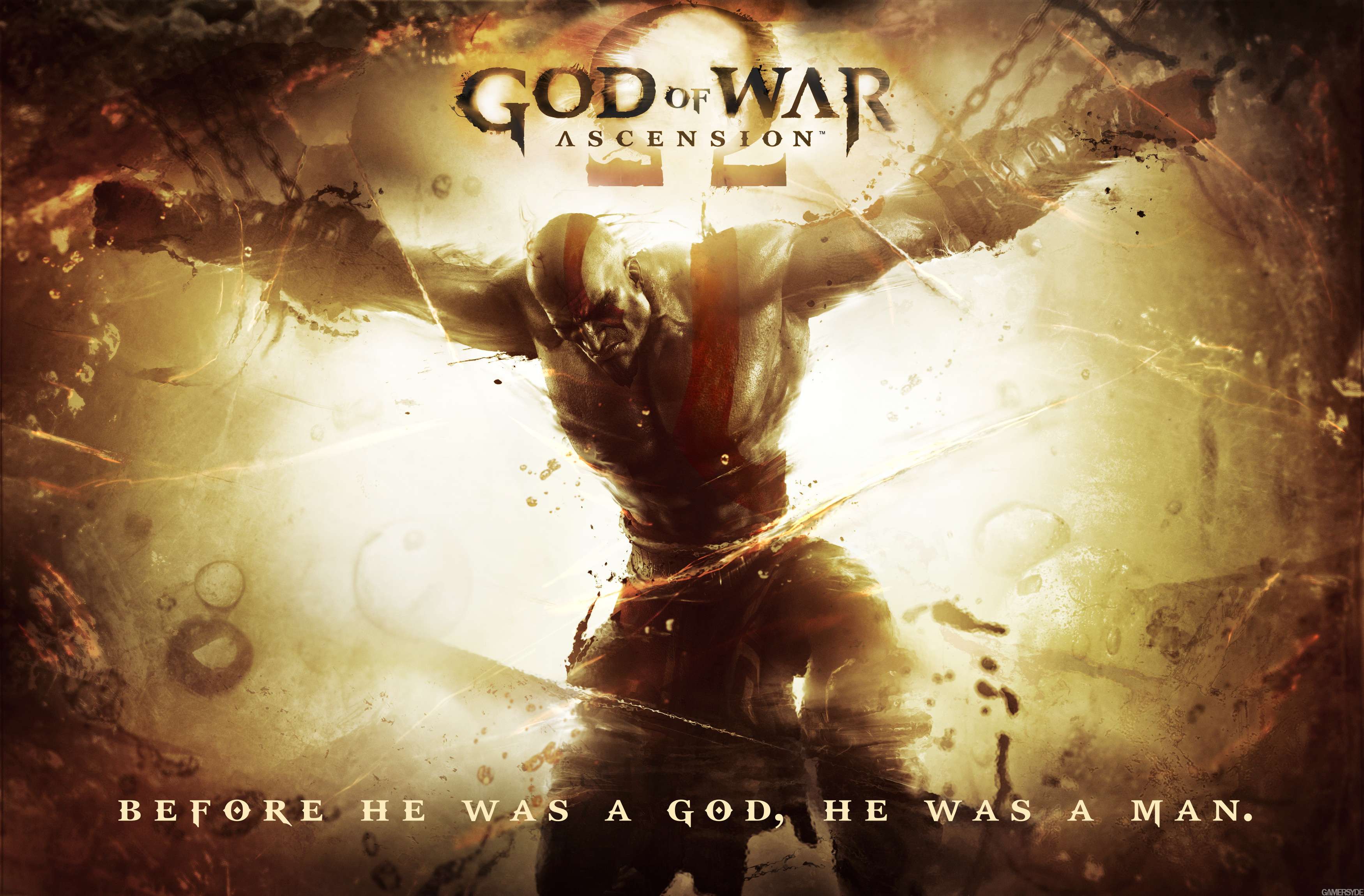 God of War: Ascension Review: A Blast from the Past

Bloody button bashing fun is one way to describe God of War: Acsension but the game is so much more than that. It certainly is great fun but with the addition of an epic multiplayer mode and a trip into the history to see what made Kratos into such a bad ass, this game really is one not to be missed. Here is our review of Santa Monica Studio’s God of War: Ascension.

This game is the seventh installment in the extremely successful God of War franchise and Santa Monica studio really have gotten better with time. Ascension is set right at the very start of Kratos’ story and sets up the timeline for the rest of the games. 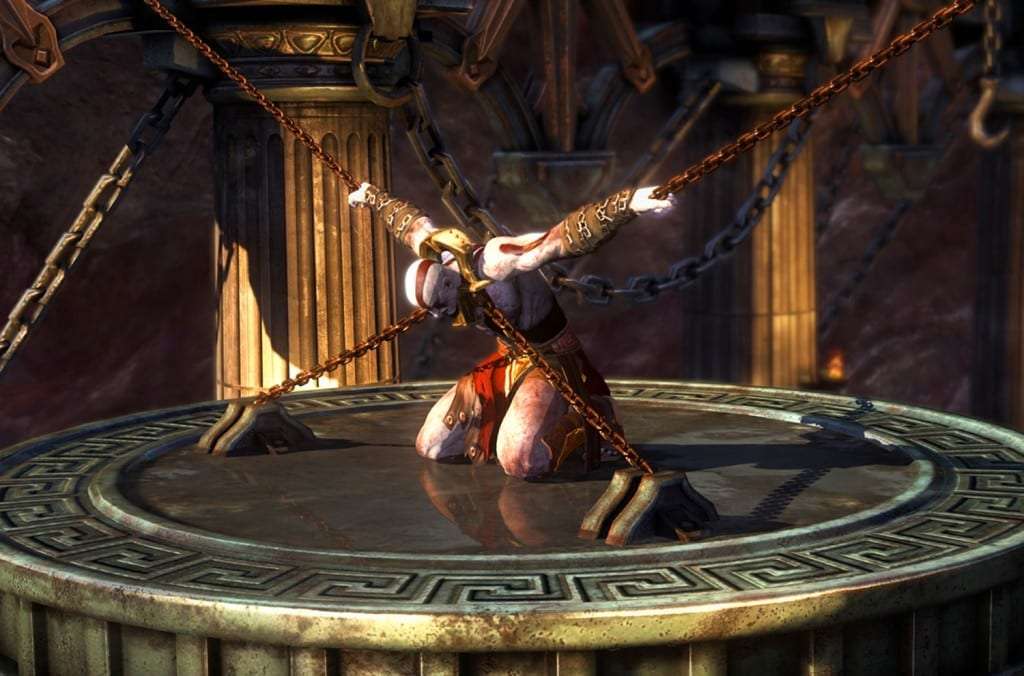 It has been 6 months since Kratos murdered his wife and child due to Ares’ trickery. Having sworn off his oath to the God of War and refusing to fight for him or do his bidding any longer, the three Furies have been sent by Ares to capture Kratos and imprison him in a Titan-sized prison of the damned, where he is tortured for months on end, driven insane, and constantly haunted by the illusions of the Furies.

With a raging desire to free himself from his oath to Ares, Kratos breaks free from the prison and becomes hell bent on killing the furies, with the idea that killing them will severe his oath to Ares with no consequences but this doesn’t appear to be the case. If I go on any more, I will spoil the story but I found it to be one of the more engaging and interesting stories in the GoW saga. 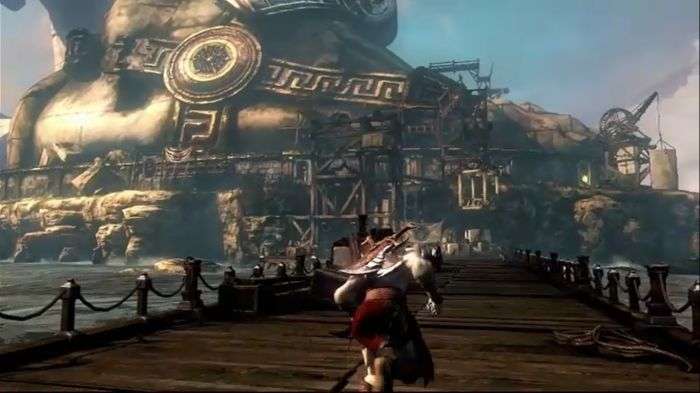 If you have played any of the previous games in the franchise you know what to expect from Ascension. It is a button basher with some impressive combos to be learned and mastered. As usual, your weapons are upgradeable but this time round, you are able to infuse your blades with the powers of the gods. This addition is quite a cool one as each power has it’s own advantages. For example, with the power of Zeus and his electricity, Kratos is able to perform ‘shocking’ attacks (see what I did there) and huge electric explosions and the same goes for the other powers.

The cameras, as before, is on a tracking system so you don’t get the freedom to spin it around in a battle or to take in the stunning scenery and set pieces, which I found a bit annoying. The controls overall are tight and well thought out and each button is cleverly allocated it’s own specific task. With each upgrade of your weapon, you really do feel more and more power from each hit so make sure you upgrade them as often as you can. 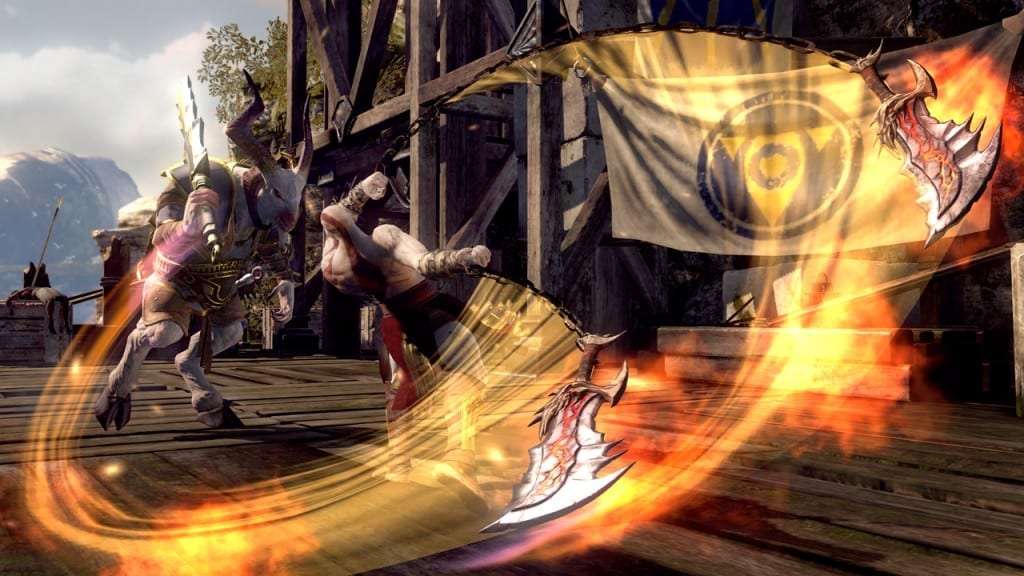 …the best looking games I have ever played

Where do I begin? This game looks simply stunning. As I mention in many of my game reviews, I am sucker for a game with good graphics and this is one of the best, if not the best looking games I have ever played. The attention to detail and the sheer amount of beautiful set pieces is mind blowing. Kratos looks like something out of a high budget CGI blockbuster, he’s that impressive looking. I literally found myself walking as slow as possible in some sections just to take it all in! The lighting, the creative location designs and everything else comes together to make one of the best looking games in years. Even if you’re not a GoW fan, I recommend you play this game just to see how stunning this game looks. 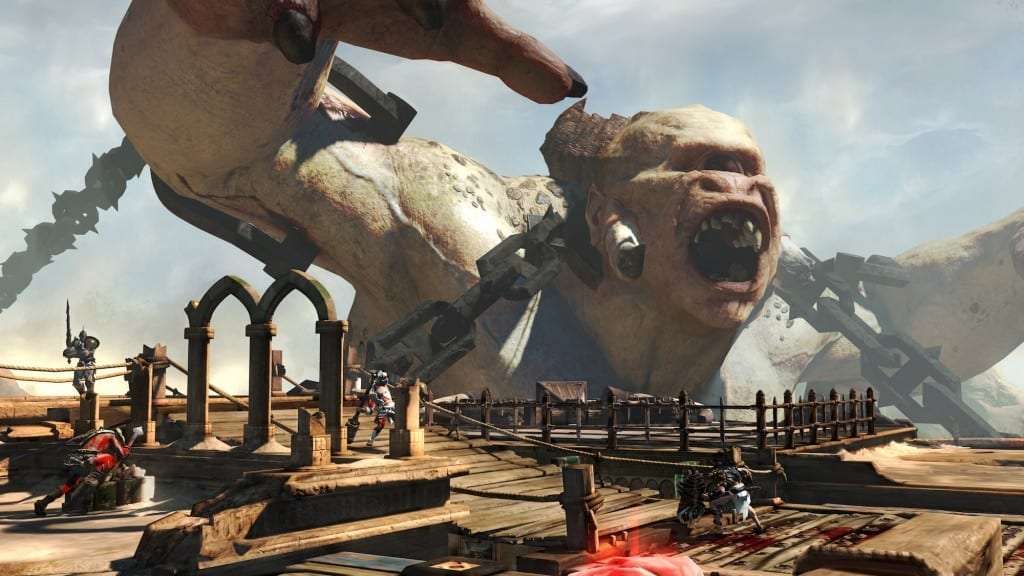 I must admit, I’m not much of an online multiplayer fan but this game really did get me hooked.

For the first time ever, mulitplayer has been introduced in the GoW franchise and boy have they got it right. The multiplayer part of Ascension, features multi-level arenas, where several warriors can fight one another. After starting off as the nameless redeemed prisoner (seen in the beginning of the campaign), you are then sent to the Rotunda of Olympus to choose a godly alliance. From here you go on to choose one of four current game types, with more expected to be added in the future.

I must admit, I’m not much of an online multiplayer fan but this game really did get me hooked. Again, you can upgrade your weapons and warrior and unlock weapons and armour which I found really addictive. It will be interesting to see what additions Santa Monica Studios bring to the mulitplayer side of the game in the coming months. 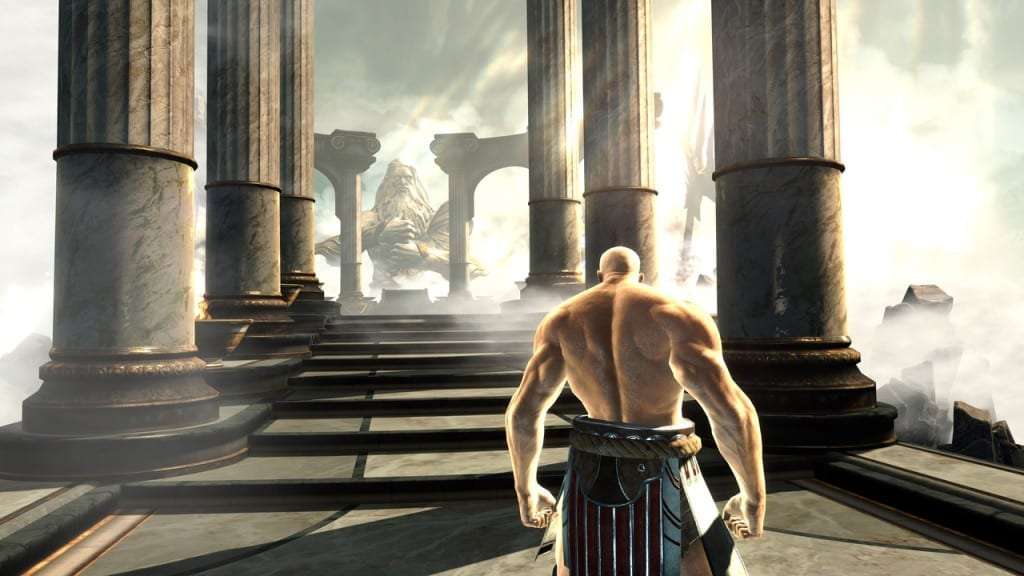 …it was worth the wait

I was waiting to get my hands on this game for a very long time and I can definitely say that it was worth the wait. Having been a fan of the series for a long time now, it was good to see the events which set Kratos’ story in motion and it is undoubtedly one of the best looking games out there. If you have a PS3 and you want to see what it can really do before it steps aside for the next generation of the playstation family, the PS4, then pick this game up, you won’t be disappointed! Now I’m off to play more multiplayer!