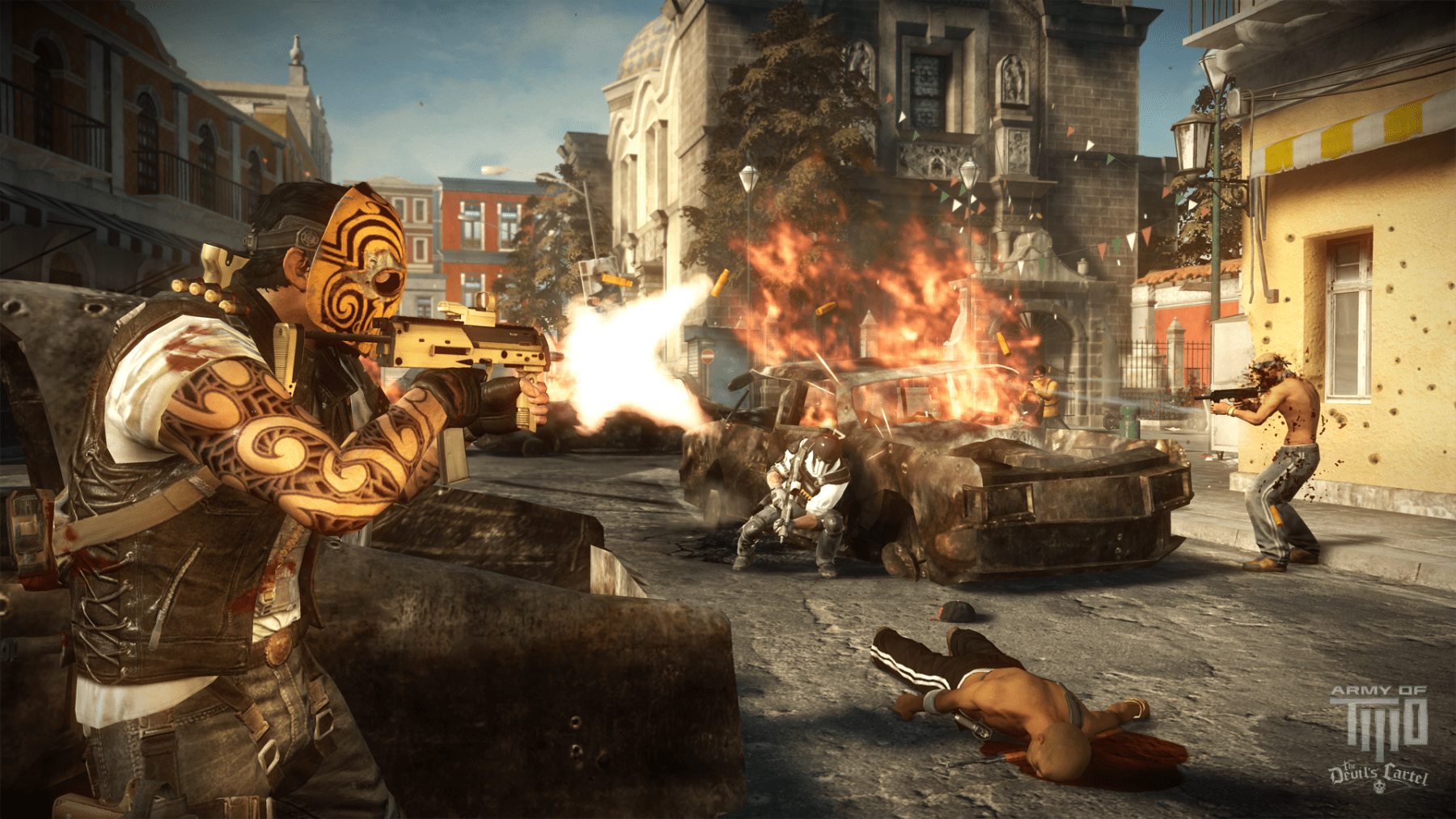 EA announce Army of Two: The Devil’s Cartel will be available this Friday

You don’t have to wait very long now to get your next fix from EA and the Army of Two franchise with Army of Two: The Devil’s Cartel being released on the 29th of this month or Friday to you and me. Having played the demo of the game recently, I must say that it really does look like a really polished game that delivers a punch in terms of gameplay too.

The graphics were clean, the dialogue witty as ever and the co-op gameplay was some of the best I’ve seen in a game. Will you be picking it up this Friday? Let us know in the comments. Click the link below for the full press release.

March 26, 2013 – Electronic Arts Inc. (NASDAQ: EA) announced that Army of TWO™ The Devil’s Cartel will be available Friday, 29th March in Europe. Building on the dynamic co-operative gameplay the franchise is known for, Army of TWO The Devil’s Cartel ups the ante further with deep customization and an intense story with unexpected twists and turns. The game introduces an innovative co-op feature called “Overkill” that rewards players for working together, allowing them to unleash the power of ultimate destruction.

“With Army of TWO The Devil’s Cartel, our goal was to blend intense moment-to-moment, co-operative gameplay with the most explosive and epic moments you see in Hollywood’s biggest blockbuster action movies. And we are delivering just that – a summer blockbuster movie you can experience on your Xbox 360 or PlayStation 3 right now with your friends,” said Julian Beak, Executive Producer, EA.

In Army of TWO The Devil’s Cartel, players find themselves on the war-torn streets of Mexico as Alpha and Bravo, two operatives working for Tactical Worldwide Operations (T.W.O.), fighting for justice against the country’s most dangerous drug cartel. Featuring both online and split-screen co-op, Army of TWO The Devil’s Cartel gives players the chance to distinguish themselves from their friends by providing a deeper and more advanced upgrade and customization system. From the mask that protects them in battle to the very weapons that keep them alive, players can customize their own Alpha and Bravo to create the deadliest mercenary team as they see fit.