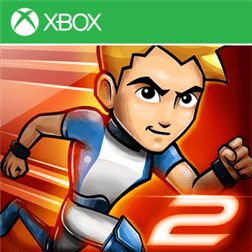 Unfortunately the game doesn’t take advantage of the Xbox for Windows Phone feature so there’s no achievement support.

Microsoft did promise to release Temple Run before the holidays but this delay only serves to highlight the biggest problem facing Windows Phone, especially considering that Temple Run 2 is now available on iOS.

That said, this is still a great addition to Windows Phone alongside Gravity Guy 2 which is actually on Windows Phone before iOS and Android.