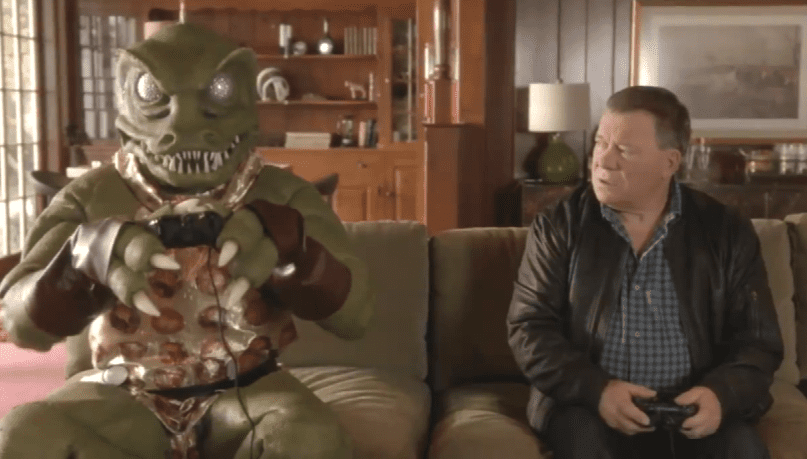 William Shatner Battles The Gorn for Star Trek: The Videogame

Captain Kirk hasn’t faced off against the Gorn since 1967 in the iconic battle during the ‘Arena’ episode, and to promote the upcoming movie tie-in game Star Trek: The Videogame, they’ve teamed up to tackle the games’ Co-Op mode together.

All doesn’t go to plan however and the situation escalates into a wild and action packed fight again… well, wild enough given their ages – Shatner is eighty two!

Check out the original fight at the link below, but be warned, it’s extremely violent…