No offence Vodafone, but it’s about bloody time you updated your price plans! The old ones were seriously stagnent! And to everyone out there, if you’re on Vodafone, make sure you check what plan your on now and if these new RED plans offer you any better of a deal (I’d be surprised if they didn’t!). As part of this announcement, Vodafone commissioned the amazing street / 3d artist, Julian Beever! Check out the pics at the end of the info below to see what he managed to do down in the IFSC in Dublin. You can see it for yourself until 1pm on Wed 3rd April 2013.

Vodafone Ireland has launched Vodafone RED, a completely new approach to mobile price plans that offers bill pay customers a choice of five plans with added benefits at no extra cost.  The five new plans challenge the current conventions on tariffing and move in a new direction, giving customers a range of simple options to enjoy an easier and richer mobile life at better value.

With Vodafone RED, the signature plan, customers will enjoy endless calls and texts to any network plus 2GB of data for only €55 per month.  In addition, this plan includes an optional new phone ever year such as the Samsung Galaxy SIII, expert care support for the first three months with easy, direct access to specialist care for any set-up, billing or technical queries which customers may have. The Vodafone RED plan also includes 5GB of free cloud storage.

The other plans in the new Vodafone RED¹ range are:

Furthermore, there is a new price plan for business customers, Vodafone RED Business Super, which is priced at €75 per month.

Introducing the new plans, Marcel de Groot, Consumer Director, Vodafone Ireland said “We’re calling time on complex call charges. We’ve looked at how customers are using their mobile devices and what matters most to them. These new plans reflect their changing needs. With Vodafone RED customers will be able to talk for as long as they want to as many people as they like without wondering about the cost. What’s more they will be able to enjoy as much data as they are ever likely to need – for sharing photos to uploading videos – as well as additional benefits for no extra cost making Vodafone RED the best value ever for mobile customers.”

In December 2012, Vodafone’s mobile data network was measured to be the fastest overall for HTTP file upload and download performance and web page download speeds by Metrico, a global leader in network and device testing, when compared to the other major mobile operators, in independently selected locations in Dublin, Limerick, Waterford, Cork & Galway.

Vodafone Ireland’s mobile data network achieved the best download speeds of all Irish mobile operators as recorded by random customers using the Speedtest.net application for the period between January 2012 and February 2013. This result is based on over 100,000 samples from customers using iOS and Android operated smartphones submitted on a nationwide basis. Speedtest.net is the global standard in Internet connection testing and one of the most popular independent data speed verification services in the world (www.speedtest.net). 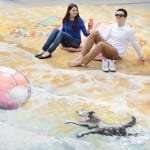 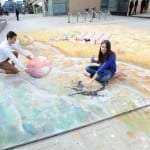