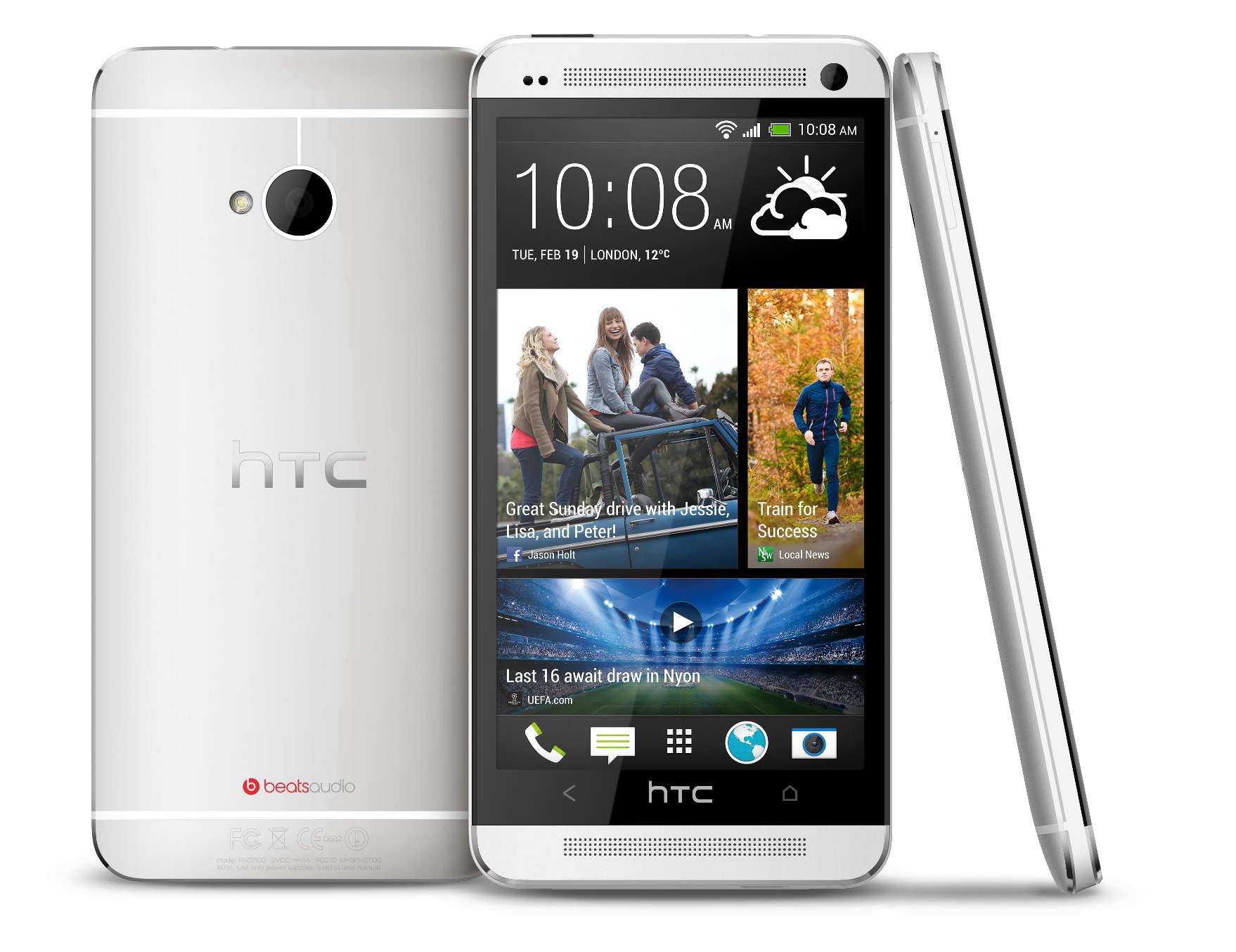 Here is our HTC One Review. We’ve been chomping at the bit to get our mits on the HTC One ever since it was announced and well it finally happened. We were lucky enough to get the black coloured unit, which we must admit, looks stunning. 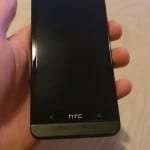 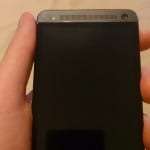 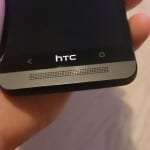 A little about this review. We’ll be covering the more unique aspects of the HTC One, like the Camera, Boom Sound, Blinkfeed  and hardware and won’t really be getting too much the android OS. To cover that, the HTC One is running Android Jelly Bean with 4.1.2 (soo to be upgraded to 4.2.2) with HTC Sense 5 on top.

The HTC One feels amazing in the hand. It’s made from a solid chunk of aluminium. It’s got this ‘pyramid’ structure that HTC introduced with the HTC 8x. That makes it thin at the edges and slightly thicker in the middle, but you really don’t notice it. Those tapered edges really make it feel super thin. Along with this, all the edges are chamfered, which not only makes it feel even thinner, but also looks great! 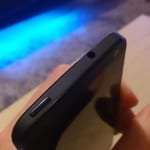 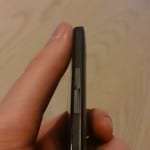 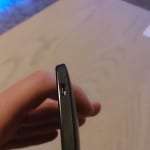 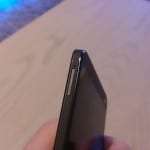 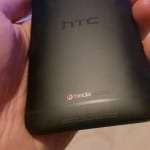 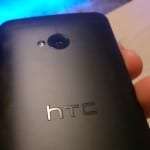 “easily the best screen in a phone right now bar none”

That screen… wow, it’s stunning. The SuperLCD3 panel is just amazing. Viewing angles are superb, black levels are top notch and it’s so sharp and clear that it’s easily the best screen in a phone right now bar none! The end. There is no more to be said on the screen!

Going round the phone, on the right side there is only the volume rocker, on the left only the Micro SIM card tray, on the bottom the micro USB and the microphone. On the top you’ll find the 3.5mm headphone jack and the power on / off / screen lock. This is also an IR Blaster that allows you to control your TV (more on this later). On the back of the phone we have the 4UltraPixel Camera module and flash and a noise cancelling mic. And then we get to the front of the phone. Here you’ll find a 4.7inch 1920×1080 Full HD Screen covered in Gorilla Glass 2. Below the screen are 2 buttons, a back button and a home button and one of the speakers and above the screen are the sensor array, a 2.1mp wide-angel front facing camera and the second speaker.

You read that correctly, the HTC One has stereo front facing speakers. This is what HTC are calling ‘Boom Sound’. It’s the first phone i know of thats doing this, and well, it just makes sense. Putting the speakers on the front and not the back is something that all manufactures should be doing. But Boom Sound is not only just the speakers it’s all got ‘Beats’ Audio built in to improve sound and bass response. And you know what, I really does work! The sound is amazing. Easily enough to place the phone on a table when you’ve a few friend around and enjoy the music off it!

“after using it for a few days, i have to say I’m in love with it”

Now onto that 4Ultra Pixel Camera. I’ve written about Ultra Pixels before so won’t go into that again, but I’m not going to lie, I was sceptical about this camera at first. But after using it for a few days, i have to say I’m in love with it. The shots it gets and the amount of light it sucks in is just amazing! And then you have ‘Zoe’, I know this is more software, but i’m going to cover it here. Basically, by enabling this mode, every time you take a photo the camera also takes a 3 second burst of video. It’ amazing. (I was going to do a whole piece on it, but the guys over at AndroidCentral have done a great write up) You can then remove people from the shot and do some really cool editing. On top of that, these ‘Zoe’ files automatically make a 30 second clip to summarize the day / event and they look great. I actually found myself wanting to go and look at them and see the photos and video I took!

“during our tests we had no problem getting comfortably through the day!”

On top of all that, the HTC One is powered by a 1.7ghz S600 with 2gb RAM and either 32 or 64gb of storage. There is no expandable memory here! Just worth keeping in mind. It’s also got a 2300mAh battery and during our tests we had no problem getting comfortably through the day! In terms of connectivity, it’s got it all, and then some. Wifi a / b / g / n and even ac!! Bluetooth 4.0, NFC, LTE.

The HTC One ships with Android 4.1.2 with Sense 5 on top. This is due to be upgraded to 4.2.2 pretty soon. I’m hoping that HTC keep up the update pace when new Android versions are released! Sense 5 is a big departure from previous versions of Sense, which if we’re all honest, were sluggish and bloated. I don’t get that feeling with Sense 5. I’m not sure if it’s down to the new hardware or if it’s just down to HTC getting it right. 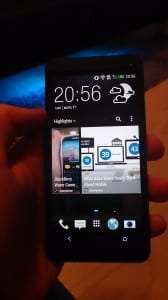 “This was one feature I was sure I wasn’t going to use or like, but again, I was wrong”

The biggest change in Sense 5 is ‘Blinkfeed’. As HTC describe it – “ simply pick the social networks, news and feeds you want to stay updated on and they’ll all stream live to your home screen. The pulse of your world is in the palm of your hand.” And i guess that’s kinda true. If Flipboard ever did a widget, this is how I would imagine it. I tried the different  news feeds and it worked well, but what I found myself doing is just having my Facebook and Twitter feeds populate Blinkfeed. I found this great. I was able to catch up on FB and Twitter really quick and even compose a Status Update / tweet right from the home screen! This was one feature I was sure I wasn’t going to use or like, but again, I was wrong (that seems to be happening a lot with this phone!). It is my go to home screen and it just really works! If you have or are getting the HTC One, don’t over look Blinkfeed, give it a go, you won’t be disappointed! 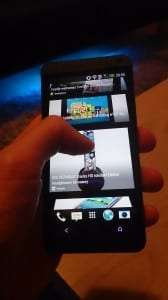 HTC have updated the multitasking element again. While it’s not a stock android experience, it’s much better than was in Sense 4. Double tapping the home button brings up 9 cards / recent apps. You can tap on the one you want to go to or flick it off to close it. Simple and effective.

“it really is the only thing that gets on my goat about the phone.”

One down side to there only being 2 buttons is the dreaded menu over flow button is back on screen (i.e. that button with the 3 stacked dots). Open Facebook on this and there is a big, black bar at the bottom with the menu button. It’s very annoying. HTC had sort of solved this in their last phones by making the multitasking button perform 2 actions, but now that button is missing, this is back. I’ve heard rumour that a new software update will allow for a long press on the back button to act as the menu button and I hope this is true as it really is the only thing that gets on my goat about the phone. 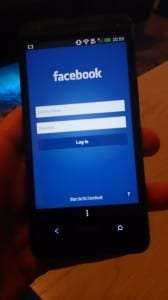 “Gone are the tabs at the bottom of the screen and in are the pivots as is standard design practice on android now.”

There isn’t a whole lot more to talk about software wise. The stock apps are great (as usual). The calendar app has gotten a nice update as has the dialler / people app. Gone are the tabs at the bottom of the screen and in are the pivots as is standard design practice on android now. With Android 4.1.2 and above Google allowed you to use high-res profile picture and this is an option on the HTC One. When it gets a good high res picture for a contact (either from FB / Twitter). It imports it and it looks great. I’ve always had to get 3rd party apps to do this for me, so I’m glad to see this built into the HTC One. In the instance where there is no high res pic, HTC puts a nice dot filter over the picture and I have to say I really like it. 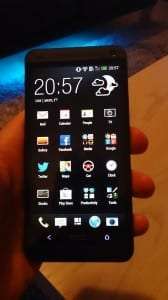 “Love it! I would like more of this please!”

I previously mentioned the remote feature. The HTC One has an intergrated IR Blaster. This allows you to use your HTC One as a remote control using the Remote App. At a simple level you tell it what TV / AV system you own and it will download the codes you need to control it! Simple. BUT, if you have Sky (come on UPC, get on board) you can tell it that, and it will let you know what shows are on, whats coming up next and even show you suggestions in your Blinkfeed. Tapping on a show will change the channel! Love it! I would like more of this please! 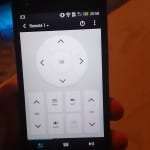 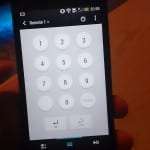 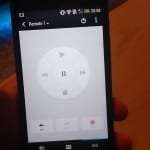 ” I can’t recommend it highly enough.”

I’m going to be all out honest here, I was a HUGE HTC fanboy back in the day of the Sensation / Hero, but the hardware and Sense 4 got so sluggish and was lacking any updates that for the past 18 or so months I’ve been using the Galaxy Nexus and loved it. Loved getting the software update in a timely manner. I love the HTC One. HTC have gone and done it right. The camera, although technically 4mp, is simply the best camera I’ve used in a phone. So fast and great photos, also Zoe mode just makes you want to take more and more photos / video.

The ‘Boom Sound’ speakers make sense. I’m always watching stuff on my phone, so being able to enjoy it right, well, that was mindblowing to me! Other manufactures should take note!

Over all, the HTC One is HTC back on form and I for one am glad. This is a great phone, solidly made with some great new and improved tech on board. I can’t recommend it highly enough.

The HTC One is available right now! Prices vary per network.