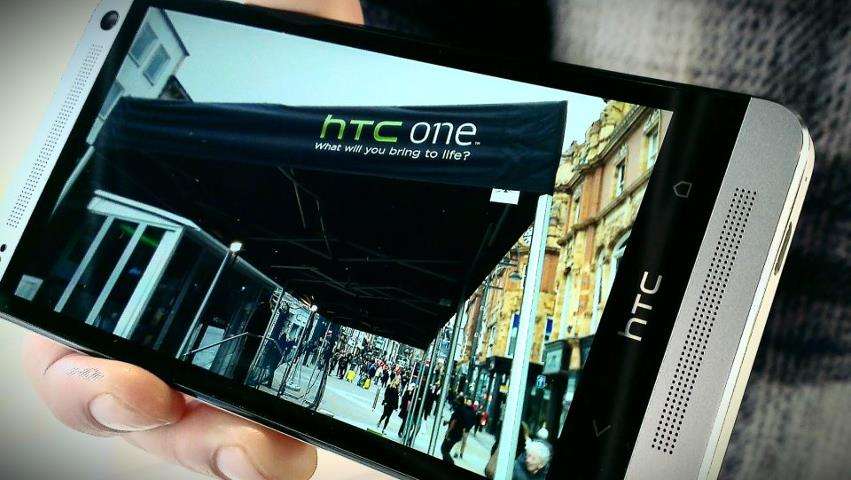 HTC are arriving into Dublin tomorrow, the Pavillion Swords to be precise, to show off their latest flagship phone, the HTC One as part of their ‘ONE City Experiential Tour’. You’ll get a chance to have some hands-on time with the phone and you’ll be shown some of the stand out features of this groundbreaking device like the dual, front facing stereo speakers and the brand new ‘Ultrapixel’ camera.

If you have and footie skills, make sure you head on down to show them off as well as you could be in with a chance to win tickets to the Champions League Final! So who’s going?! Click the link below for the full press release and read our full review of this fantastic phone right here. 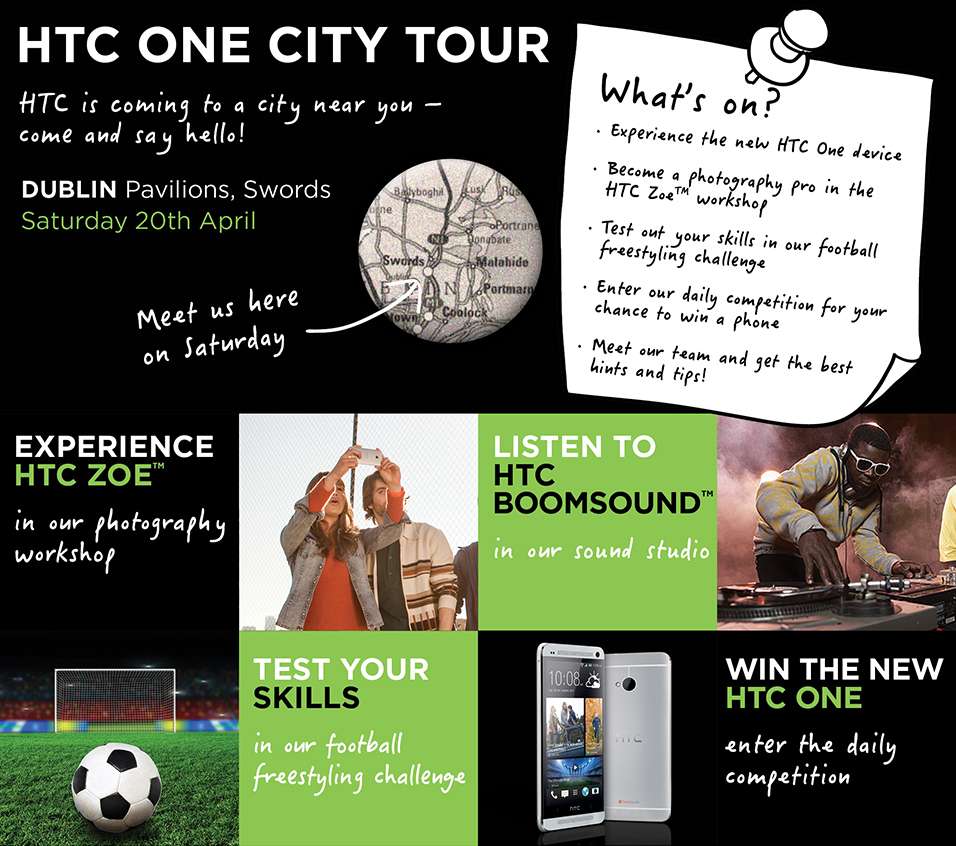 HTC’s ONE City Experiential Tour pulls into Dublin tomorrow. The tour will feaure a host of experiential elements to promote the new HTC One which is now available on all networks in Irelan. Activities on the day include photography master-classes demonstrating the Ultra Pixel technology, there will also be Sound & Picture demos where the superiority of HTC’s sound and screen will be clearly demonstrated against the competition. HTC will also edit, print and frame pictures for visitors to the road show. There will also be a chance to win tickets to the HTC sponsored UEFA Champions League Final by demonstrating your football “showboating” skills. Its all happening at the Pavillion Swords tomorrow, Saturday 20th of April. [/showhide]