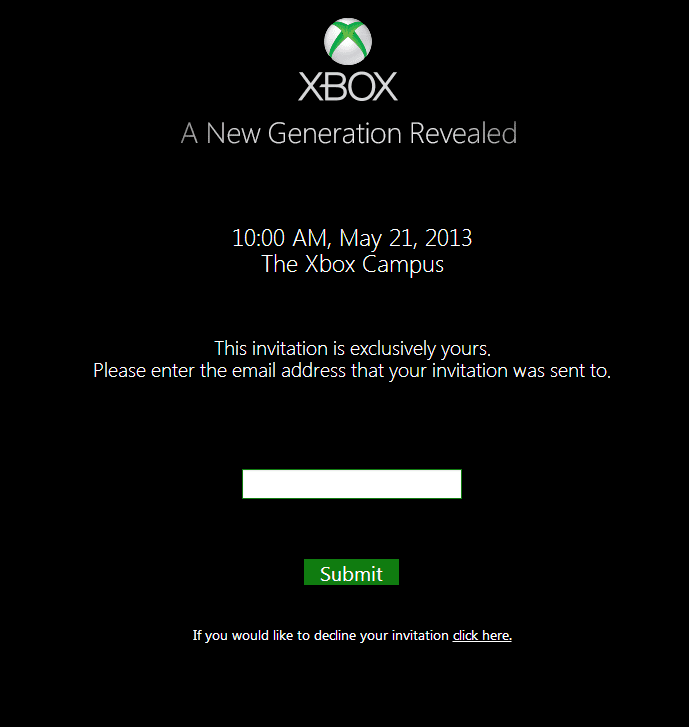 Microsoft Will Unveil the Next-Generation Xbox on May 21st

Microsoft will unveil the next generation Xbox on Tuesday, May 21st at their campus in Redmond.

The event will be streamed live globally via Xbox Live, Xbox.com and on Spike TV (for the US and Canada only).

MajorNelson says that [May 21st will] “mark the beginning of a new generation of games, TV and entertainment”.
Microsoft will show more of the future of Xbox at this years’ E3 in June.

Rumours and speculation have been flying thick and fast lately, with many citing that the new Xbox will require a constant online connection or that it will block any use of used games.
Most likely (and hopefully) these are false rumours, SimCity didn’t exactly enjoy its always online reputation.