Playstation Plus May Update

While I love my Xbox, recently I’m finding it harder and harder to justify the cost of Xbox Live Gold. It’s not the most reliable service in the world and well, every time I turn on my Xbox, even though I pay 60euro a year, and have done for 10 years now, I am still bombarded with ad’s all over the dash! And… well… I’m just tired of it.

With Playstation Plus, I really think Microsoft need to up their game. Basically for 10euro less (49.99) a year, not only am I not subjected to ad’s (well, you’re not on PS3 even if you don’t pay), but what you do get is some great games for FREE! Yes, the full game, free. I got Sleeping Dogs last month and in May you’ll be able to get your hands on Hitman: Absolution! You can download it and as long as you are paying your 50euro a year, then you can keep playing those games! It’s a great feature  and one I’m really enjoying. I’m playing games I either didn’t get round to or couldn’t afford at the time! I know I’ll most definitly be giving Hitman a go. 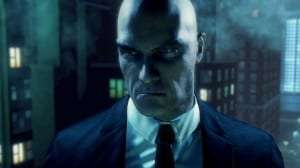 Here’s the complete line up and all the info of what you can get with your Playstation Plus account in May:

Sony Computer Entertainment Europe has announced the May line-up for PlayStation®Plus (PS Plus) subscribers with impressive titles such as Hitman: Absolution, Catherine and MALICIOUS heading your way on May 1st, when each of these PlayStation®3 (PS3) titles will be available to download.

Take on the moral dilemma of Agent 47 in Hitman: Absolution as he is faced with the most complex contract of his career. Forced to choose between the wishes of his agency or the life of his acquaintance, he’ll need to use all of his skills to survive and uncover the truth.

After several unexplained deaths in the city, things begin to take a dark turn for Kevin in the psychological horror adventure Catherine, when he has a strange encounter with an irresistible woman and his nightmares turn into a dreadful reality.

Enter a world of chaos in the unusual action title MALICIOUS in which the Kingdom of Santville lies in pieces and traitorous King Eldrake’s forces have been slain. You are a spirit vessel summoned by the prophets to battle the dark force that has emerged and come to be known as the MALICIOUS.

Like to game on the go? Then grab your PlayStation®Vita (PS Vita) and enjoy the unique shoot ’em up hit Sine Mora, which will be available on PS Plus from 8th May. Alternatively, prepare to be impressed by the ultra-sharp and stylish visuals in the innovative space-age shooterVelocity Ultra HD, available from the 15th May.

PS Plus provides subscribers with access to top-rated games* on PS3 and PS Vita throughout the course of the subscription. Gamers also have access to great PlayStation®Store discounts as part of their subscription package.

PS Plus subscribers receive an array of exclusive features and access, including 2GB cloud storage (1G for PS3 & 1G for PS Vita ) for game saves which will be welcomed by subscribers keen to take advantage of the Instant Game Collection. Automatic update and beta access, as well as a huge collection of exclusive dynamic themes and PlayStation®Network avatars, makes PS Plus the place to be in 2013.

PS Plus is also available on PS Vita, extending the service to two platforms for a single price of £39.99/€49.99 for a one-year subscription or £11.99/€14.99 for a 90 day subscription will give users the same fantastic features including exclusive access, special features and huge discounts.

*Top-rated is based on a meta-critic rating of 70+