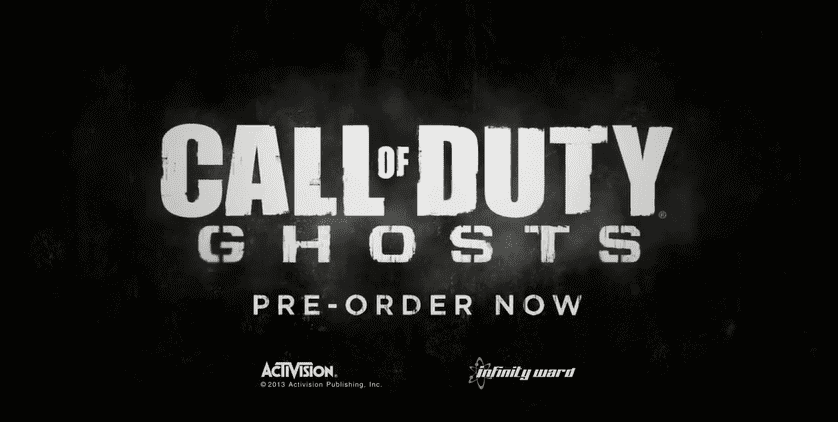 Call of Duty: Ghosts is Official and will be Revealed in Full Alongside the Next Xbox

The teaser trailer for Call of Duty: Ghosts has gone live, with Activision promising a full reveal at Microsofts’ #XboxReveal event in Redmond on May 21st.

No gameplay footage is shown but the game will purportedly be released November 5th, 2013 for PC, Xbox 360, PS3 and “next generation platforms”, with a “next generation Call of Duty engine”.

More will be revealed on May 21st.