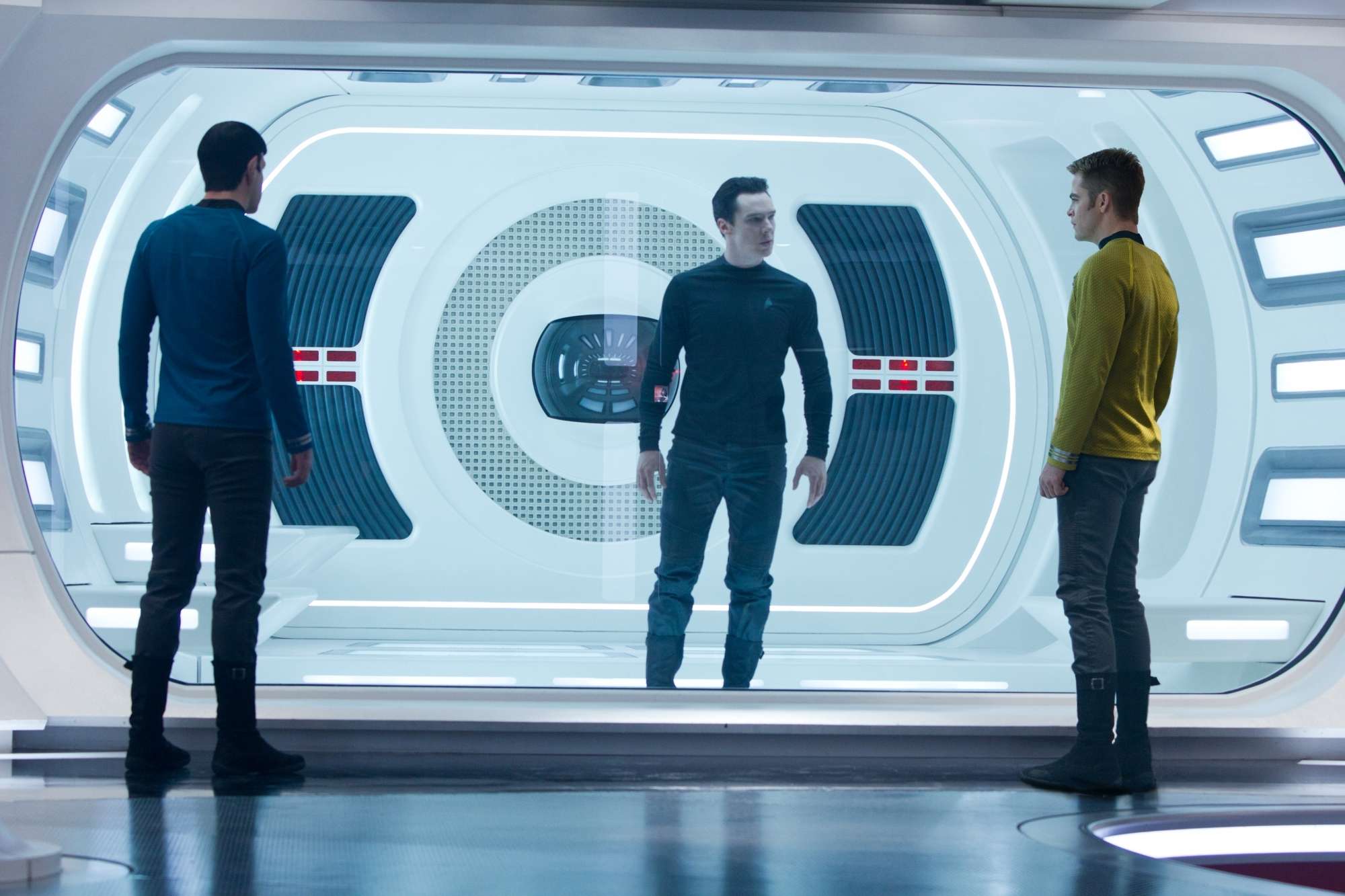 Star Trek Into Darkness: The Review

Star Trek used to be like Marmite. You either loved it or you hated it. There was no middle ground.

But when JJ Abrams was picked to be the one to take charge of rebooting the franchise in 2009, it opened the universe up to a whole new generation of fans. The first film did a wonderful job of introducing us to a shiny new Star Trek with a talented, youthful cast who breathed life into already established characters (not an easy thing to do). It managed to be exhilarating, fresh, and most of all…fun. It appealed to both fans and non-fans alike. (It also made a very tidy sum at the worldwide box office.) And it did a wonderful job of maneuvering all the pieces of the puzzle into place so by the final shot we were ready to go on a series of adventures with this new crew.

Star Trek Into Darkness is the first of those adventures and is once again directed by JJ Abrams. 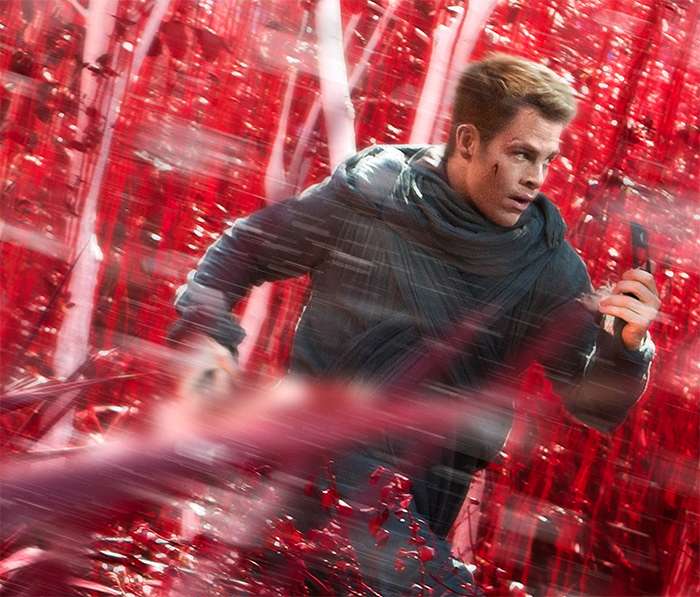 Kirk on the run

Things start off well, as anyone who saw the 9-minute IMAX preview last year can attest to. The film hits the ground running with the crew of the Enterprise engaged in a thrilling mission to save a planet from certain doom. And they are up to their old familiar tricks. Kirk is violating the Prime Directive. Bones is complaining. Sulu is doing some nifty piloting. Scotty is giving all he can. Uhura is monitoring communications. Chekov is borderline unintelligible. And Spock is…being logical.

After a couple of brief scenes back at Starfleet headquarters we transition to a very futuristic-looking London where we meet a couple who are on their way to hospital to be with their terminally ill child. For a few minutes it feels as if we are watching a completely different film, until we are introduced to the mysterious John Harrison (a chilling Benedict Cumberbatch), who offers to save the girl’s life in exchange for a very big favour.

A coupe of terrorist attacks later and in no time Kirk and the crew are racing across the galaxy on a mission to bring Harrison to justice. But things are not as they seem (are they ever?). So far so good.

But then it all starts to fall apart. One forgettable action scene follows another. There is far too much overly complicated exposition. And slowly but surely the fun element starts to drain away… 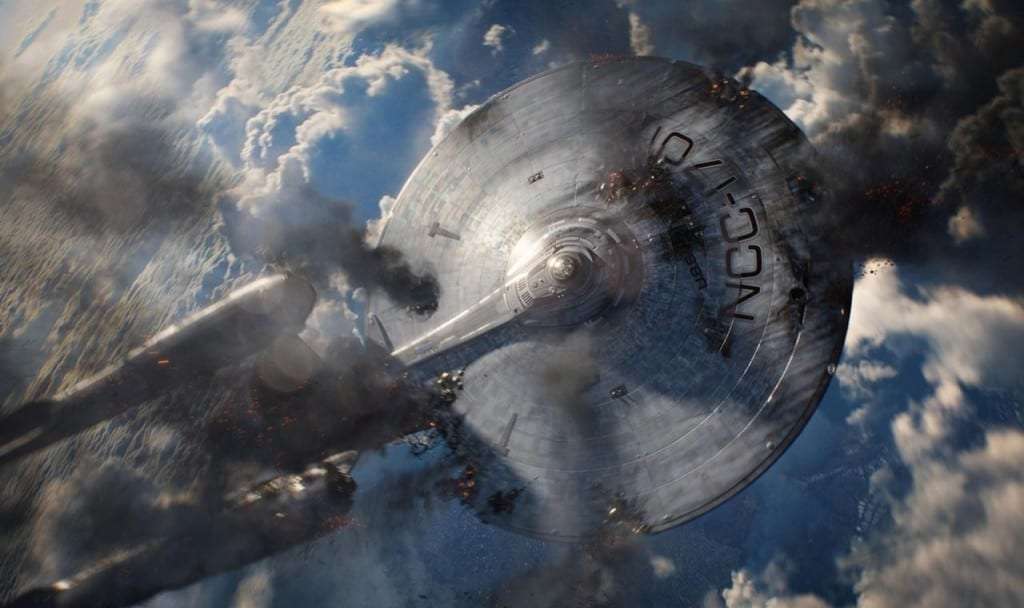 It’s tough to pinpoint exactly what’s wrong as many of the familiar elements are here. Lens flare. Check. Shots of people running down corridors. Check. The Enterprise getting well and truly battered but still managing to fly. Check. It just feels as if we’re see nothing NEW. We’re not seeing anything that hasn’t already been done bigger and better. And the whole thing just fails to…engage (sorry). And it takes itself way too seriously. The few attempts there are at humour fall flat and one or two moments even elicited an audible groan from the audience I saw it with. But worst of all, it ultimately relies far too much on the plot of another film that many of us have already seen. And this is one of my biggest issues.

The next paragraph is going to veer momentarily into spoiler territory so if you want to remain pure then skip it. You have been warned.

If you are going to bother making an effort to create an alternate timeline where ANYTHING is possible (as the first movie established) then why bother sticking to the old timeline so closely? Into Darkness begins to follow the original sequel to 1979‘s Star Trek : The Motion Picture almost to the letter (with a twist or two). There is even a moment when they contact a character from the original crew (a pointless cameo) and ask him how HE overcame the problem they are currently faced with. I’m not kidding. Echoing one of the original films so closely should feel like a neat homage but in the end it just comes across as lazy writing. 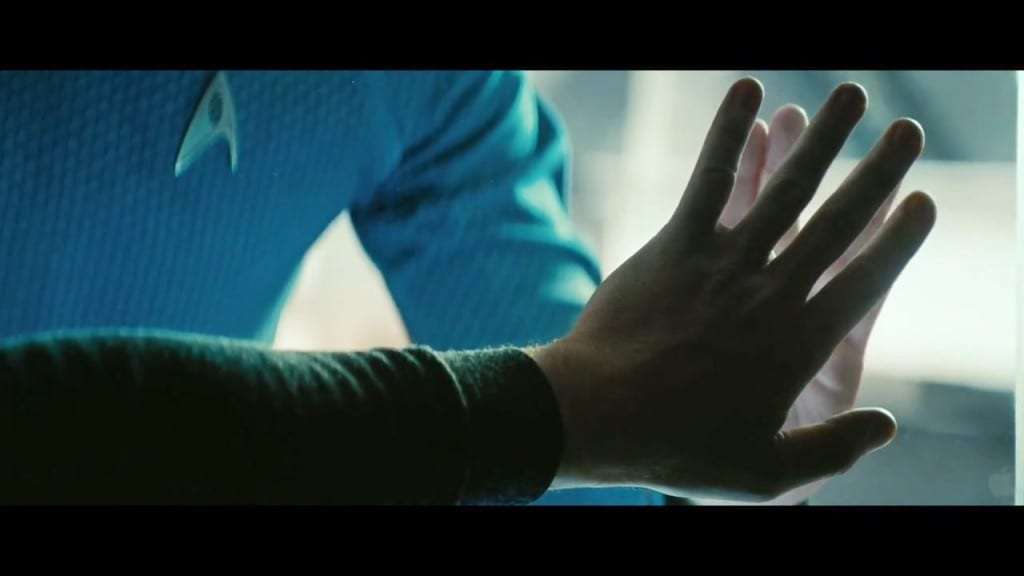 The needs of the many…

It’s not all bad. We do get our first glimpse of the Klingons (no doubt the villains in the next installment). The special effects are stunning (especially the shot of the Enterprise emerging from water near the start. The new warp-trail effect is great too). There are a couple of nicely staged, if forgettable, action set pieces. And Michael Giacchino’s score is, as always, excellent. And the cast are great. They have slid into their roles effortlessly and seem very comfortable in their character’s skin. Although the new addition to the crew, Dr. Carol Marcus (Alice Eve) doesn’t make much of an impression. But make no mistake – this is Cumberbatch’s film. He commands attention in every scene he is in and forces others to up their game in the acting stakes. It’s just a shame his considerable talents are wasted on this poor script. 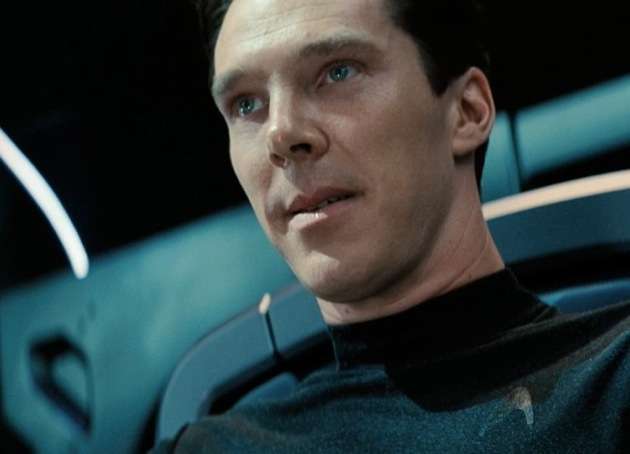 I still think JJ Abrams is a great filmmaker. But I feel his eye wasn’t completely on the ball with this one. Who knows? Maybe he was preoccupied with the thought of moving on to Star Wars, the next sci-fi franchise he is being entrusted with (and by his own admission, his first love).

I guess your enjoyment of Into Darkness will largely hinge on how much of a Star Trek fan you already are and how familiar you are with the existing films. I’m sure there will be plenty of people who will enjoy it as a forgettable, entertaining summer popcorn flick. But I think the bigger the Star Trek fan you are the more disappointed you’ll be. 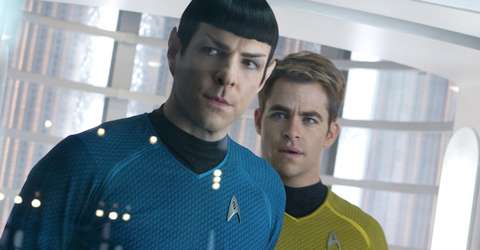 If I could think of another film to compare it to it would be the Casino Royale sequel, Quantum of Solace. It’s also a noisy, soulless, humourless follow-up to a film which gave new life to a withering franchise. And it (almost) undoes all the good work that the first film did. Don’t get me wrong – it’s by no means the end of the road for this crew. And it IS worth seeing – on the biggest, loudest screen you can find. Just lower your expectations.

Abram’s future with Star Trek at this point is unclear, but maybe it’s time to let a different director take the helm for the next one. Or maybe it’s simply the case that in this alternate timeline the even-numbered films will be the bad ones…

Star Trek Into Darkness opens in Ireland on the 9th of May.