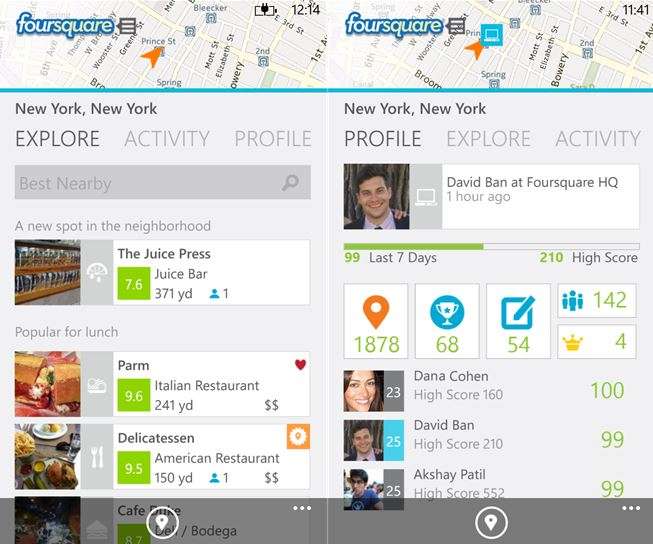 The app is visually pleasing and according to Foursquare it’s: “tailored for the Metro UI” and “specially optimized for Nokia’s shiny new Lumia phones.”

New to this version is voice control, lock screen notifications and check ins via NFC among other changes. 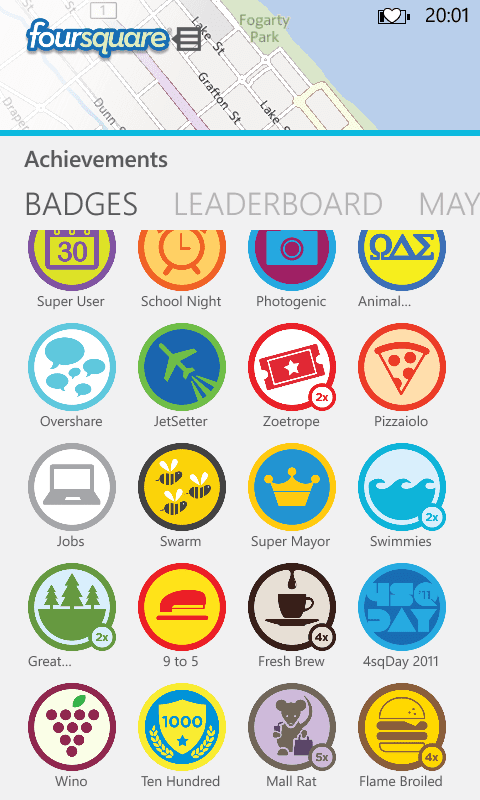 The new app will come pre-loaded on future Lumia devices and will apparently integrate deeply into the Lumia ” augmented reality experience” i.e. HERE City Lens perhaps, which should make it easier to check in and find deals or as Foursquare like to put it: “so it feels like you’re in the future when you’re finding cool places and money-saving deals”.