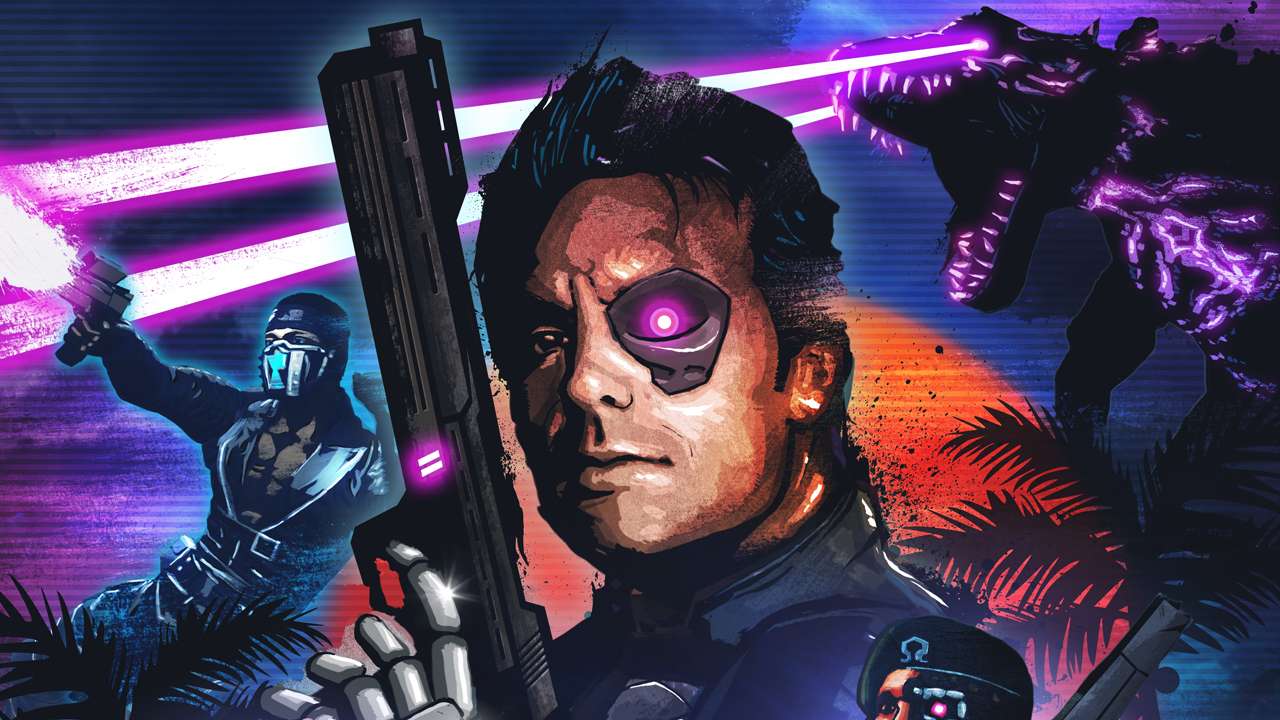 First off we’ll clear something up. You don’t need Far Cry 3 to play Far Cry 3: Blood Dragon. In a world of seemingly endless DLC (I’m looking at you Borderlands 2) Here we have a standalone game which borrows the mechanics of the latest Far Cry, But adds laser mounted lizards, Cyborg commandos and enough nostalgia for 1980’s action movies to make everyone who remembers Tango and Cash smile incessantly. Based in the future (2007) the world has been ravaged by nuclear war. Neon lights dot the landscape as do giant mutated komodo dragons. 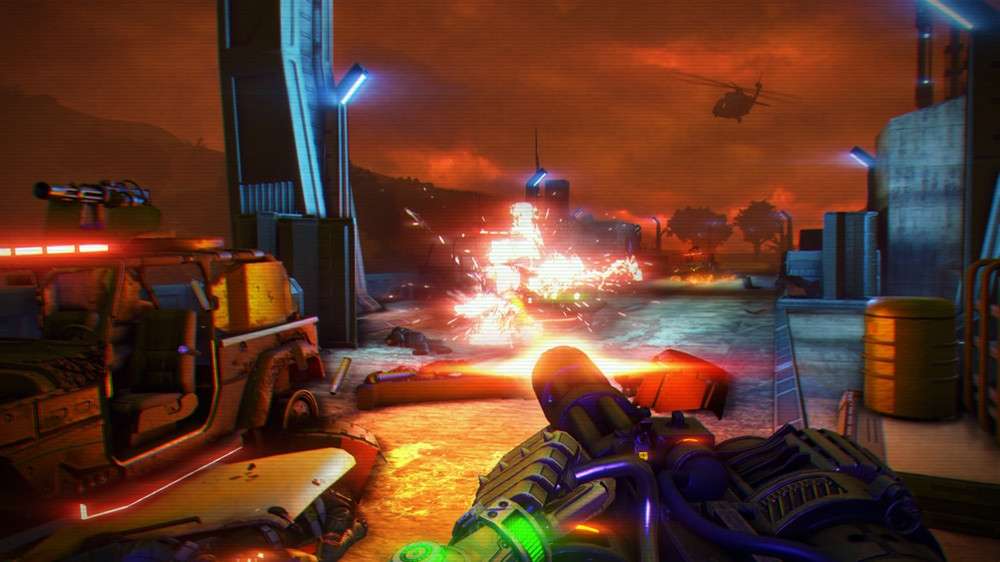 You’re welcomed to the game and story-line through a selection of VHS quality video and 16 Bit graphic storyboard. You are Rex Power Colt. Half man, half machine but all American. You are a Mark IV cyber commando and basically the quintessential 80’s action hero. In the first fifteen minutes there are nods to Predator, Die Hard and Terminator. Hell you’re even voiced by Terminator and Aliens star Michael Biehn! 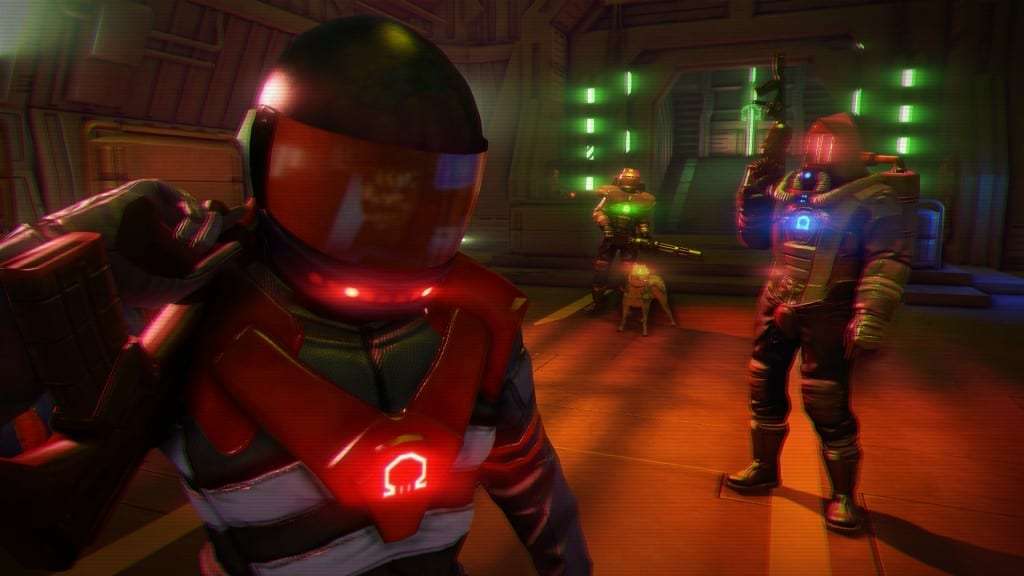 As I stated earlier, the mechanics of Far Cry 3 pretty much remain in place. You target a stronghold and set about clearing it. This you can do multiple ways but, Just like the original, there are many side missions and tasks that can be completed without affecting the main story line. You can of course wander the countryside and hunt for wildlife and loot. But what Blood Dragon does differently is offer you the chance to skip the stealth side of things and tool you up with perks and weaponry straight off the bat. Exploding ninja stars? Check. The ability to see the world like the T800? Check. The ability to carry more than is humanly possible? Check. 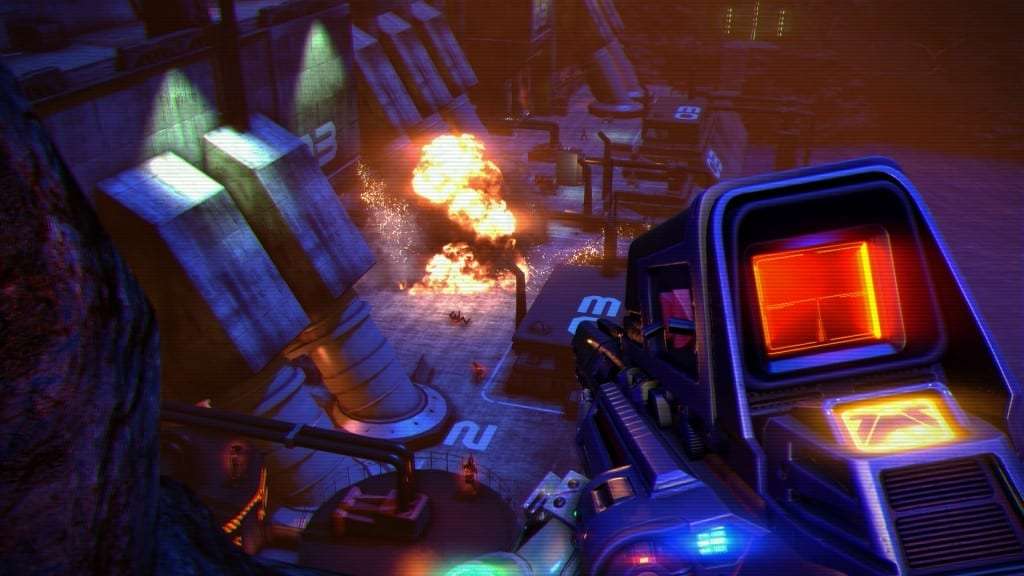 The humour and style of this game is very refreshing to see. Not many developers would try to shake things up by going in such a radically different direction. Everything from the storyline to the characters screams cheesy action film and the synth soundtrack borrows heavily from Terminator and Blade Runner. But for all the in jokes and nostalgia the most important thing is that this is a great game. It’s big, bold and colourful. It’s over the top and isn’t ashamed to be.