Thats right, it’s pretty much confirmed that the PS4 will be available in 2013 this side of the Atlantic!
During the PS4 announcement ‘holiday 2013’ was mentioned and well, given the wording, it was assumed that was a US release. Basically we feared that the PS4 would suffer the same fate as the PS3 and hit Ireland 6 months after the US launch, but following a full page ad run in the London edition of the Metro today, it’s basically confirmed for a 2013 launch over here. I know, I know, it’s a UK paper, but historically UK and Ireland are launched at the same time, so I don’t think it’s too much of an assumption that because it was in a UK paper that we’ll also be seeing it here in Ireland before Xmas!

The ad reads: ‘Now is the time. World’s greatest players are going to entertain, create and amaze on the ultimate stage. This year, a new generation will push the boundaries of play and share in moments of wonder. This year players will become legends’ 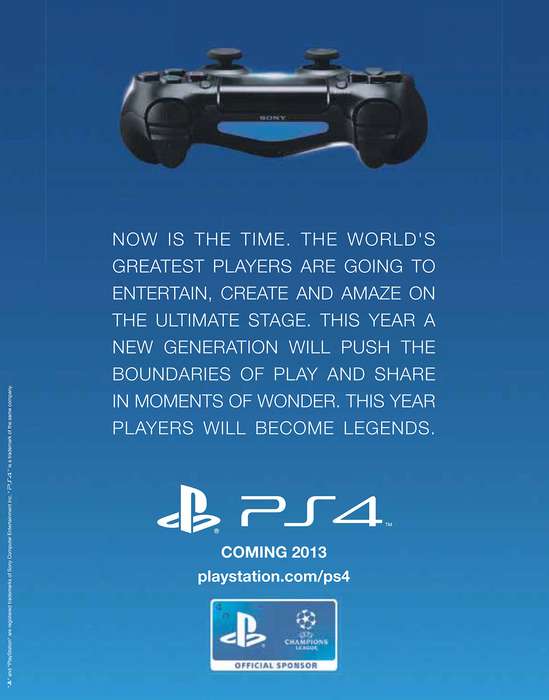 I don’t know about you, but I’m super excited about the PS4.

Check back over the weekend where I’ll be discussing the Xbox announcement a bit more!