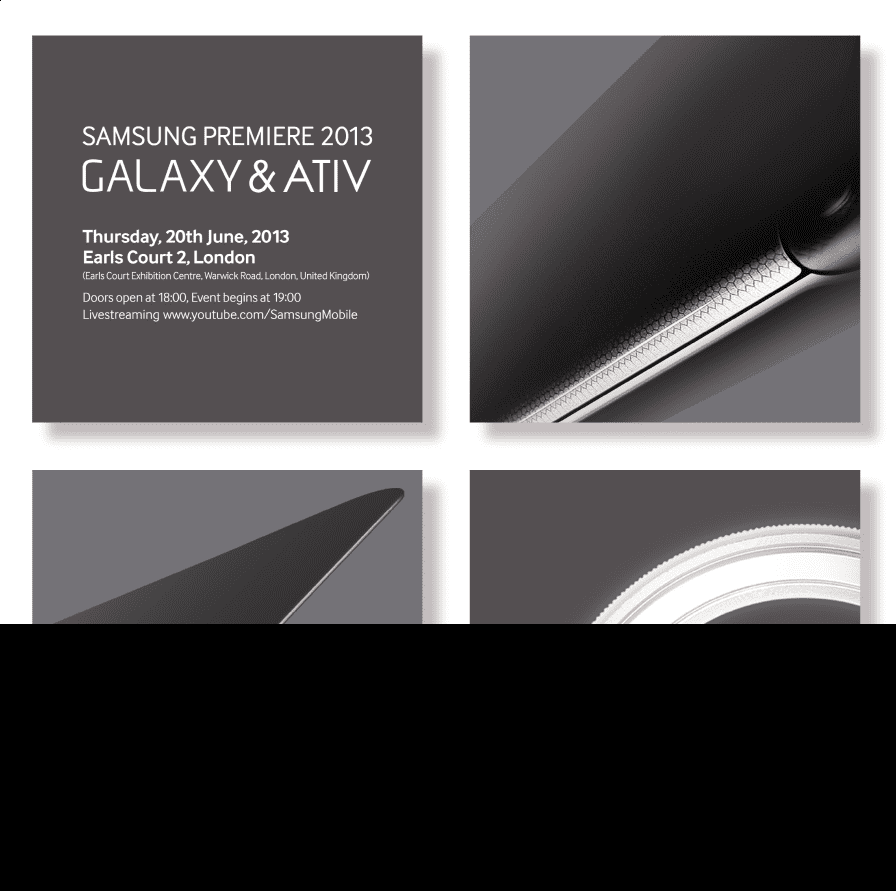 Samsung have announced that on June 20th they’ll be unveiling the newest additions to their ATIV and Galaxy ranges, which are the companies’ collection of Android and Windows devices respectively.

The Galaxy premiere may focus on a new Galaxy tablet as the new S4 phone is still fresh on the market, while the ATIV announcement could be a Windows 8 laptop, tablet, hybrid of the two or even a new Windows Phone 8 device.

The event will start at 7PM BST on June 20th and Samsung will be streaming the London-based show on their YouTube channel.
The ‘Samsung Premiere 2013’ event will come just a week after Apple hold their yearly WWDC conference, an event which usually sees a new iDevice or two and just six days before Microsoft’s BUILD 2013 Developer conference, where the newest version of Windows 8 is set to be shown for the first time.