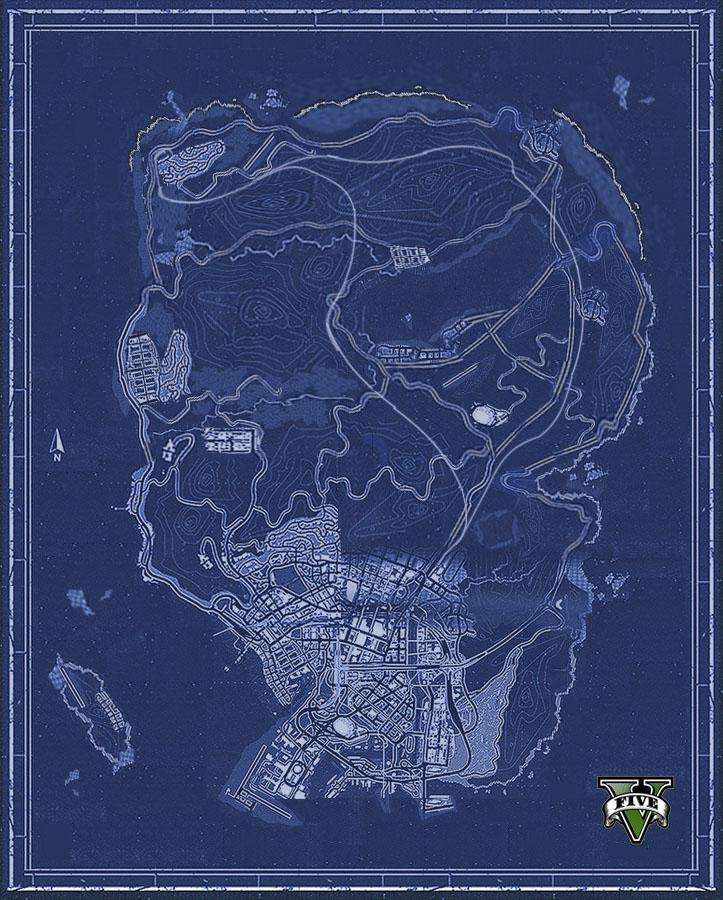 Rockstar Games have been releasing snippets of blueprints of the full Grand Theft Auto V map for a while and someone online has done their best to fill in the blanks and put them together to form a complete, possible GTA V map.

Rockstar won’t comment on rumours and speculation (they rarely do) so we’re left to ourselves to deem whether or not it looks plausible.

We only have just over 3 months to wait, so there’s plenty of time to scrutinize every tiny detail.
Grand Theft Auto V will release September 17th for PlayStation 3 and Xbox 360 – no word yet on Xbox One or PlayStations 4 availability.