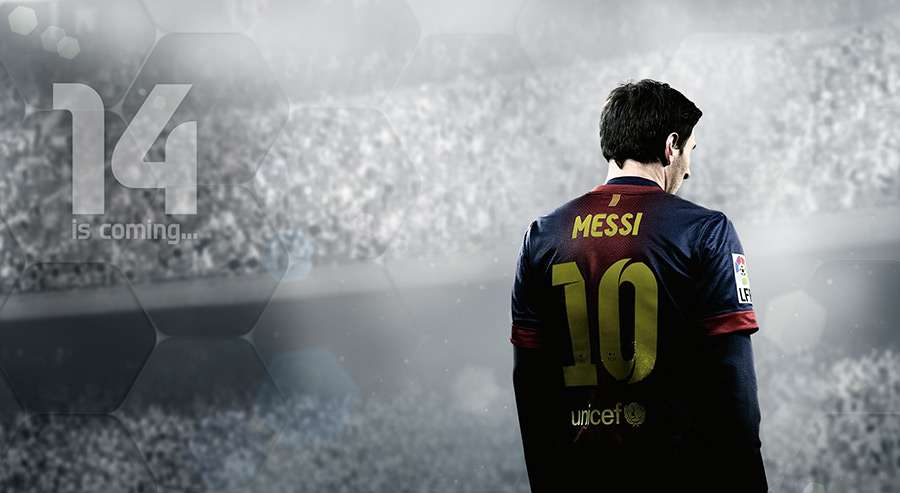 Having had our chance to play FIFA 14 (our thoughts can be found here) We were afforded a chance for a one to one with one of the producers, Kantcho Doskov. Kantcho is like you and me, a football fan at heart and he spoke openly about having the future of sport’s biggest franchise on his shoulders. He started with EA in the animation department and is now Co-producer of this year’s title. With EA keeping quiet on their exact plans for the next generation of consoles, we talked about what the current generation still has to offer FIFA.

TE.N: Kantcho, we’ve had time to play the preview code and the gameplay changes are evident straight from kick off. With your rise through the ranks at EA what change do you feel most proud of bringing to the series?

K.D: Having worked on details as small as arm movements in previous games, I have to look at the changes we have made to the engine. The players now carry weight in their movements. Someone said earlier that maybe in previous games the player models almost felt like they were ice skating and in a way maybe they where. So we have overhauled that aspect. Once the base is solid you can then turn onto fine tuning elsewhere.

TE.N: So in a way does everything evolve from that change?

K.D: Absolutely. It’s the fabric that the game is developed from. With a better physics mechanic on board it directly affects everything. The A.I is moulded by it as are the new shooting mechanics. The real world physics of the football is available by having a solid core and from there that affects the passing, shooting and from there the goalkeepers reactions. So you see it’s all step by step from that initial change

TE.N: Speaking of change, when you bring in new ideas such as protect the ball, is there ever a fear of maybe making too many changes and because of this you run the risk of turning fans away?

K.D: Our goal has always been to make the best football game we can. Protect the ball is there to be used by the player. They can choose not to use it but we are all firm believers that when you get a title home it should be familiar enough to pick up and play but also offer the challenge to have you try and try to master every new technique and become good then better and then the best. In return, this has meant we’ve updated the impact engine. The preview code you’ve played is still not perfect with regards to this but we are getting close to ruling out players running through players and other issues which have a habit of popping up on Youtube.

TE.N: What motivates the team to keep coming back with a stronger title, when you already have such a strong grip on the football game market? Pro Evolution has made a return to form in previous years but the FIFA franchise has blown them away sales wise.

K.D: Speaking personally, I’m never happy with anything 100% and I don’t think any creative individual or team is. So first off I want what I’m doing to be better than the last. Secondly, nobody knows what Konami has under their belt. PES’14 could be a brilliant game and a real challenge to our title, but I know that our fanbase will love FIFA 14 when it hits the shelves. We are all football fans here and we aim to make it as realistic as possible but still maintain the fun factor.

TE.N: What advice would you give to players when they do get there hands on the game?

K.D: Just play the game. Take your time to adjust to it. There’s so much to discover gameplay wise. The way the engine runs now, they’ll find the mechanics of the game has changed. You can’t just play high balls because teams adjust. It’s about switching tactics and playing the ball. And finding out, when used properly holding players off can open the tightest of games. You said earlier to me that long range shooting feels better and it does. With it, a team under pressure might have one shot and might score to win the game 1-0. That’s life, that’s football, that’s FIFA 14.

TE.N: Before we go Kantcho, EA have sewn up the sports market. Football, basketball, tennis and boxing to name a few which have EA titles dedicated to them. GAA is the Irish national sport. It’s along the lines of football but without the money that soccer has and if I got enough support do you think we could get an EA GAA game?

K.D: (laughs) Well it’s like everything; if you can get the support then we’ll see. It depends if there’s a market for it… Though there’s always downloadable content, maybe we can make an add on available?

So that’s it folks. Whilst we wait for the multiplayer intercounty matches,  FIFA 14 arrives on PS3, Xbox 360 and PC on the 27TH of September