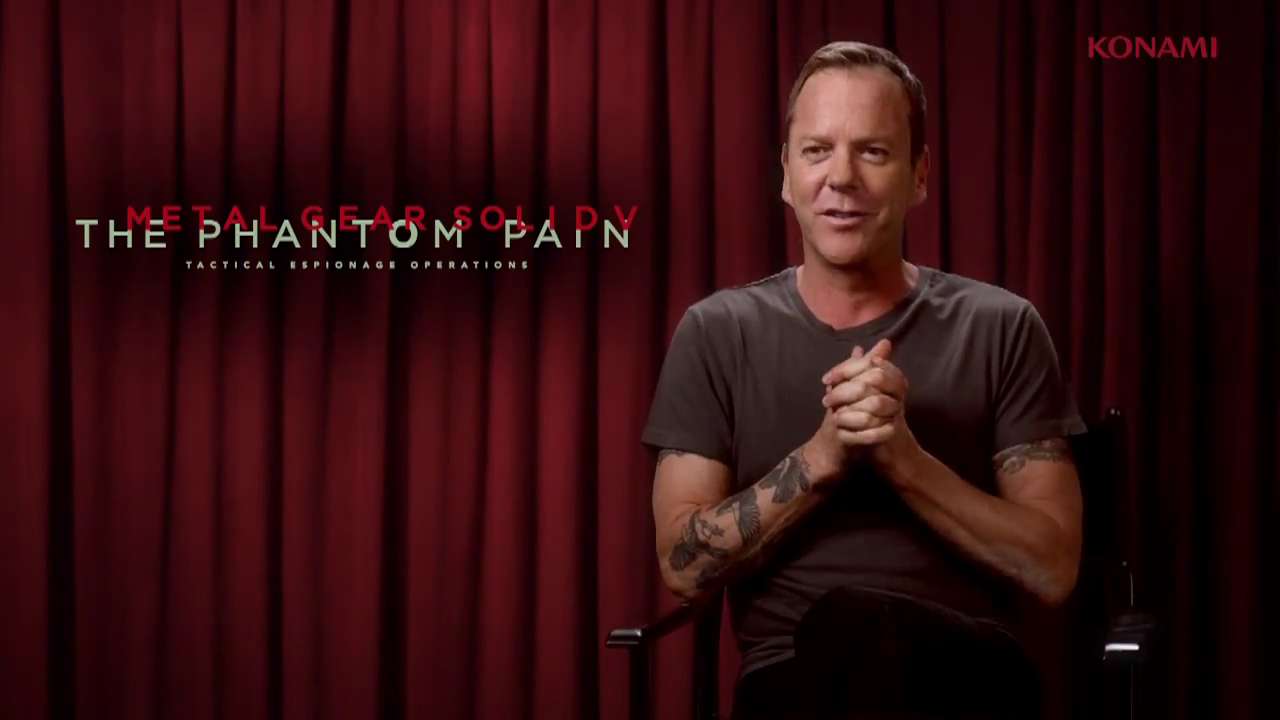 The role will instead go to 24 superstar Kiefer Sutherland, whom was contacted about the role by way of Metal Gear creator Hideo Kojima having a friend in common. Six degrees of separation and all that…

Along with lending his gruff voice to Naked Boss, Sutherland will also do the motion capture for the character.

Check out the full video from the Konami Pre-E3 show above (10:33 in for Metal Gear).