Apple’s iOS7: Everything you need to know

Apple’s WWDC has just wrapped up and they have announced their latest version of iOS, iOS7. The look of the overall OS has been given a complete overhaul and has been given a much more flattened look, as to go with all the rumours that were flying around. Here’s the biggest changes that they announced:

The new iOS will have much better multitasking functionality. It monitors which apps you use the most and gives them preference when it comes to full functioning multitasking. A good example was when you get a push notification from an app, the phone knows to prepare that app for you so when you click through on the notification, it will already have updated the app and the relevant information. 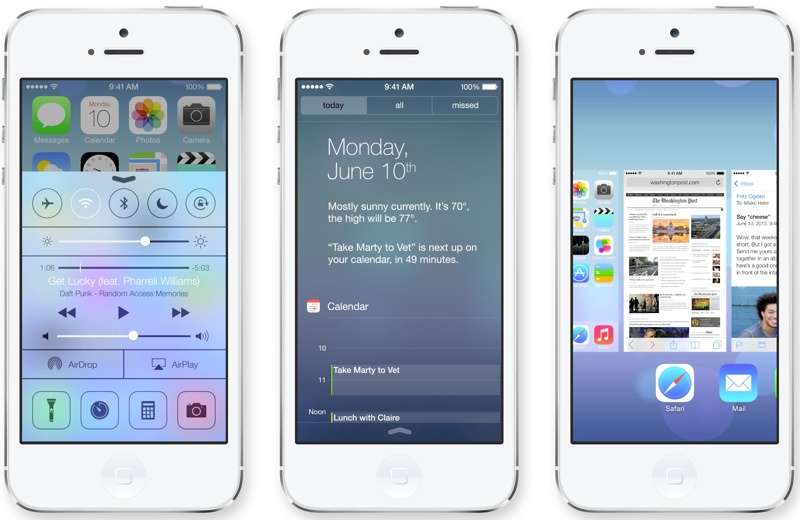 What is basically a feature Apple have taken from Android once again, the new control centre lets you get to many of the commonly used settings like Airplane mode, volume control and even a little shortcut to a flashlight button. The centre can be accessed anywhere on the phone with a swipe up from the bottom of the screen.

What was already a feature on OS X, it is now going to be available on iOS. It will allow you to easily share files between other AirDrop enabled devices with “no bumping required.”

This software will only work on the latest versions of Apple’s products so the iPhone 5, iPad Mini, 4th Gen iPad and latest iPod touch.

The Safari web browsing app has also got a complete overhail. It seems to have taken quite a few design cues from Google’s Chrome with the likes of the new tabs view looking alot like Chrome’s card layout. The unified search menu has made a welcomed return and now it is even easier to find what you are looking for through Safari. You are also no longer limited to 8 open tabs. Welcome to the future eh?!

Siri has been updated with a new look and feel. You can now choose a male or female voice and many other high quality languages have been added. You can now use it to search Twitter, Wikipedia and Bing. Microsoft must have paid big bucks for that deal.

The big one here is that your apps are now updated automatically, another feature which Android has had for quite some time. It’s also got a design update and will show you apps that are popular nearby.

The music app has got a news visual update as well to tie in with the overal iOS7 look and feel and Apple have introduced something called iTunes Radio, think of it like Apple’s answer to Spotify or Pandora. You can listen to themed playlists or artist based stations and Apple will keep track of what you listen and share is across all your devices. 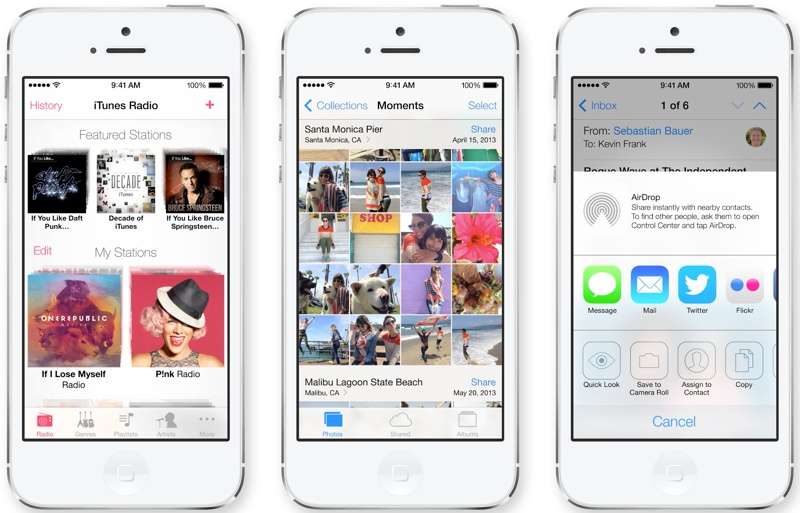 Both these apps have been given a major design overhaul. They have made it much easier for you to categorise and find the media you are looking for by collecting your photos and videos into location and time based sections. You can also share videos now with iCloud Photostreams in iOS7.

Other announcements include Notification Sync, Weibo Integration in China, Audio Only Facetime and many other features. 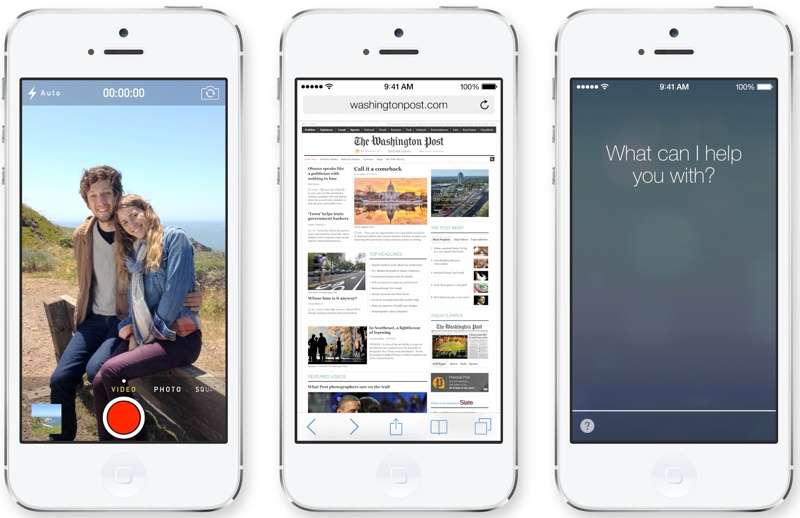 They also announced a feature called Activation Lock which will stop any thieves from activating your iPhone on another network unless they have your iCloud password. A very clever idea and one Android should have a look at.

iOS 7 is planned to hit iOS devices this fall. Tell us what you think in the comments below.

Have a look at Apple’s official page for iOS7 here.