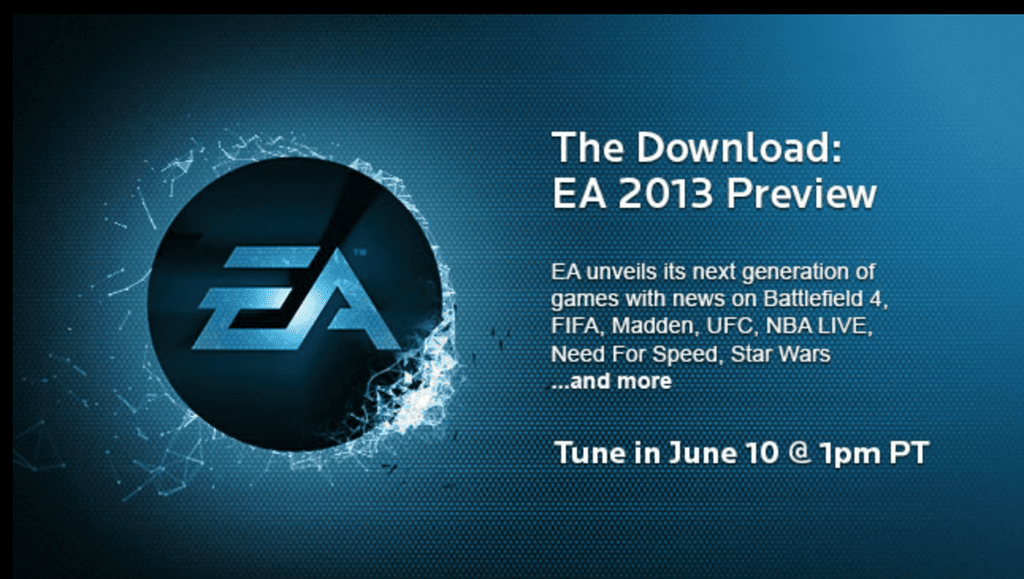 Okay so we all know Electronic Arts is big. How Big? Well they’re big enough that usually they show some of their bigger games during Nintendo, Microsoft, and Sony’s E3 press conferences. That being said, they usually keeps a secret or two for itself, holding off the announcement for its own press conference.

Remember to come back here tonight at 9pm GMT (Monday night) as EA unveils its next generation of games with news on FIFA, Madden, UFC, NBA LIVE, Need For Speed and more! We can definitely expect to see some footage of Battlefield 4, and maybe a glimpse at the future of Dead Space or Mass Effect. Hell, there might even be the first trailer for Mirror’s Edge 2! Who knows? Then, once it’s over (at like, 10pm), let us know your thoughts in the comments below or on our Facebook and Twitter channels.