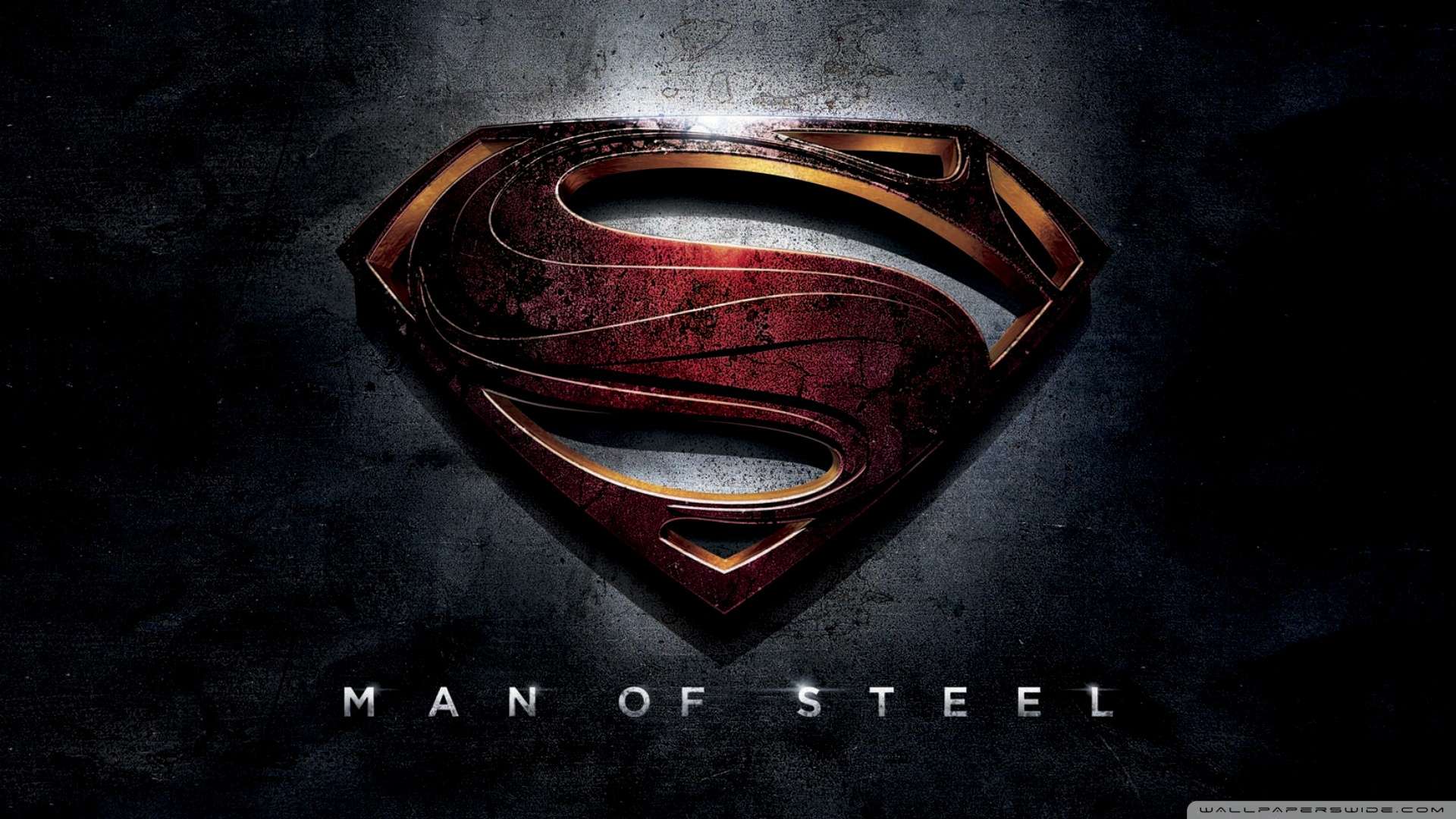 Man of Steel – The Review

Ever since I was a young boy I have always maintained that Richard Donner’s 1978 film, Superman : The Movie, is not only the best Superman film, but THE definitive superhero film. Many have tried to knock it from the top spot over the years and have failed. Donner’s film, for me, has remained THE standout comic book adaptation and Christopher Reeve’s portrayal of the man of steel has never been equaled.

Because Man of Steel is a triumph. 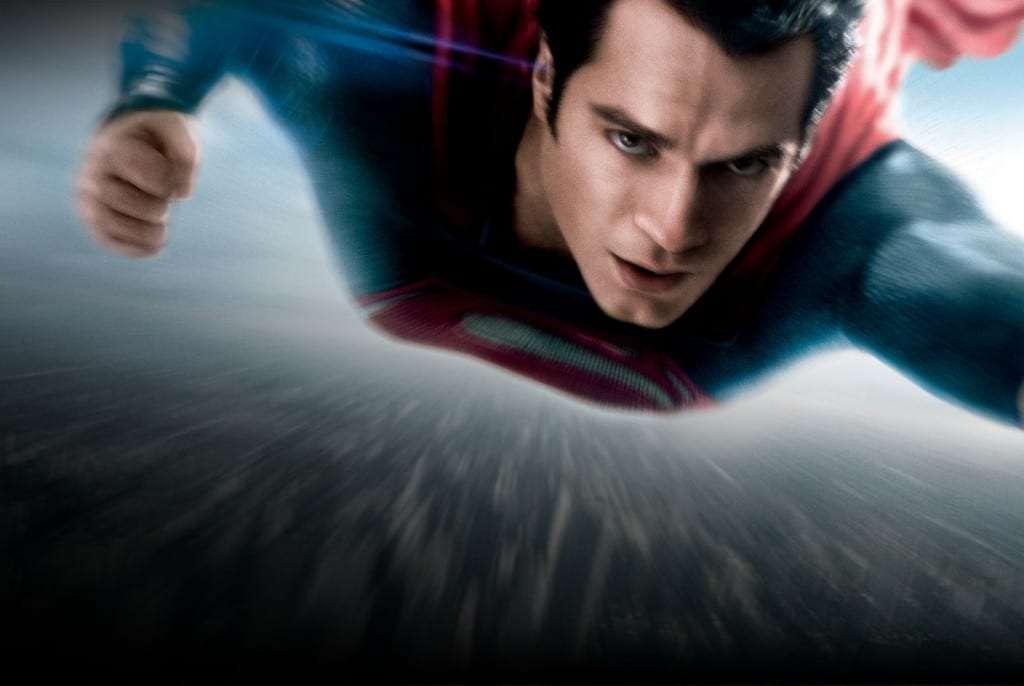 Early signs were not good. I was encouraged by the news that Batman director, Christopher Nolan, and writer David S. Goyer would be collaborating on the story and that Nolan would also be producing. But I was less confident in the decision to hand the reins to Zack Snyder. He had shown himself to be a very competent filmmaker (Dawn of the Dead, 300, Watchmen) but I had written him off as a style-over-substance director. But as I started to see some production stills my optimism began to grow.

But then alarm bells started ringing when the film’s release was pushed back from December 2012 to June 2013. This is usually not a good sign. But we need not have worried. And I don’t mind admitting that I was wrong about Snyder. He has delivered not only a great Superman movie, but a cracking movie full stop. 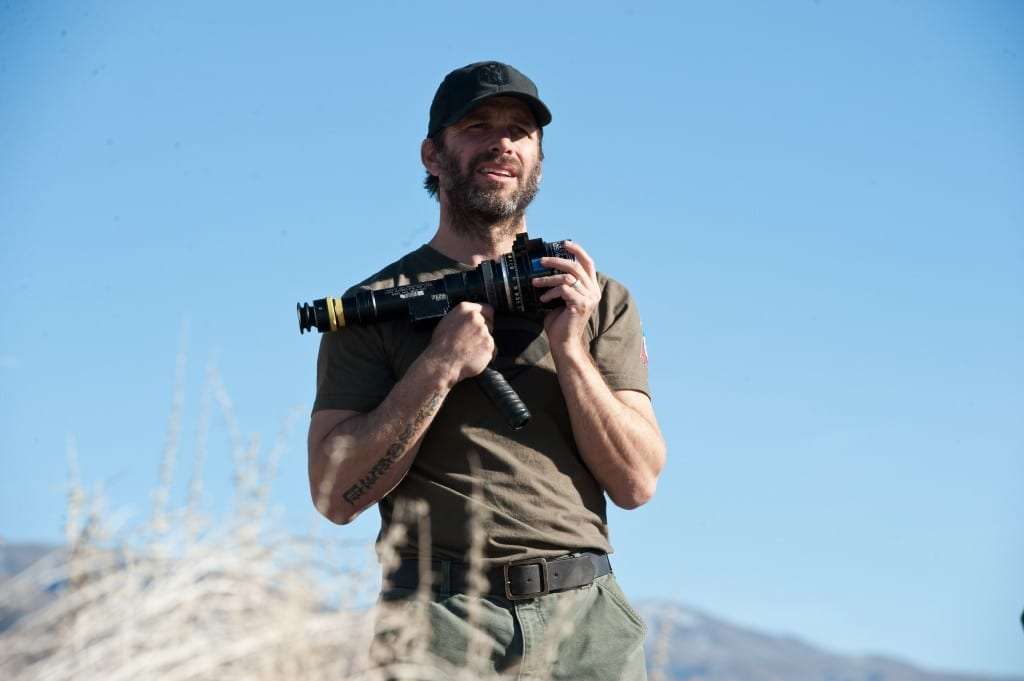 We all know the basic Superman story by now and Man of Steel retells it faithfully, but with a few twists and variations which I won’t give away here. This is another superhero origin story, yes. But it doesn’t feel like it due to Snyder’s clever use of non-linear storytelling techniques and well-timed flashbacks.

I was one of the few who actually liked Bryan Singer’s 2006 effort, Superman Returns. But Singer (by his own admission) was such a huge fan of the original films that he couldn’t seem to find his own vision. He used John William’s iconic fanfare. He used a digitally-manipulated Marlon Brando as Jor-El. And he even cast an actor (Brandon Routh) who not only looked just like Christopher Reeve but sounded like him too. 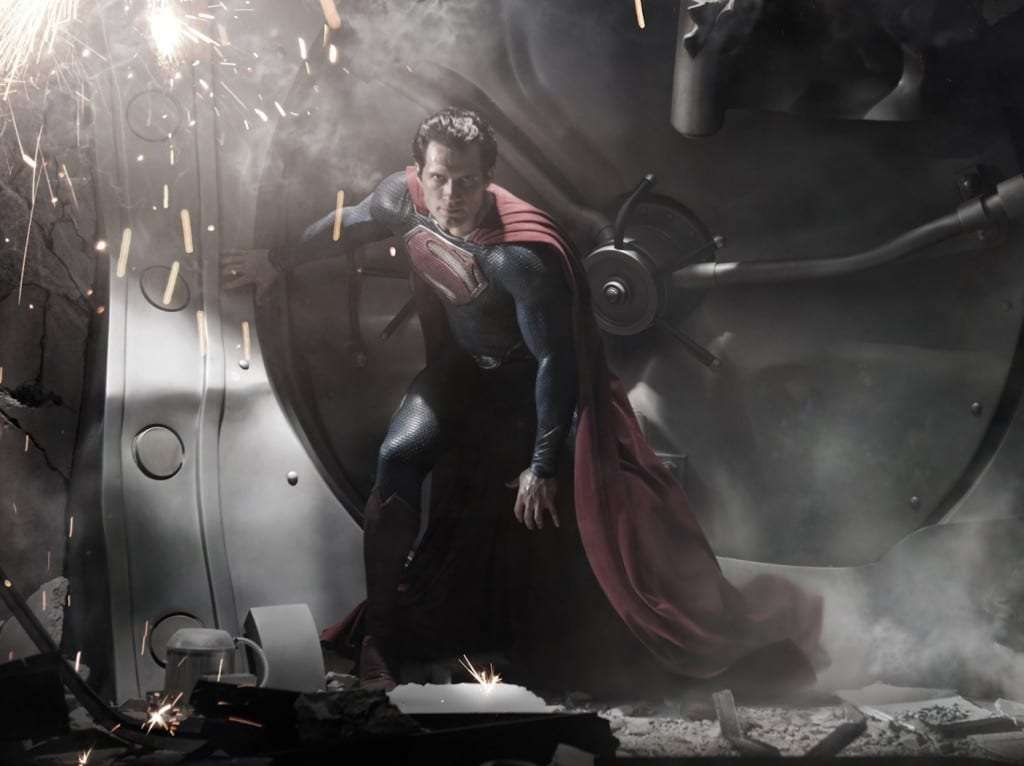 Superman readies himself for battle

Man of Steel manages to break free of the shackles of the past and Snyder is very much free to do his own thing. And it’s abundantly clear from our first glimpse of the planet Krypton that Snyder’s interpretation is worlds away from Donner’s (and Singer’s) film.

The visuals are simply stunning. Krypton is like nothing I have ever seen on screen before and the opening 20 minutes alone contain more eye-popping shots than most movies do in their entire running time. Snyder’s distinct visual style permeates every frame of the film and whether we’re at the Kent homestead in Smallville or in the bustling city street of Metropolis, the film retains a realistic, naturalistic feel.

Weta Digital have truly outdone themselves and the effects are top-notch. Live action elements and CGI are blended seamlessly and you completely believe what you’re seeing unfolding before your eyes, no matter how far-fetched. The fight scenes between Superman and the various villains are breathtaking and the action is very clearly staged and is never confusing.

There are some very nice character moments too. We get to see an adolescent Clark struggling with his heightened senses and learning to focus his mind. In fact, almost all of the characters are believable, three-dimensional people with clear motivations and goals – no matter which side they’re on. The film is beautifully paced and never feels like it’s in a rush and this allows moments between the characters to breathe. Snyder manages to satisfactorily both deliver spectacular action and an emotional punch, which is not an easy thing to do. 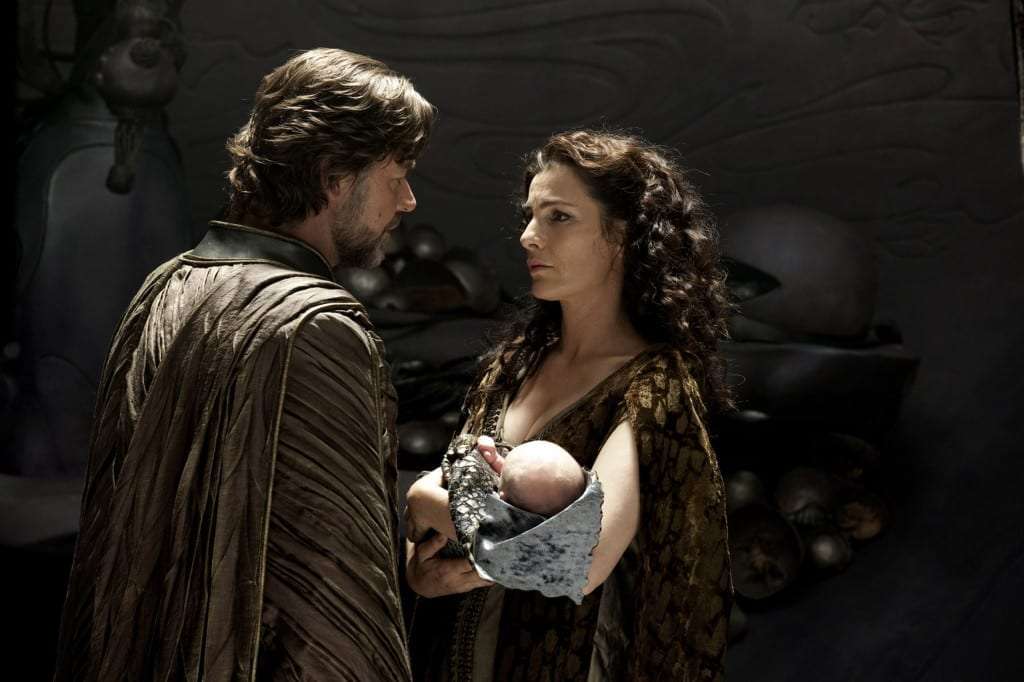 The cast is impeccable. Russell Crowe does a very solid job as Jor-El, Superman’s biological father. And Kevin Costner and Diane Lane are pitch-perfect as Clark Kent’s earth parents, Jonathan and Martha Kent. Laurence Fishburne is good as the Daily Planet chief Perry White, although he’s not given a great deal to do. Amy Adams is great too as the spunky Lois Lane.

And Michael Shannon’s General Zod is one of the most-menacing, fierce and terrifying screen villains we have seen in a very long time.

But this film belongs to Cavill. He is Kal-El. He is Clark Kent. And he IS Superman. Cavill demands your attention every time he is on screen. I had no knowledge of his work before he was cast in this role and as a result he brings no baggage with him. He slides effortlessly into the role of the titular hero and it’s hard to think of another actor alive today who could play the part better than he does here. On a side note – isn’t it strange that Batman, Spider-Man and now Superman are all currently being played by English actors? 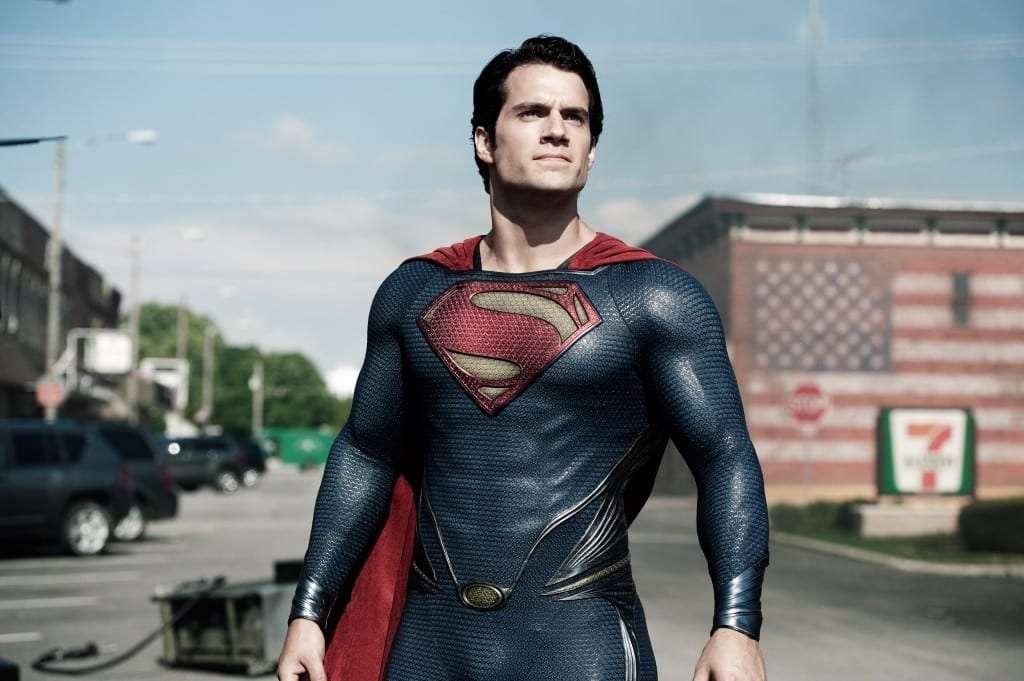 Gone are the red undies in Man of Steel

I also have to mention the score by Hans Zimmer. Instead of trying to beat John Williams at his own game, Zimmer has gone for something entirely different which works wonderfully. Trust me, you’ll be humming the main theme long after you have left the theatre.

There are a few very minor quibbles. The movie is a tad too long and some of the action sequences become a little monotonous towards the end. But given the fact that the film has so much story to tell it does so with great efficiency and not a second of screen time is wasted. Plus, it’s not exactly a barrel of laughs. It does take itself quite seriously at times but manages to pull it off without being overly solemn.

It will be very interesting to see where they take it from here. A sequel has already been announced and I’m looking forward to another installment with Cavill in the red cape. 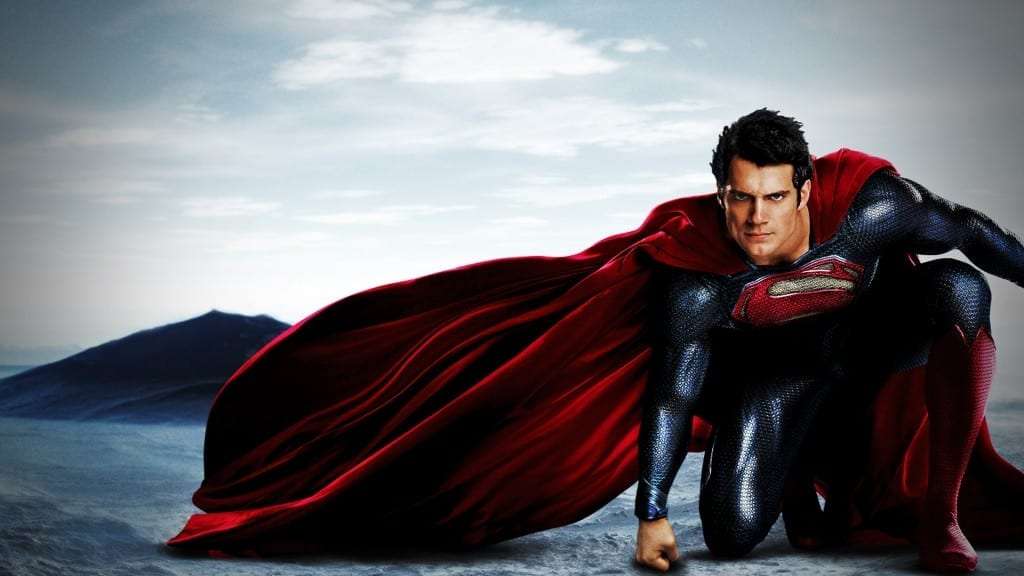 Superman gets ready to take flight

Oh, and Disney, if you’re listening…give Snyder a shot at Star Wars.

Man of Steel opens in Ireland on the 14th of June.