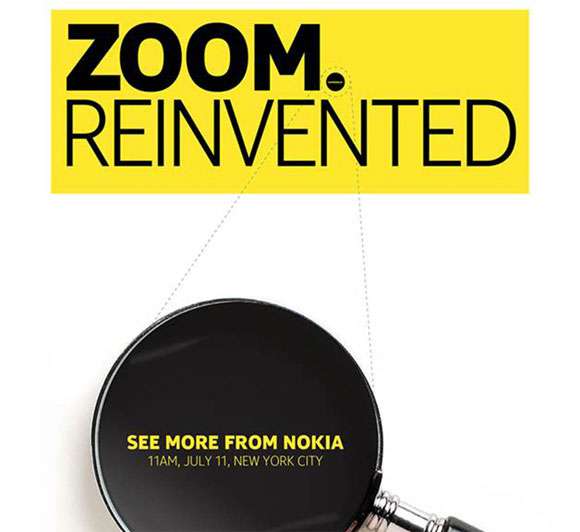 Nokia are holding an event this July 11th in New York City where they plan on showing us how they’re “reinventing zoom”.

The number of ‘Lumia EOS’ leaks flying around at the moment has been off the charts, blurry images alongside videos and claimed hands on time, so it seems most likely that Nokia will make it official at this event.

The current rumours are that the new Lumia device will be on par with the Nokia 808 PureView which had a 41 megapixel sensor and had lossless zoom because of this.
It was also quite thick because of the camera sensor, but most people would consider a camera of that quality to be a worthy trade-off with weight or thickness.

Nokia haven’t been slowing down with handsets lately, having just launched the Lumia 928 in the United States and the Lumia 925 elsewhere just in the last few weeks.

We’ll be covering the event live on the 11th.