Sony have announced what titles will be added to PS Plus for July and if you found yourself sitting on the fence as regards subscribing to the service, this will surely win you over. PS Plus for anyone who are either new to Playstation or have only heard the term since E3,  provides subscribers with access to games on both PS3 and PS Vita throughout the course of the subscription.  PS Plus subscribers also receive an array of exclusive features and reductions on DLC. The subscription costs as little as €14.99 for 90 days or €49.99 for the year.


For the PS3 we have three games that all will be receiving sequels this year.

With PAYDAY:The Heist, you are tasked to ‘cash in before you cash out’ in this action filled first person shooter game for the PlayStation Network. Players take on the role of a hardened career criminal executing intense, dynamic heists in constant pursuit of the next “big score”. Navigate diverse urban settings with three partners in crime—controlled by either A.I. or your best buddies in co-op multiplayer. Load out with an array of weaponry and equipment as you embark on a spectacular crime spree through six high-stake heists, including banks robberies, prisoner extractions and armoured car hijackings. 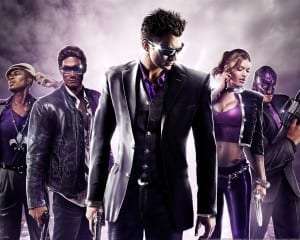 Enter gang territory in open world action-adventure Saints Row: The Third. Years after taking Stilwater for their own, the Third Street Saints have evolved from street gang to household brand name with Saints sneakers, Saints energy drinks and Johnny Gat bobble head dolls all available at a store near you. The Syndicate, a legendary criminal fraternity with pawns in play all over the globe, has turned its eye on the Saints and demands tribute. Refusing to kneel to the Syndicate, you take the fight to a new city. 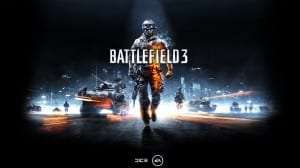 Step into the role of an elite U.S. Marine in Battlefield 3 and experience heart-pounding single player missions and competitive multiplayer action across diverse locations from around the globe. Tackle combat on claustrophobic streets, metropolitan downtowns, and varied landscapes in the US, Europe, and Middle East. Powered by the innovative technology of Frostbite 2, Battlefield 3 takes the thrill of a first person shooter to a whole new level.

For the Vita, There are two great titles for your collection:

Experience a new way to play Ninja Gaiden Sigma Plus with motion and touch controls, lots of content, and new challenges to test even the toughest ninja. For centuries, the Dragon Ninjas have protected the world and kept safe the most powerful weapons: the Dark Dragon Blade and the Dragon Sword, but now a powerful evil arises that will test the might of the ninjas. Take Dragon Sword in hand as the young Ryu Hayabusa, and journey to the farthest reaches of the world and beyond to cut down the malevolent fiends!

Prepare to join the ultimate special forces squad in Unit 13. Your next deployment could take you anywhere, at any time. Play through scenarios that echo real-life news headlines and infiltrate some of the most challenging war zones a soldier can ever face. Offering dual analog control, Unit 13™ delivers constant pinpoint precision in the heat of battle. With a new mission sent to your PS Vita system every single day, there’s always a fresh challenge waiting to be met head-on.

All of the above titles will be available to users from July 3rd and remember every game on the PS Plus scheme has a metacritic score of at least 70%, meaning you’ll get quality games every month.