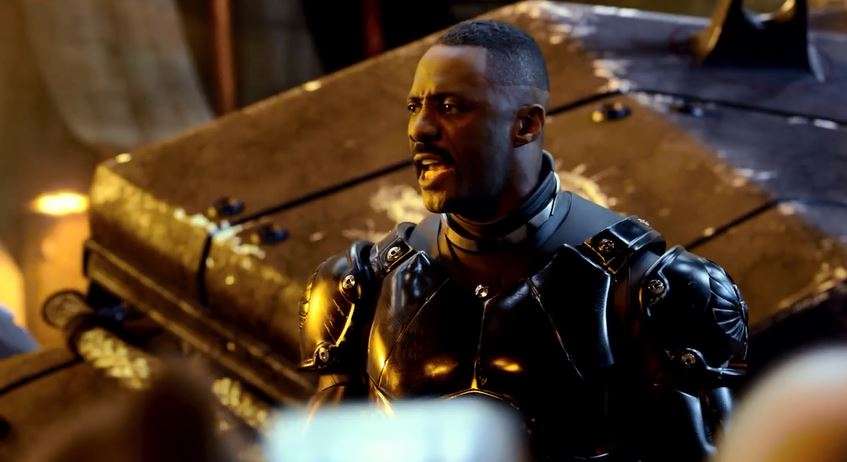 Before you even consider calling up your friends/getting a babysitter, booking tickets, heading to your cinema of choice and spending absurd amount of money for the saltiest popcorn known to man, ask yourself one question – how important is a movies’ plot to me?

If your answer is anything close to ‘essential’, Pacific Rim is definitely not the movie for you.

However, if you like to watch giant robots kicking the living daylights out of giant monsters from another dimension, I can’t recommend Pacific Rim enough.

The story (ahem) follows humanity in the final days of a war that has spanned over a decade, fighting giant monsters from another dimension known as Kaiju.
Mankind fight off the first invading beast with conventional weapons such as jets and tanks etc. but it takes too long and too many people die in the process. 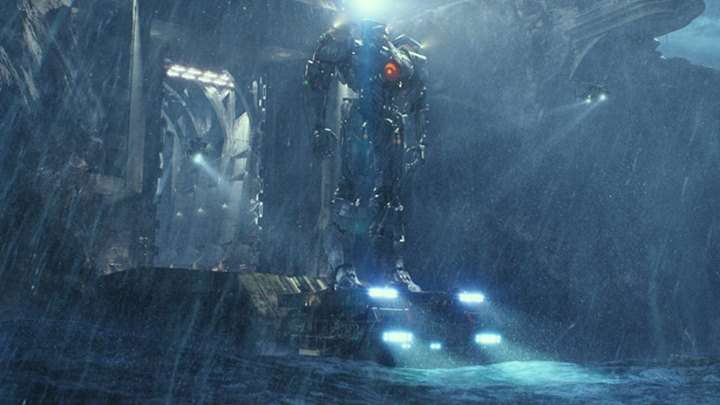 The governments of the world decide that they need a better solution and pool together to create giant human-controlled robots called Jaegers . Each Jaeger requires two pilots to share control of the machines, by neutrally linking themselves together.

I know it sounds ridiculous and hey, it really is, but that’s exactly not a bad thing.

Pacific Rim doesn’t take itself too seriously, it feels almost like it was supposed to be overly cheesy and hammy, cliché action movie lines are uttered perfectly terribly and pretty much every other borderline stereotype you’d expect to find is here.
The Chinese Jaeger uses spinning throwing stars as weapons, the Russian Jaeger is a big, clunky  beast while one of its pilots is a huge woman who looks like she’d gladly stand on you. 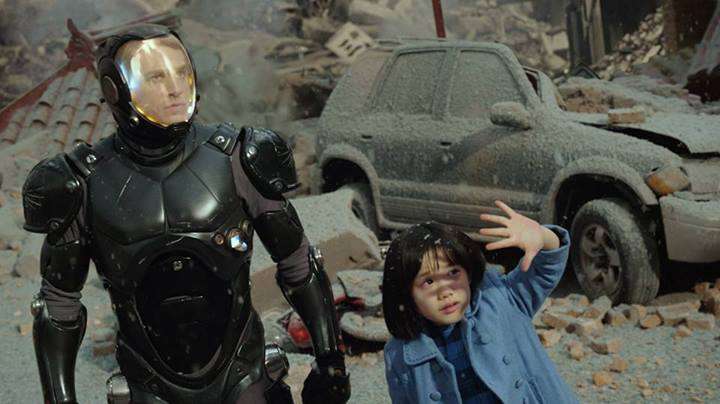 Strangely though, it all works just fine. Which is good because nobody seems to explain why monsters have decided to come from another dimension to fight us, nor why the rift to said dimension has to be at the bottom of the pacific ocean of all places?

Raleigh Becket (Charlie Hunnam) is the main focal point of the movie, you’ve probably never heard of him and I still can’t tell if he was trying to be so cheesy that it was cringe worthy, or if it was just an accident.

The world governments decide that the Jaeger program is costing too much money and effort, and they elect to build a big wall to keep the monsters out, so the head of the Jaeger program Stacker Pentecost (Idris Elba) basically says “Fine, I’m taking all my giant robot killing machines and going home!”, whereupon the entire Jaeger program relocates to ‘The Shatterdome’ in Hong Kong – well, what else would you call a secret base inside of a mountain where you keep your huge robots?

The soundtrack on play is amazing and really gets you amped up during the fight scenes – the main theme in particular is definitely going on my running playlist.
Sound effects are as mechanical and futuristic as you’d expect and they don’t disappoint. 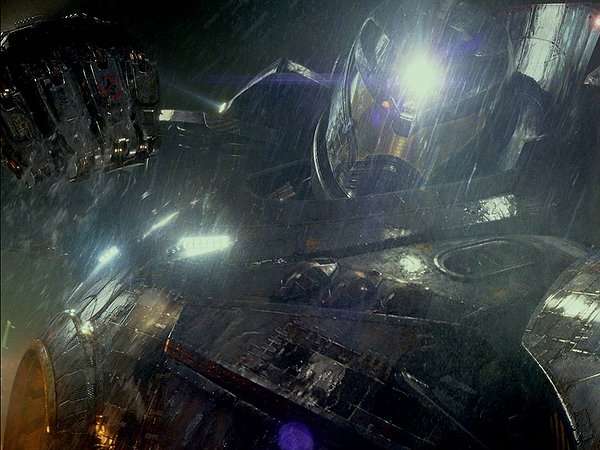 There’s a great cameo by Ron Perlman (I won’t ruin the surprise as to why It’s great) and he bounces off of one of the Shatterdome’s chief research heads Dr. Newton Geiszler (Charlie Day) perfectly, while Day also has some great if a little slapstick-ey scenes with the other research doctor, Gottlieb (Burn Gorman), all of which add much-needed and good comedy to the mix.

Each character has their own niche part to play and the sad part is that almost any actor could have slotted into each of the parts, none of them are particularly memorable, they just serve their purpose as the token jerk, the token voice of reason or the token miss-understood genius etc.

Idris Elba actually gives the best performance of the lot, you can’t help but get psyched when he delivers his lines with such fervent passion (“TODAY WE ARE CANCELLING THE APOCALYPSE!” and as hammy as they are, you don’t care because he’s just being so damn awesome.

Pacific Rim would be an instant failure if its’ visual effects weren’t up to scratch as it simply relies on them so much that if they were bad, it’d be lights out.
Thankfully they’re outstanding.

It’s a visual feast from start to finish and without a doubt that’s where it shines. The Jaegers look stunning and surprisingly realistic. From the way they’re designed to the way they move and right down to the level of detail – it all comes together to make you actually believe that one day this could be possible (except maybe for the governments banding together part) and that yeah, maybe this is exactly how a giant robot would move or fight.

It’s worth noting that while the 3D was implemented well and didn’t feel forced, I think the 2D version would serve just as well if you’re not a fan of 3D.

In the same vein, the fight scenes are among the best I’ve ever seen for a summer blockbuster/CGI-fest.

For example, in Transformers you generally have no idea what’s going on other than that there’s a fight happening.
Pacific Rim does an amazing job at actually showing you each battle clearly. It’s quite easy to keep a handle on what’s going on, who’s actually hitting who and who looks like their winning.
As you’d expect, this serves the movie quite well for some of the more memorable moves and weapons (“Elbow rocket, now!”). 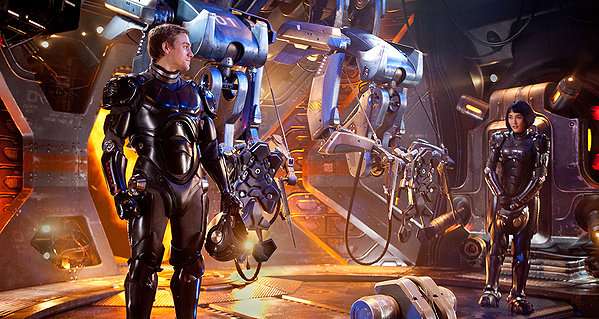 Director Guillermo del Toro knows his audience and he knows his source material and it’s clear from the end result here that he respects both.
It’s also extremely refreshing that there’s no Megan Fox-like eye candy bending over a Jaeger in a pair of hot pants, just to pander to teenage boys for ticket sales.

Pacific Rim is the ultimate geek movie, the ultimate kids movie (including big kids, fathers will enjoy this more than their kids) and the ultimate Kaiju homage movie.
Sure the acting is by and large awful, your head will hurt if you try to over think the plot even a tad and the younger Australian Jaeger pilot is a right pain in the face.

The bottom line is: Pacific Rim is a LOT of fun. Seriously, you can’t watch this movie and not think about how cool it would be to get inside your own giant Jaeger, even just for a day.

Pacific Rim is in Irish Cinemas in today.