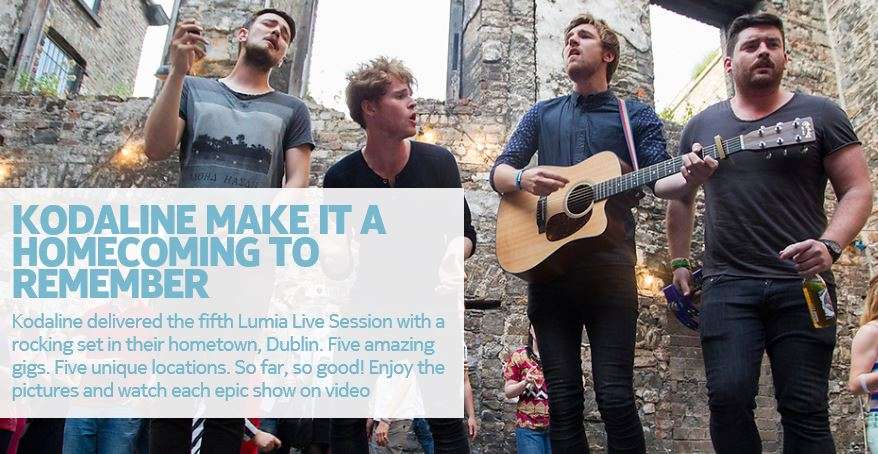 If you missed out on the amazing live performance from Kodaline at Nokia’s Lumia Live session which was held in a really cool abandoned car park in Dublin city just over a week ago, you can still check some out the lads’ set right now.

La Blogothéque and Nokia have released the highlights and a behind the scenes video which capture how the cool atmosphere the night had going.
Kodaline are North Dublin lads too, which makes it even better to see them succeed, and they are genuinely my favourite new band at the moment.

Of course Nokia want you to know that  most of the images and video from the night was shot on a Lumia 925, which you can read our review of here.
There may have been a sneaky Lumia 1020 in attendance too.

Check out more coverage on Nokia.co.uk.