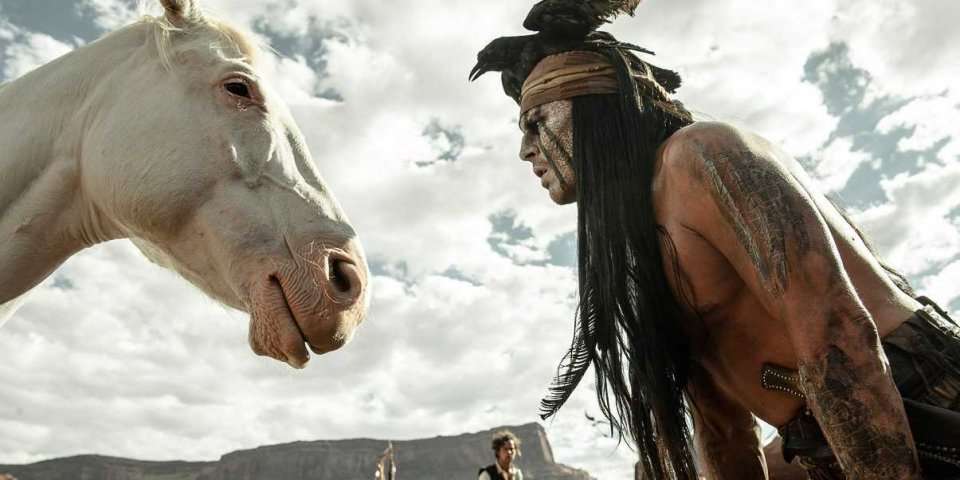 The Lone Ranger – The Review

Before writing this review I had to consult the IMDB to remind myself of exactly what the plot of this film was about as I had already forgotten (and I only saw it 12 hours ago). Suffice it to say it’s a Lone Ranger origin story and is loosely based on the classic radio series of the same name. It is directed by Gore Verbinski (who helmed the first three Pirates of the Caribbean films and Rango, among others) and produced by Hollywood uber-producer Jerry Bruckheimer (The Pirates movies, The Rock, Top Gun). It stars Armie Hammer as John Reid (The Lone Ranger) and Johnny Depp (who has some genuine Native American ancestry) as his sidekick, Tonto. A winning combination – on paper at least. 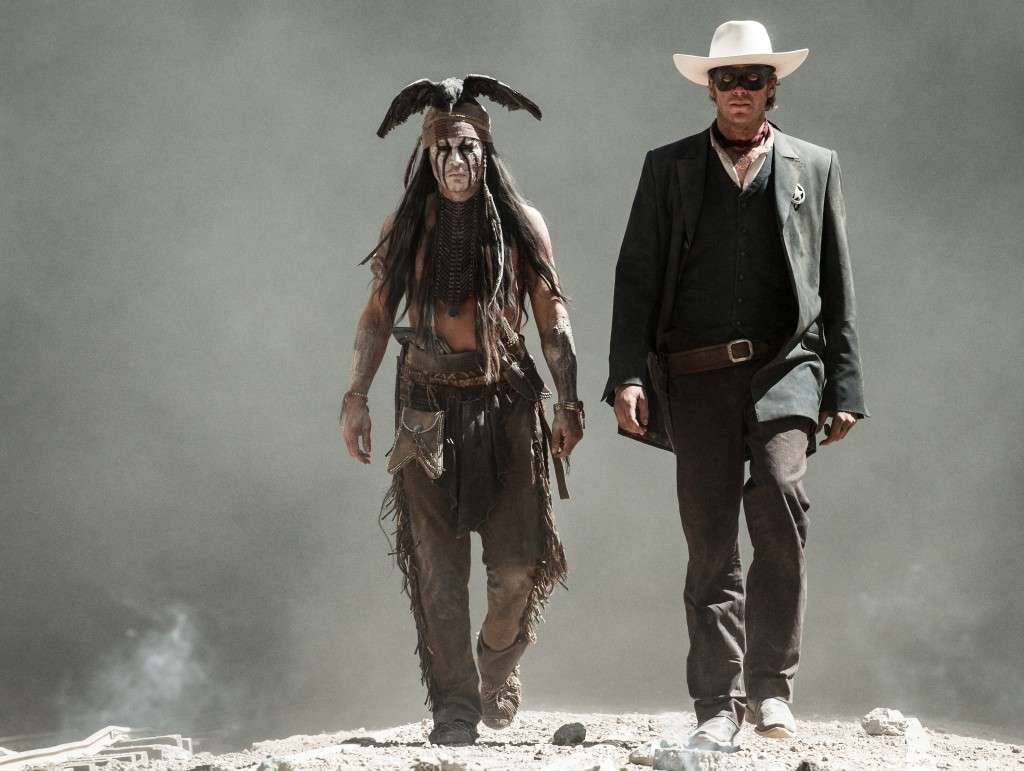 Tonto and The Lone Ranger on the warpath

I’d imagine this project looked like a sure thing to Disney. The formula was perfect – simply reunite the director and producer of the Pirates movies with the Pirates star. Let them do their thing and watch the magic happen. However, the film was plagued by production problems and budgetary concerns and was even completely cancelled at one point. But, as World War Z (which I hated) clearly demonstrated earlier this summer, a troubled production does not necessarily mean the film will be a failure. Especially not if the movie turns out well and is liked by audiences and critics alike.

So, The Lone Ranger finally rides into town. How does it fare?

Not well, I’m afraid. Not well at all. 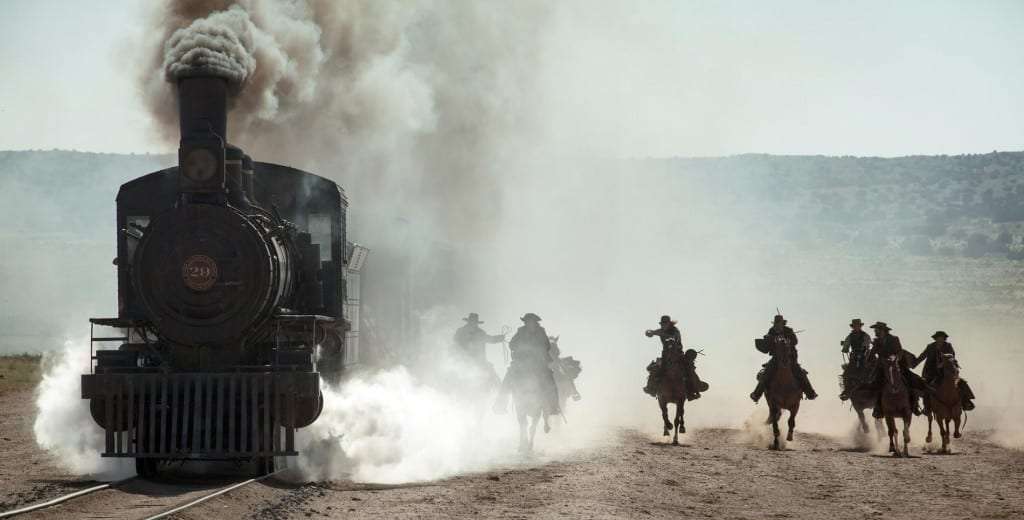 The film is packed with old-fashioned stunts

It starts off well enough, using an interesting framing device where Depp’s character, now a very old man, is relating the entire story to a young boy at a San Fransisco fairground in 1933. We are quickly introduced to all the main characters as they are inadvertently caught up in a daring attempt to spring the villain, Butch Cavendish (William Fichtner), from a moving train before it reaches its next destination, where he’ll be brought to justice. This opening action scene is a treat, filled with fun exchanges, double-crosses and hair-raising stunts. So far, so good. But then it all starts to fall apart. It gets bogged down in exposition and silly jokes and it is very hard to make out exactly what the story is about. The film then lurches from one loud, uninvolving set piece to another and by the time it (finally) reaches its noisy climax involving two steam trains, it’s quite difficult to care about the fate of any of the characters.

One of the main issues, I’m sorry to say, is Depp himself. This film has been a pet project of his for years and he brings his usual quirkiness to the role as expected. But the character just doesn’t work. It’s TOO out there, even for Depp. And I think audiences may be beginning to tire of his madcap characters. His last film, Tim Burton’s Dark Shadows, was a flop and it’s becoming apparent that outside of the Pirates franchise, Depp is not a guaranteed box office draw. Don’t get me wrong – I like Johnny Depp, I really do. I admire the way he decided to cast aside his teenage heartthrob persona and take a more interesting career patch. But I feel at this stage that his shtick may be getting a little old. I’m getting to the point where I’d like to see him get his teeth into a proper, straight, dramatic acting role that doesn’t involve silly make-up or a ridiculous costume. You know – a normal guy! 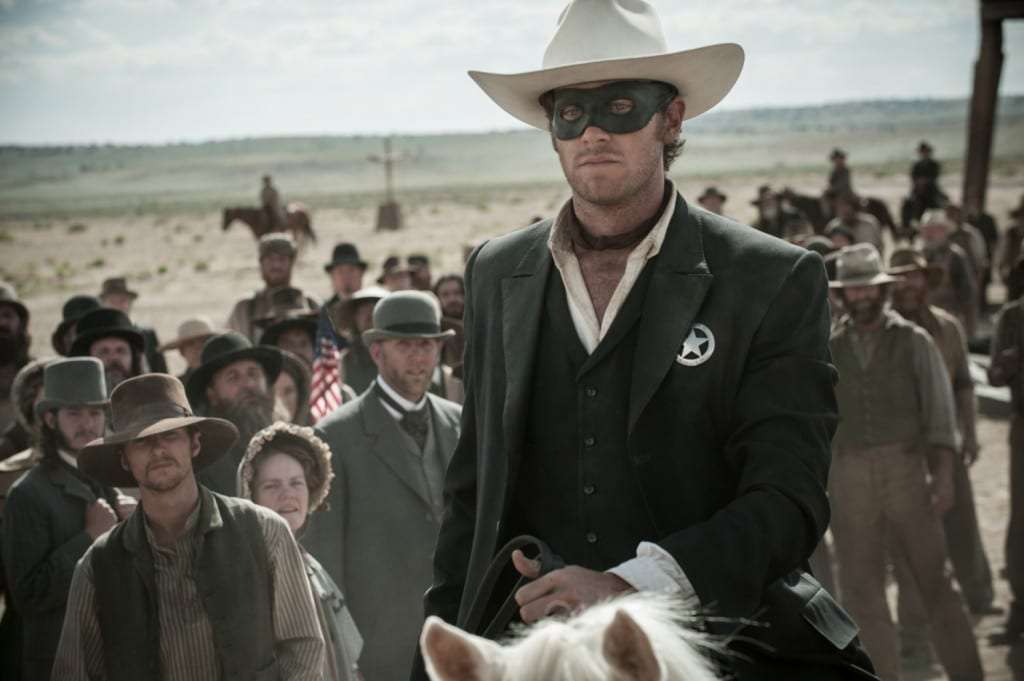 As for The Lone Ranger himself, Armie Hammer (best known for his portrayal of the Winklevoss twins in the 2010 film, The Social Network) does his very best but he is simply given very little to do. His character’s motivations are unclear and any time he is sharing the screen with Depp he is completely upstaged. It’s a shame as he comes across as a very likable, charismatic and credible leading man. I hope he gets another shot at a similar role but in a film that has a degree of charm and a stronger script.

The supporting cast are fine. Tom Wilkinson plays yet another American. Helena Bonham Carter does her usual thing. Barry Pepper shows up as an army captain. And Ruth Wilson fails to make much of an impression as the love interest. The only stand-out is Fichtner as the evil, ugly and sadistic bad guy. But they always have the most fun. 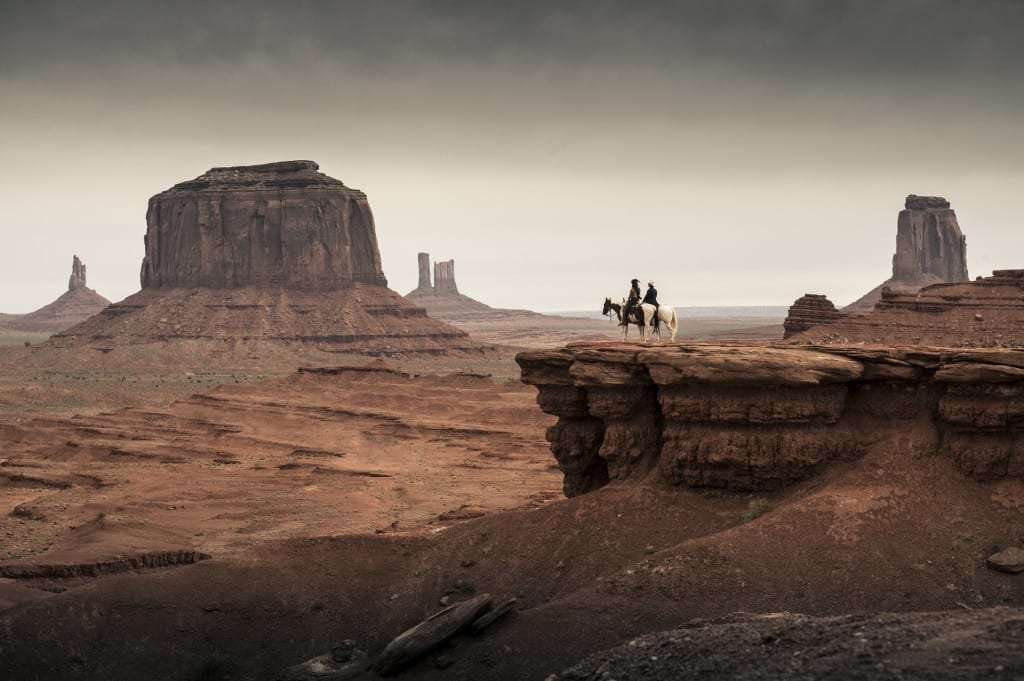 The scenery is breathtaking

Tonally the film is all over the place. And I think the best word I can think of to describe it is a “mess.” It has no idea whether it wants to be a straightforward Western, a slapstick comedy, a buddy film or an action movie – and it ends up being none of the above. There are a few light moments here and there but for the most part the gags fall flat.

On the plus side there is some stunning scenery and the film is beautifully shot. And it’s refreshing to see some old school practical stunt work on the big screen (although it has its fair share of CGI too). But the film is so uneven that’s it’s difficult to enjoy and I’m still asking myself exactly WHO it is aimed at… 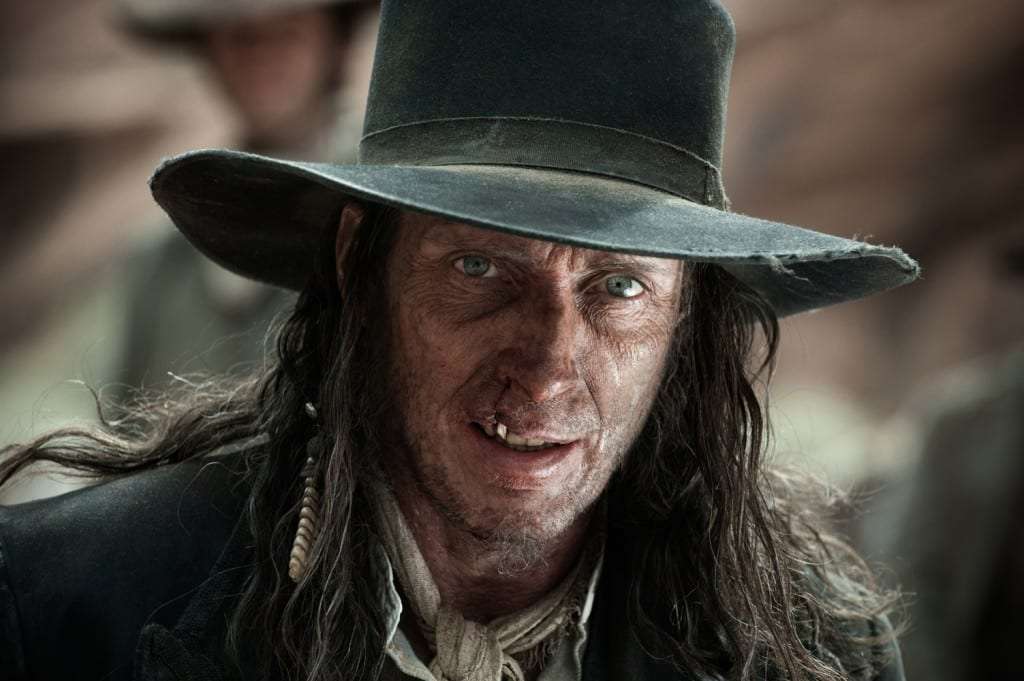 And on that note, a word of warning – this is NOT a film for young kids. Don’t let the fact that it’s a 12A Disney movie fool you – it’s surprisingly violent and features its fair share of bloody bullet hits, Native American massacres and a spot of (albeit mostly off-camera) cannibalism. The running time is also very problematic. At a bladder-bursting 149 minutes it is simply far too long and many scenes could have easily been trimmed or dropped altogether to make a tighter film (but not a better one). As it happens, by far the funniest and most enjoyable moment of the film comes at the very end, just before the end credits. But it’s not worth the price of admission and you have to sit through a bloated two and a half-hours to to get to it, unfortunately.

Hammer and Depp recently spoke out about the The Lone Ranger’s poor showing at the American box office and they both laid the blame squarely at the feet of the US critics, claiming they had it in for them from the start, regardless of the quality of the finished film. Sorry, guys, but in this case you’re wrong. The movie is just not very good.

The Lone Ranger opens in Ireland on the 9th of August.