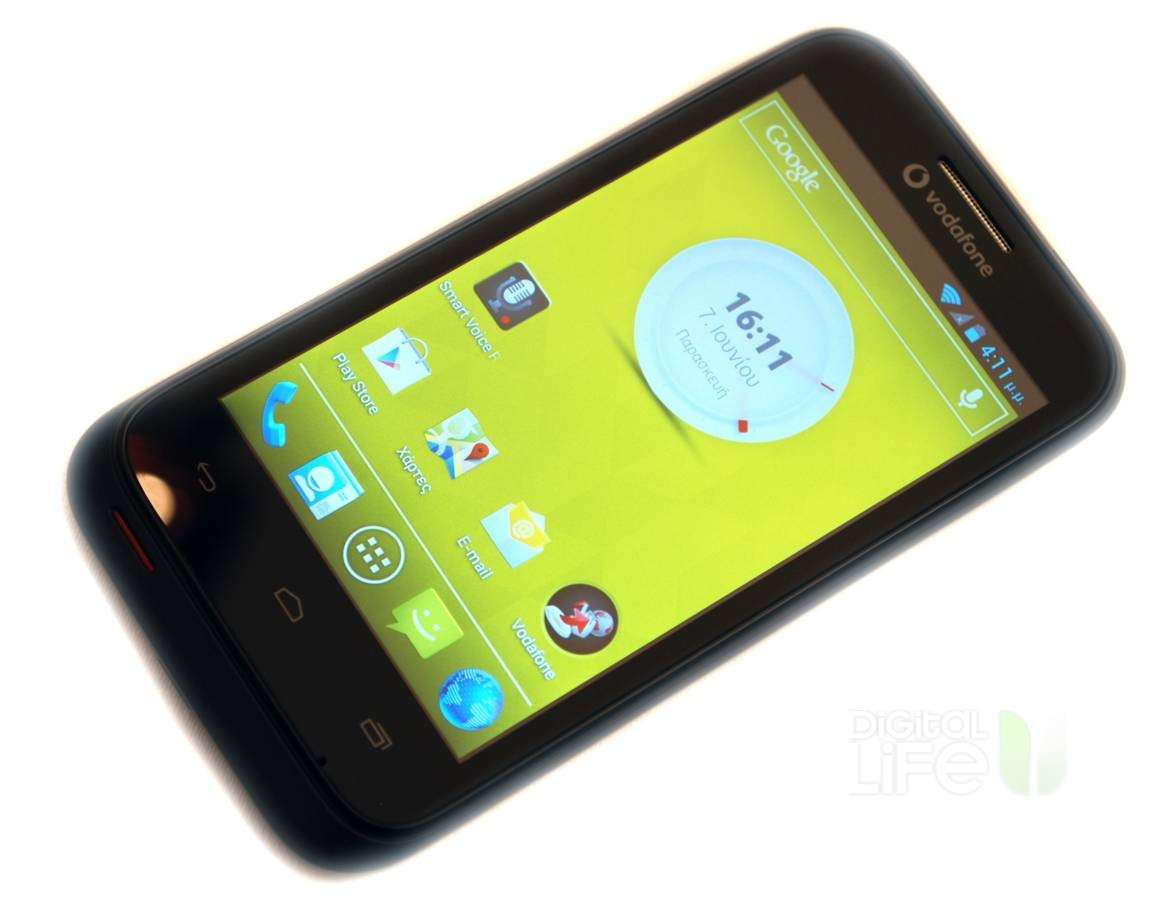 The Vodafone Smart III is one of those Android phones you look at and go, ugh, it’s not going to be very good. WELL, I’m here to tell you that you’re wrong. While it can’t compete with the likes of the HTC One or the S4, that’s not what it’s trying to do. 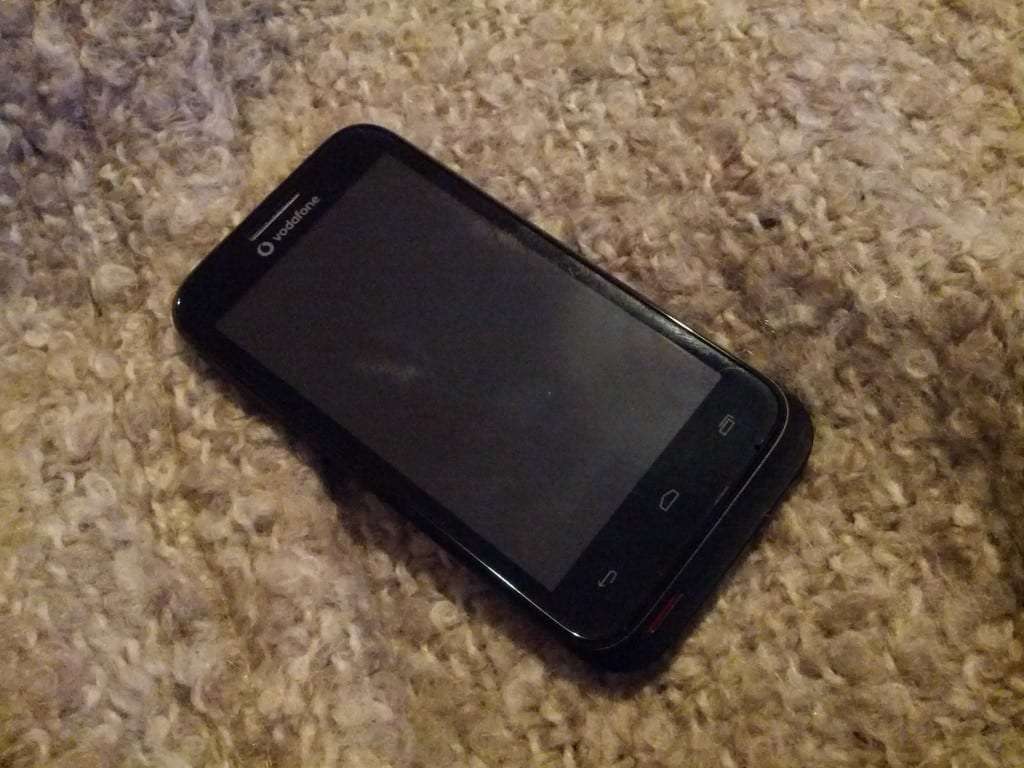 First off, we’ve got the price and well, here’s where you might get a bit of a shock. The Vodafone Smart III is 99euro on Pay as You Go. That’s right, 99euro and for that money you get a decent bit of phone for your buck.

Spec’s wise the Smart III has a 4inch  800×480 screen, 1ghz processor, 512mb ram, 5mp camera and the usual wireless connectivity (wifi, bluetooth, etc..). On top of this it also runs android 4.1 (while 4.2 is out there, very few phones / manufactures actually have it on their phones yet!). The OS is also largely stock, which is a great thing and should, in theory, lead to speedier updates. There isn’t much to say about the OS that you already don’t know about android. It runs pretty smooth with only slight lag every now and then.

In terms of hardware layout, on the right side you’ve got the volume rocker, nothing on the left side, bottom of the phone has the Micro USB port and the top has the screen unlock and 3.5mm headphone jack. So everything is pretty much where you’d expect it to be. 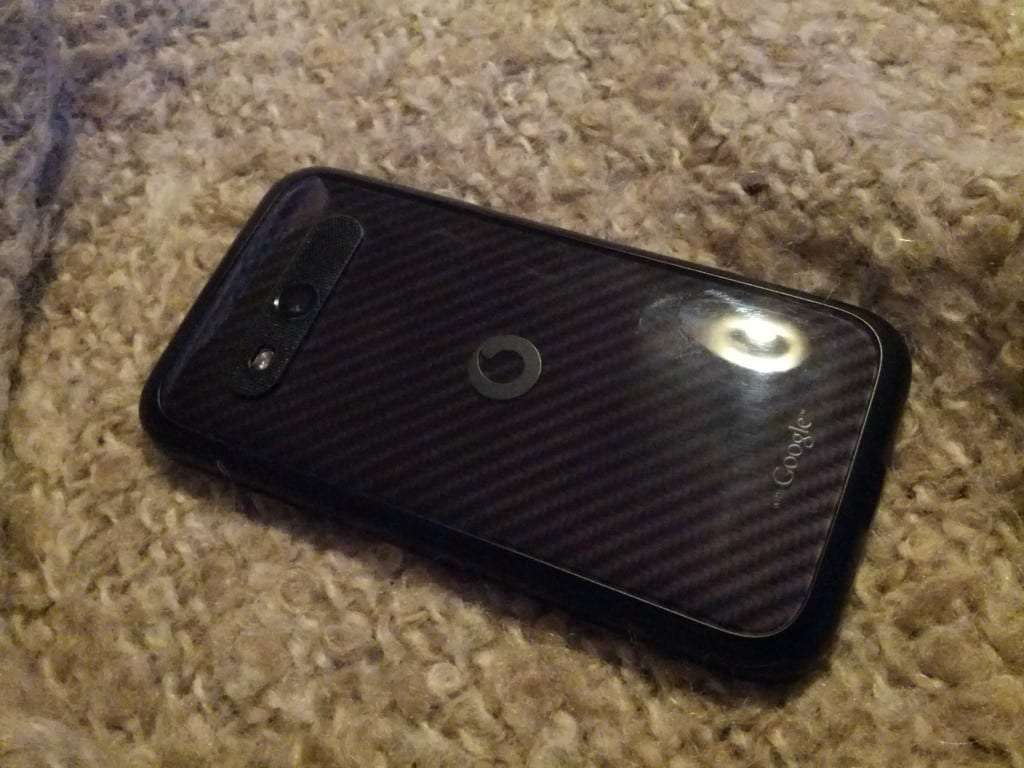 it’s the back of the phone where things get a bit cooler. While you’ve got your camera, flash and speaker the back of the phone also has the ability to be customized. The back is a semitransparent / frosted plastic that allows you to put pictures / textures behind it to affect how it looks and it works pretty well. You get to paper inserts in the box with different texture patterns printed on there. The one I liked was the one that simulated carbon fiber. I can see people adding pictures of loved ones or holiday snaps in there to add a custom look. 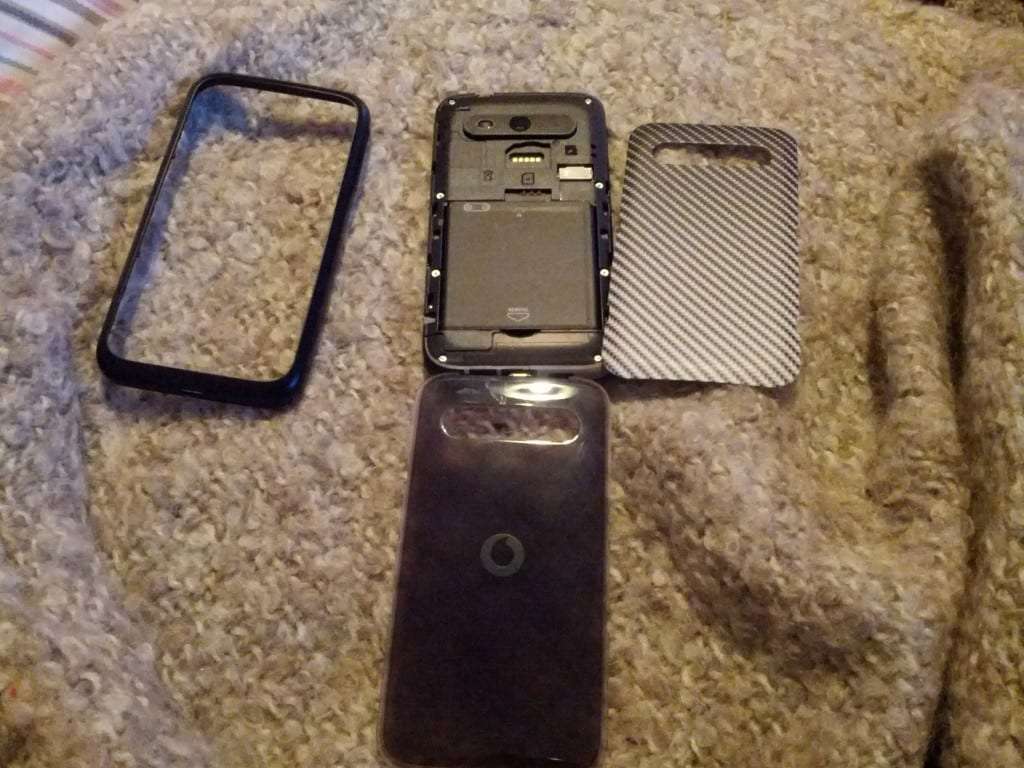 Out of the box, you get 4gb of internal storage with the ability to expand with a Micro SD card so you should have more than enough room for all your photos and songs! Battery life is decent and ‘normal’ usage should get you through the day. 3G connectivity keeps things downloading nice and quick and with Vodafone Ireland upgrading their 3G spectrum you should start seeing better speeds and better battery life with the improved frequencies that are being used.

Other than that, it’s a decent phone at a great price point and one that we can highly recommend. If you know someone on Vodafone that’s looking for a new phone, its one that should be considered (it even makes a great choice for a present given it’s price!)