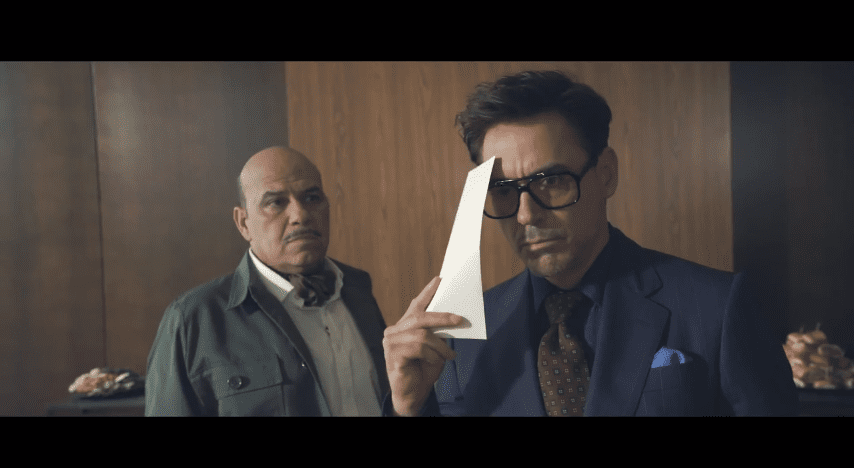 HTC, who are well known for their creative marketing and sponsorships, today have announce their most ambitious one to date and it features everyones favourite Iron-Man, Robert Downey Jr.

HTC have been teasing this for a while now with some short clips hinting at RDJ’s involvement (yep, we call him RDJ here as well, why not!), but in todays clip we get to see him and get a taste of where his campaign is going. I dunno about you, but we LOVE it!

We’re looking forward to seeing more and more of this over the coming months.
Here’s the official press release:

Dublin, Ireland – 12 August 2013 – HTC, a global leader in mobile innovation and design, today unveiled its most powerful marketing campaign to date. The Change brand platform is a long-term strategy that celebrates HTC’s disruptive impact on the mobile industry over its 17-year history. Ushering in an innovative new approach that will transform the industry, the campaign represents HTC’s largest-ever investment in marketing and will reach consumers through a broad spectrum of traditional and digital media outlets.

To mark the launch of the global platform, a new above-the-line campaign will be rolled out from August 2013. Featuring acclaimed actor and director, Robert Downey Jr., the first ad creative will screen on YouTube on 15th August, to be immediately followed by a series of cinema and TV executions.

Ben Ho, CMO of HTC comments, “HTC’s innovation, authenticity and boldness have made us the change-makers in the mobile industry and led us to launch what influencers regard as the best phone in the world, the HTC One. Our original and playful Change platform is different to anything else out there and aligns our brand with the same qualities our phones are already known for. With this campaign, we are affirming what HTC’s role is in the mobile market which is to define change and to lead the industry in developing the newest and most innovative technologies.”

The face behind the Change

Recognised as one of the most popular faces on the big screen, Robert Downey Jr. has signed a two-year deal with HTC. In addition to starring in the ad, he has injected his own style, working closely with HTC’s global agency 171 Worldwide (WWP Group) to shape its creative direction, putting change at the core of HTC’s brand by offering a variety of unique interpretations of the HTC acronym.

The brand platform will roll out in three phases with the initial advertising campaign highlighting HTC’s brand with a playful take on what it means to different people. The second phase will feature executions which highlight how HTC innovations—like BlinkFeed, Video Highlights and BoomSound—have changed the face of the mobile industry. The following ad spots will then focus on how HTC products empower individuals to drive change in their own lives.

Aligning with the preferences of HTC’s target audience, the ATL campaign will be heavily weighted to cinema, online and digital media. Experiential events in key markets, like the UK, US and Taiwan, will also bring the brand message to life for consumers, who will be able to experience the various creative interpretations of HTC for themselves. Extending the interpretation to consumers, a word randomiser app hosted on HTC.com and promoted via a range of social channels including Facebook, Google+ and Twitter, has also been developed to allow people to identify the most outlandish possible interpretations of HTC, building on the variety of permutations first introduced in the ATL campaign.

About HTC
Founded in 1997, HTC Corp. (HTC) is the creator of many award-winning mobile devices and industry firsts. By putting people at the center of everything it does, HTC pushes the boundaries of design and technology to create innovative and personal experiences for consumers around the globe. HTC’s portfolio includes smartphones and tablets powered by the HTC Sense® user experience. HTC is listed on the Taiwan Stock Exchange (TWSE: 2498). For more information, please visit www.htc.com.