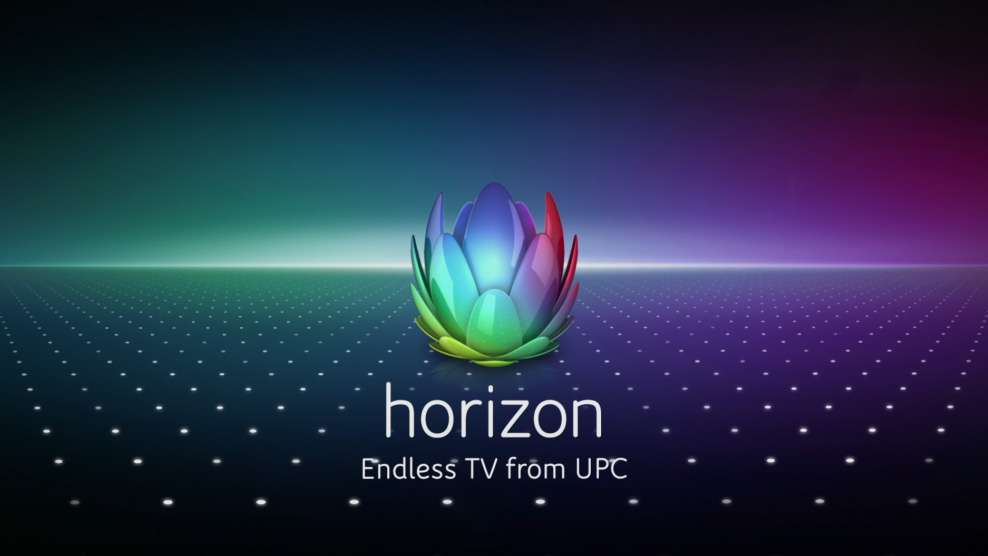 Earlier this week UPC Ireland launched their Horizon service to the market (see full press release below), but luckily enough a number of us here at The Effect.net have been trialing the service for a number of months now, and well we thought we’d put together a quick reivew of our experience of the service so far.

I must note this before continuing the review, the trial was a beta with the purpose to find and fix as many issues as possible so it had it’s ups and downs, in saying that, this should give a fairly good idea of what you can expect.

I won’t be able to cover everything in this review, but I’ll touch on the highlights and come back with other element specific reviews (or answer any questions you might have about it) 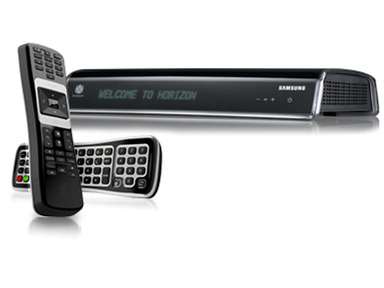 So, what is ‘Horizon’ is the first question that should be answered. Well, UPC are calling it their ‘Next Gen’ TV Service, and in a way, I guess it is. The center of the Horizon is a new set-top box / media hub. This new box is leaps and bounds beyond what UPC has offered in the past. It’s made by Samsung and contains an Intel chipset, 500gb hard drive, HDMI 1.3, 1080p output and 6 tuners!! Why 6 tuners, well, this box allows you to record up to 4 programmes at once and watch another, the 6th tuner is to preload the next channel / show the preview of the channel you’re about to watch. It’s very slick and has gotten better and better through the trial. The channel changes are quick and instant now. On top of the usual TV bits and bobs, it’s also your new Modem. It contains a 4 port gigabit ethernet hub and a B/G/N dual antenna array for better wireless distance and signal.

During the trial, there has been some issues maintaining a solid internet connection, both on the ethernet and the Wifi. UPC have been working hard to resolve these, sometimes calling at 8 or 9pm at night and tweaking settings to increase range on the Wifi or tweaking general settings to get the best results. 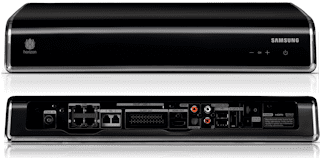 The box is pretty slick looking with sloping front and nice transparent accents. My favourite part is the light on the front. It’s aimed down so reflects off the surface it’s on and the transparent edge allows the light to shine through. When it’s on, the light is blue, when it’s off, for me, it’s yellow. When I say ‘for me’, I mean I have the box set at ‘High Power’ Standby. I like it like this as it allows the box to boot very quickly when I want to watch some TV.

The thing that you’re going to notice first and foremost is the new User Interface and boy is it slick. Don’t get me wrong it’s still missing some very important features, but it’s better than it was when I got the box first and it just goes to show that the power of the box will allow alot of new functionality to be added going forward. I guess I should touch on what features I think are missing: 1) A delete entire series option 2) a select day on the guide 3) more than now and next in the guide 4) more cover art on the shows… and that’s just what jumps to mind right this second.

Don’t let any of those elements put you off upgrading, it’s soo worth it, especially those extra tuners. I know I didn’t know why I’d ever need so many tuners, but then I started to realise what the box was doing. Say for example I was recording something on BBC at 8.00pm until 8.30pm and then another show on BBC again from 8.30pm onwards, well the box will record a few mins before the show at 8pm and a few mins after it’s finished and it will use another tunes to start recording the other show a few mins before 8.30 and again a few mins after. I’ve yet to come across a case where I missed the start or end of a show I was watching. It’s also now intelligent as if the show moves, the box appears to know, which is nice. 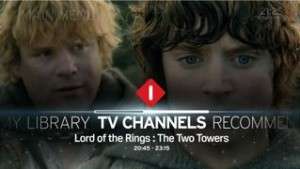 The system also contains ‘Apps’, according to UPC, 27 in total. The apps are quite handy. If you’re watching a TV or movie and want to find out more, you can open the Wikipedia app and it will ‘float’ on screen giving you that extra information you were looking for. Also, very hand is the YouTube app. I’ve used when I’ve been watching shows and wanted to see if I could find any more. Opening the YouTube all while your watching the show, searching for the show your watching and shows you results form YouTube. On top of that, there’s weather, news and even a ‘screen saver’ app. This is quite fun and can turn your TV into a fireplace, or a window with rain trickling off it.

UPC are well known for for their On Demand service and well, it doesn’t disappoint here. You have your full selection of Catch Up services from TV3 and RTE as well as some UK providers. There’s loads of TV Box sets that are presented much nicer than I’ve seen anywhere else. You get to see the cover art for the show you’re browsing. The On Demand movie rental selection is great and bang up to date. You have the choice of SD or HD, with the HD costing a little more. They play instantly and the quality is amazing! Surround sound and all! 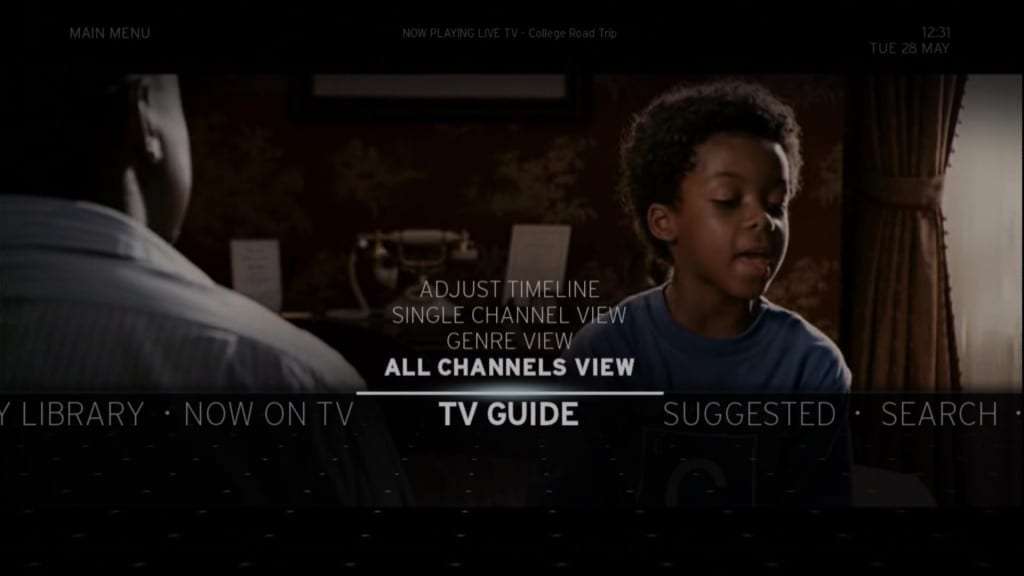 The trial has been interesting, with it’s up’s and downs, but what I will say is UPC have been stellar to deal with. I had an issue with the box not upgrading the software correctly on a Friday morning, and by lunch time, and a dozen or so calls to try and fix the issue a guy called out and replaced the box. From my experience, I can only commend the Horizon staff and the Social Media support team, they’ve been great to deal with and helps all along the way.

There’s much much more I could go on about, but I’ll save that for another time (or if you’ve anything specific you’d like to know, please get in touch).

Right now, UPC Horizon is a great service. Can it get better? Absolutely, there’s a large number of areas I think UPC could improve on, and I hope that UPC keep rolling out the software updates as quickly as they have been to date. If they do, I’d say go for it and upgrade now, if there’s any sign of slow down, I’d say hold off upgrading your service until some of the issues I noted at the start are resolved (you can be sure we’ll post when the next software update hits)

Horizon TV brings Irish consumers closer to the TV they love with:

And Horizon contains all your services in one clever box:

“When it comes to TV, UPC is Ireland’s leading innovator. Today we’re taking television to the next level with the introduction of Horizon TV.”

“UPC Horizon TV will completely transform consumers’ TV experience, by doing two extraordinary things, bringing Irish consumers closer to the TV they love in better and new ways, and putting all their services together in one clever box. These services combine to make a unique product which is unmatched by any other TV provider.”

The launch of Horizon TV has been enabled by UPC’s investment of over half a billion euro in its fibre powered network.