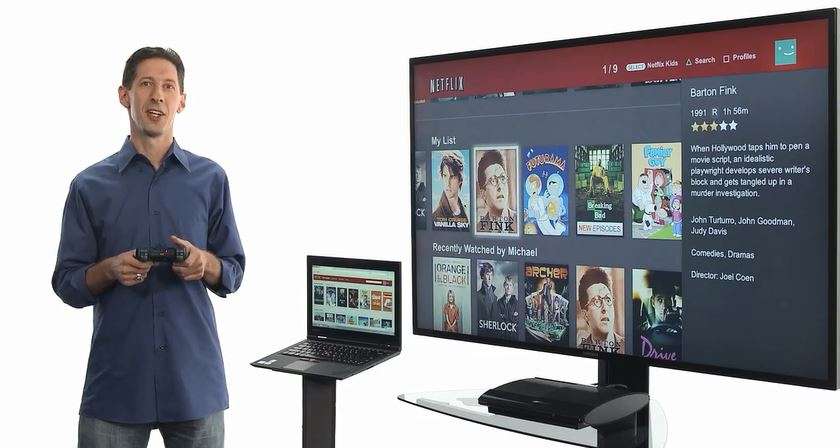 The chances are good that you’ve been browsing Netflix and noticed some stuff that you’d like to watch, but don’t have the time right then. Sure enough, you forget all about the TV Show or Movie and never end up watching it.

Netflix have you covered with “MyList” which is essentially Evernote for Netflix, allowing you to add shows and movies to your own list for watching a later time.
The list will sort the items in the order you’re most likely to watch them in and it’ll even alert you if a certain show or movie has streaming rights that are about to expire, so you can watch it before it leaves Netflix.

All you’ve gotta do is click on the title and hit the ‘+My List’ button. The feature will begin to work on the Netflix website at first but over time will reach all devices.

Each user Profile will have their very own list too.
MyList is set to roll out today and all Netflix users worldwide should be able to use it in the next two weeks.

Starting today, Netflix members can create their own row on Netflix by adding titles they’d like to watch to My List. All TV programmes and films added to My List will be displayed in a new, personal row on all the devices used to watch Netflix.

“My List is another example of our on-going effort to improve the Netflix experience,” said Netflix Chief Product Officer Neil Hunt. “With My List, our members now have an easy way to remember TV programmes and films they discovered on Netflix to watch later.”

To add titles to My List, simply click “Add To My List” when viewing the details of a title on Netflix. After adding several titles, the unique Netflix recommendation technology will present those titles a member is most likely to want to watch up front.

Additional data makes My List more informative, initially on the website only but soon across devices. Annotations will highlight if new seasons are available for a TV series and a callout will appear if a title will soon no longer be available because streaming rights are set to expire.

Introduction of My List follows the launch of “Profiles”, another Netflix enhancement that provides multiple people in a household with an individual, personalised Netflix experience. Each profile will now also have its own My List.

My List is included at no extra cost in the Netflix subscription price. Rollout of My List starts today and all Netflix members worldwide will be able to enjoy it within the next two weeks.