This line, muttered by the Wolf character as he dons his mask for a nice day of robbery, sums up the motive for your team in Payday 2, get rich – simple.

You don’t need to have played the original Payday to know what’s going on, but if you have then you’ll notice the vast improvements that have been made, apart from a few rough areas.

You play as one of four bank robbers named Wolf, Dallas, Hoxton and Chains, but neither one has any advantage over the other so your choice is purely aesthetic. 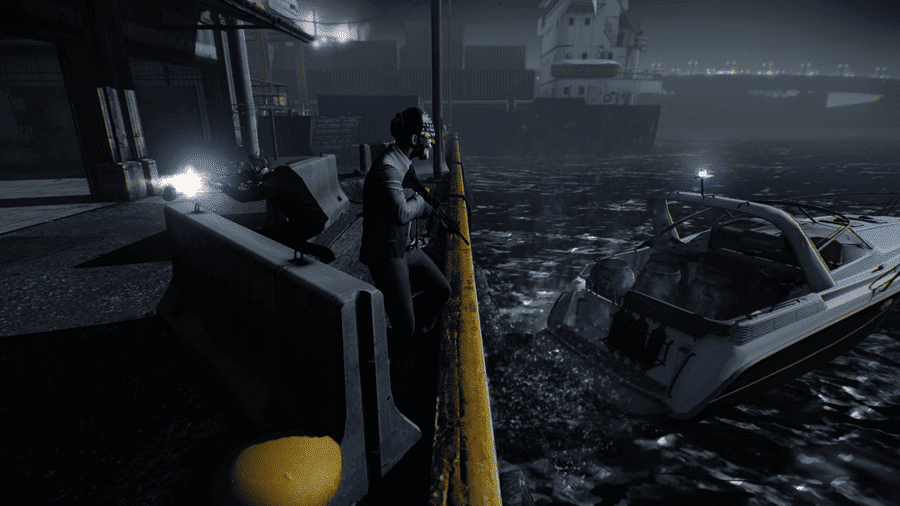 Using an online system called Crime.Net you choose which jobs to do and earn cash and experience from them to buy new weapons and level up, respectively.

The Crime.Net system is one of my biggest gripes with the game – there’s just no logic or structure to it at all, jobs flash up onto the map for a few seconds and if you don’t get your cursor to them quick enough, they vanish.
Meaning if there’s a specific heist you want to do, you just have to hover around the map for a while and hope that it appears.
A filtering system would go a long way here.

The Heists themselves are fun and varied, with there being over 30 types to complete overall. However it can get repetitive in the early levels as you can only complete the easier heists for a while and thus have to grind them a bit before you unlock the more complex heists.

Although just like Left4Dead, each heist will be slightly different from the last – the vault placement, cameras, doors, metal detectors etc. will all change between jobs, so don’t think you can just memorize the map for a speed run. This is really cool as it helps to keep the game fresh even when you’ve already done the same heist a few times.

Speaking of which, the bigger heists that span several days are actually quite difficult, objectives are varied and the enemy AI is surprisingly tough – on their own cops don’t prove too much of a challenge but when they come in force you’ve got to be ready.
The cops will arrive in waves, the first waves being the standard beat cops who don’t stand a chance, and as time goes on SWAT will arrive alongside FBI and armoured tactical units too. 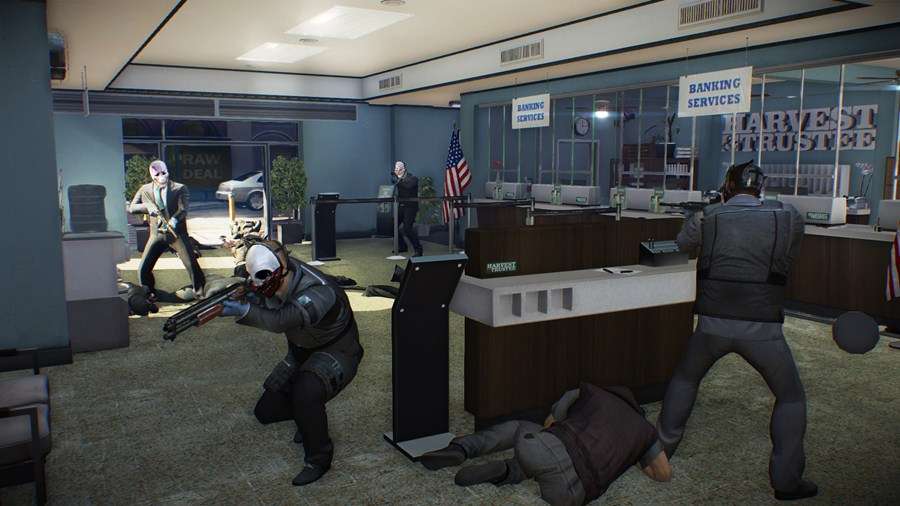 It’s definitely in your best interests to get in, get the loot and get out as quickly as possible.

Your own teammates’ AI on the other hand, is downright useless. They’re ok for distracting cops or reviving you when you’re down but considering they won’t even pick up money or gold, they make pretty bad bank robbers.

Where Payday 2 shines is online, and in order to really get your moneys worth you’ll need to play online, preferably with friends.
Once you buddy up with your friends, the game becomes so much more – addictive springs to mind, just one more heist, one more, no really just one more, until it’s 2am and you’re up for work in four hours.

The weapons are realistic and have amazing sound, especially when outside on a street say, the echo is believable and punchy
Visually Payday 2 isn’t going to win any awards, textures look muddled up close and animations aren’t great, but ultimately it won’t stop you enjoying the game.

There’s some great Easter eggs and cultural references hidden inside too, with one mission even involving you creating meth to deal (Walter White would be proud).

Each heist plays out differently too, if you take too long to get the loot out then the getaway driver might be killed and you’ll have to wait even longer for another way out.
Longer heists that last a couple of days can be altered too – if you manage to blow up the aforementioned meth lab (by adding the wrong ingredient) then the following Day will be tougher as you’ll have no meth to trade, also earning you less cash, meaning you should be trying hard to complete objectives properly.

The sound design is stunning, the dialogue is constant and well-delivered, from the cops shouting orders to one another or one of your team telling civilians to stay down on the ground. The score is great too, slow and tense during the beginning of a heist and building up into heart-thumping electro beats while the police assault your position. 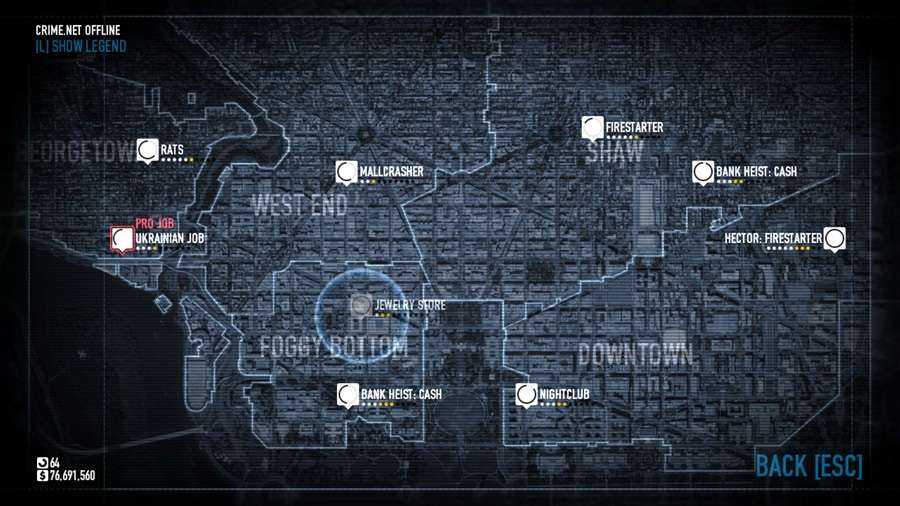 Weapons can also be modified with scopes, attachments and even the removal of stocks to make concealment easier. Different masks are also awarded at random at the end of successful heists, some of them are downright scary while some of them are more tongue in cheek.

There are also four classes to choose from, Mastermind, Enforcer, Technician and Ghost.
The cool thing is that you’re not tied down to just one class, using cash and skill points which you get when you level up, you can mix and match as you see fit.

Although each class does have its’ own special features so it’s worthwhile focusing on one until you get to the good stuff at the top.

Payday 2 is one of the rare games that puts you in the shoes of the bad guys and maybe that’s why it feels so good to play, to be pure greedy and evil for a change is just so much fun and refreshing.

If you have one to three friends picking up Payday 2 then it’s a no brainer – rob some banks and have a great time. Even with random players it can be great fun and you actually learn different styles of play that way.

If you’ve ever watched Heat or the bank robbery scene in The Dark Knight and wanted to do that in real life but didn’t fancy getting shot or going to jail, Payday 2 is right up your alley.