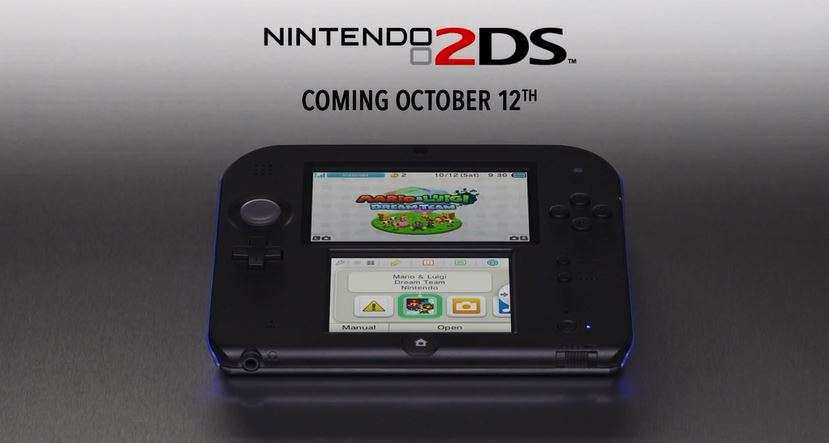 Nintendo have today unveiled a new handheld in their DS range, the aptly-named 2DS.

The 2DS will play all Nintendo 3DS games but just in 2D, no 3D support is present. The 2DS also won’t have a hinge, meaning it’s a single form factor that doesn’t close over- interesting as the screens are now more venerable to damage. 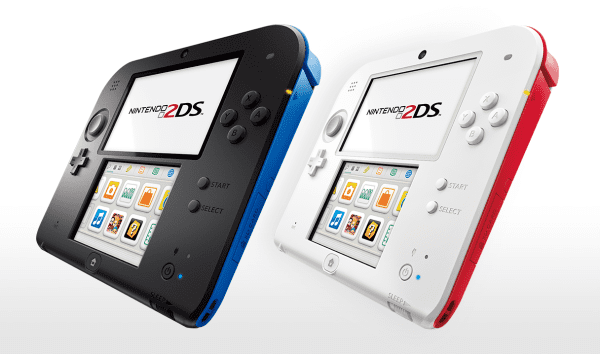 The 2DS is otherwise similar to the 3DS and will have the same functions such as WiFi, Local and Online Multiplayer and StreetPass.
The 2DS will also play Nintendo DS games as well as 3DS games.

The Nintendo 3DS will launch in North America on October 12th, no word of a European release yet though.