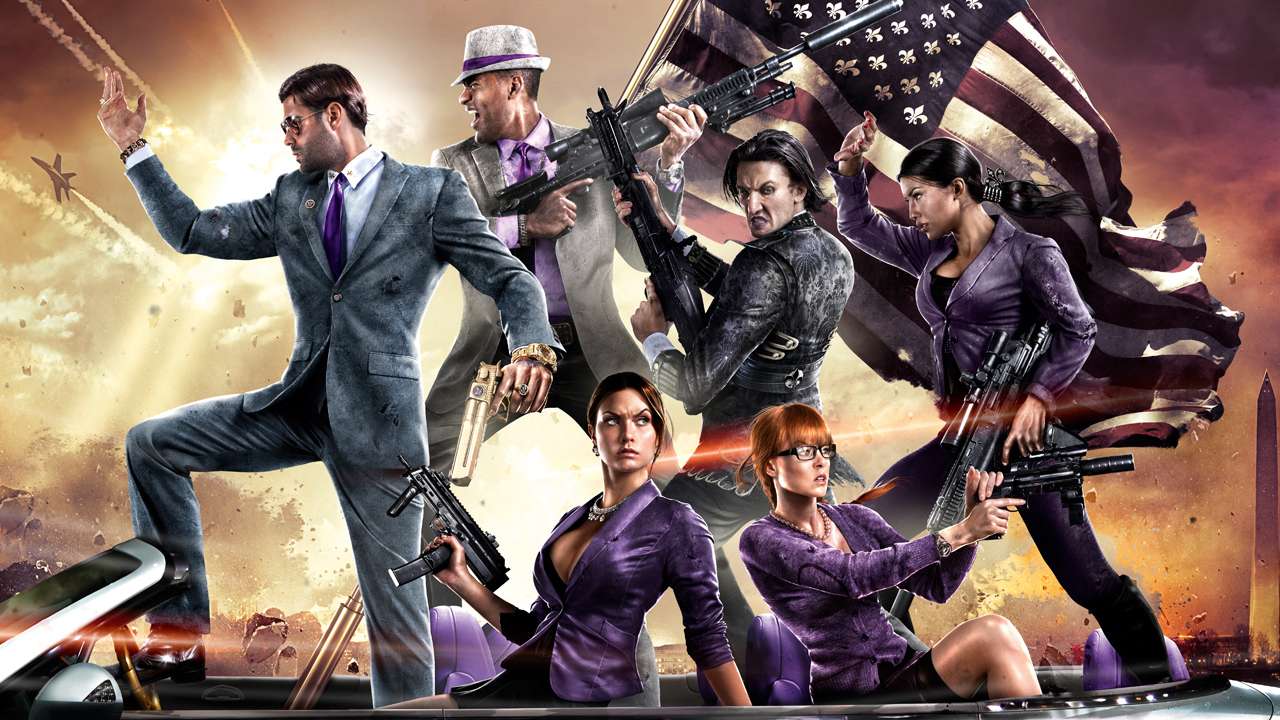 Saints Row IV is hard game to describe. As a series, Saints Row is probably the closest thing we as a video game loving audience have to a straight up comedy title and from the beginning Saints Row IV is very much the same parody-packed third-person action game we’ve come to love and enjoy.

Originally, this series started as a straight up clone of GTA but since we’ve watched as the heroes of the game, The Third Street Saints, and their iconic boss character (you) rise from street gang to beloved movie/tv stars to now, yep you guessed it, President and cabinet of the United States. All this and you now face your biggest challenge, aliens!

So yes, the game and plot is ludicrous but that’s the point isn’t it? The Saint Row series isn’t about accurate realism! No, it about is constantly trying to top itself through the fantastic, and now they’ve gone all the way down the spectrum to the point where your gangster is now the President of the United States. 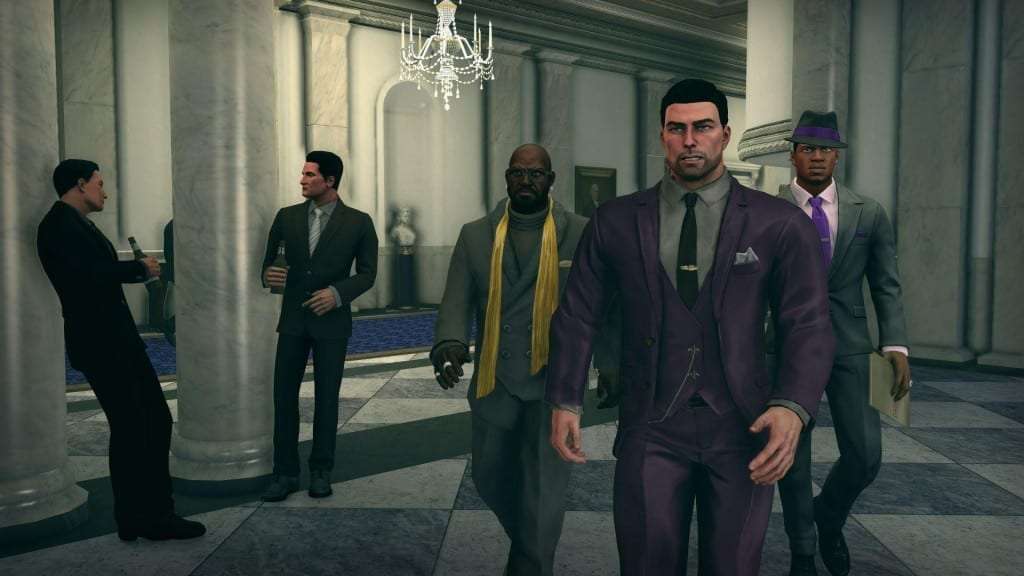 After the Aliens invade, you’re trapped in a Matrix-like recreation of the open-world city of Steelport, and Saints Row IV leaves behind the GTA inspired clones and effectively becomes an entirely different game through the introduction of those genuinely cool superpowers.

In the beginning of Saints Row IV you still shoot guns and drive from point A to Point B but soon enough these traditional prizes of the open world marketplace are made obsolete as your character is imbued with a Flash-like super sprint and a Superman jump, “able to leap tall buildings in a single bound”, and by collecting ubiquitous glowing blue clusters, you can enhance these abilities and the others you gradually unlock. So honestly, once you have these power appropriately leveled up, you’ll probably hardly ever use a vehicle again, since you can run faster than any car in game. 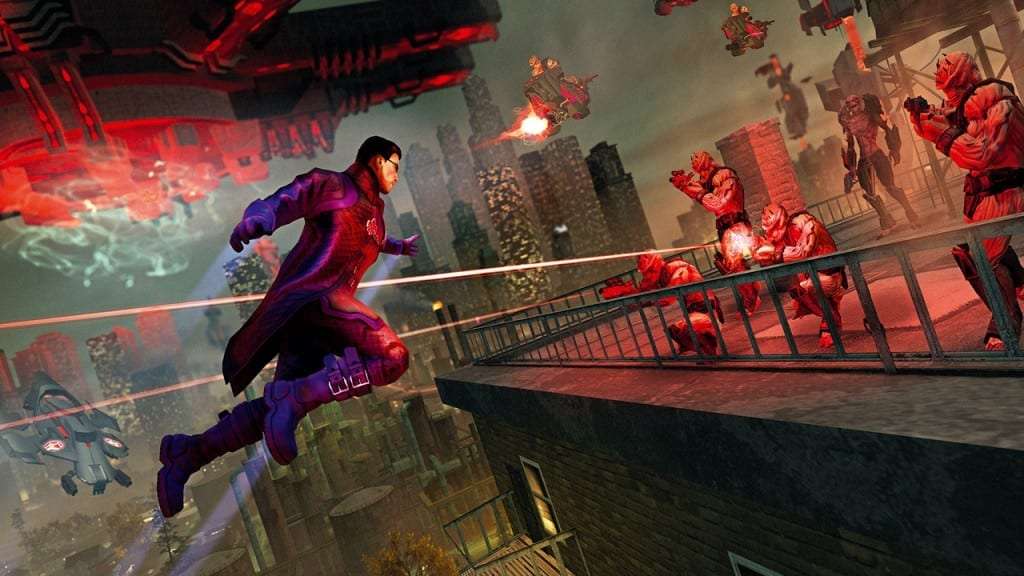 Even with all these cool super powers, you’ll still need a bit of help from your crew. Over time, Kinzie, your tech guru, is able to unlock superpowers for your character and this drastically change the combat as well. Early enough, you unlock offensive powers like fire and ice blasts, ground slams and telekinesis. Unlike completely abandoning cars because of your powers, you do still use guns frequently, and your new “Neo-like” powers can be combined with them, like freezing a group of aliens, then shattering them with gunfire (As much fun as it sounds).

Every time you rescue one of your crew members, they’ll appear on your spaceship. (What did expect you are fighting aliens.) This small addition allows Saints Row IV to pokes fun at the Mass Effect universe, as you can romance each crew member with a single button press instead of a few hours of branching conversation trees. A sample conversation would be me asking Kinzie, “Wanna f***?” to then have her say “Let’s do this,” knock me to ground with a right hook, and jumping on me to do the nasty. Each encounter is similarly simplistic and over the top ridiculous, and it ends up being one of the game’s better gags.

As you go about Saints Row IV rescuing your fellow the Saints from their virtual imprisonment, including a campy 1960’s sitcom world, a Splinter Cell/Metal Gear Solid parody, and even revisiting the original Saints Row’s Stillwater, you are treated to the game’s unique humour. Most may think it’s just kras and silly college jokes and for the most part it is but not always in the ways you expect. The game’s humor is unabashedly stupid (A true staple of the series), but it’s smart stupid. The writers have found ways to work in references to Shakespeare, clarifications about the distinction between alliteration and assonance, and even knocks at those silly people who don’t know the difference between a robot and a mech suit (Manga and JRPG gamers will appreciate this one). Additionally the cut scenes and back and forth witty conversations between the Saints will consistently have you laughing out loud on numerous occasions. 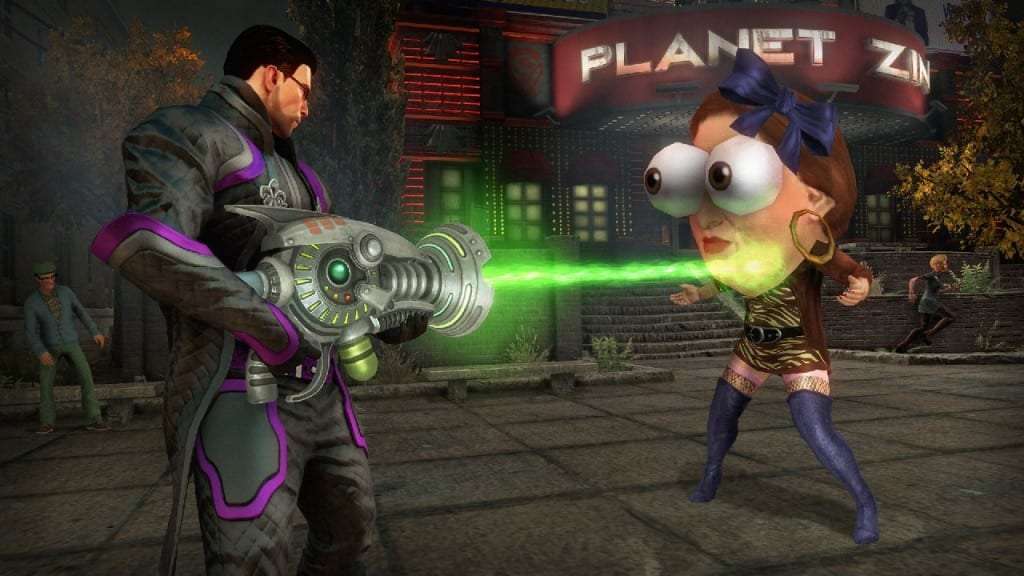 Even though I rarely needed new weapons in the game, Saints Row IV had an amazing gun selection. Beyond the standard handguns and machine guns, you get a campy alien pistol, a Disintegrator (“borrowed” from Red Faction), the Abductor (which sucks everything into the sky), the Inflatoray (That blows everyone’s head up like a ballon) and even a black hole gun that allows you  to create multiple singularities that suck anyone and everything into them. I also have to tip my hat to the developers you allowed that most of the conventional weapons come with multiple cosmetic model options, such as pistol homages to Blade Runner and Firefly.

I think it’s debatable whether or not this drastic change is good for the game overall. Powers are certainly fun to play with, but on the other hand, completely abandoning the core structure of the game might annoy some fans, while others will feel like they’ve done this before. Yes, Saints Row IV does owes a lot to games like Crackdown and Prototype, but the absurd humor that infuses every aspect of this game gives it an identity all its own and honestly it’s entertaining as hell.