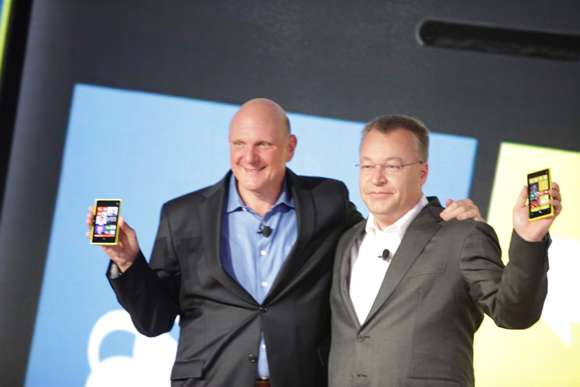 Microsoft announced today that it will purchase Nokia’s Devices and Services decision, essentially taking control of all Nokia mobile phones into the future.

The sale, which is reported to have begun around February this year will set Microsoft back a cool €3.79 billion, while licensing Nokia’s patents for ten years will cost them €1.65 billion along with an option to extend the patent agreement indefinitely.

Microsoft will also supply Nokia with €1.5 billion in “immediate financing” and will become one if the top three customers for Nokia’s HERE mapping platform.

Under the agreement, the Lumia and Asha brands become property of Microsoft.
Microsoft can continue to use the Nokia brand on all current phones and they can also use it for ten years on any products based on Nokia’s Series 30 and Series 40 featurephone platforms, but any future phones created under the new agreement must not use the Nokia brand.

With a term like that, it’s not far fetched to expect to see Microsoft Windows Phones, but made by Nokia – kind of like Google’s Nexus range of smartphones.

Current Nokia CEO Stephen Elop (who was a Microsoft executive not so long ago) will be succeeded by Risto Siilasmaa, while Elop will move to the role of Executive Vice President of Devices & Services – he’s expected to officially return to Microsoft once the deal is final.

Microsoft CEO Steve Ballmer praised the deal in a letter to employees:

“This is a smart acquisition for Microsoft, and a good deal for both companies. We are receiving incredible talent, technology and IP. We’ve all seen the amazing work that Nokia and Microsoft have done together

Ballmer just last month announced that he would step down as Microsoft CEO and observers are already quick to peg current Nokia CEO Stephen Elop as a potential successor.