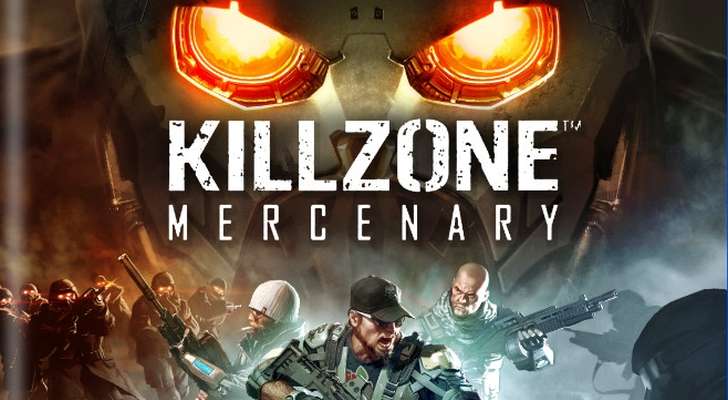 Killzone: Mercenary has finally landed for the PS Vita and we got our hands on the game to give it a once over. Is it a welcomed entry into the Killzone universe? Will it become an infamous ‘device seller’? Read on for our verdict.

Developed by Guerrilla Cambridge, Killzone Mercenary is the first Killzone game on Sony’s latest handheld but not the first time Killzone has gone portable. Killzone made it’s first portable outing back in 2006 with Killzone Liberation on the PSP. It’s been 7 years since then and the latest Killzone instalment is proof that Guerilla has learnt from all their previous games and created a truly great portable FPS. 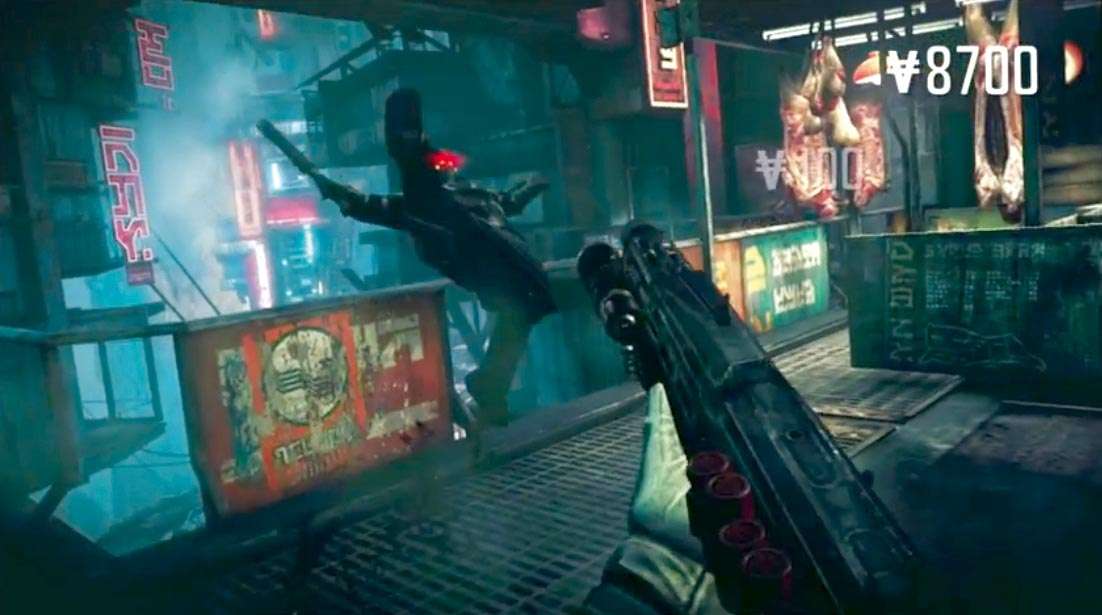 Working for both sides of the war, you’ll do pretty much anything for the paycheck.

As always, we don’t like to go into much detail when it comes to a game’s story so as not to give much away. We’ll be honest though, Killzone: Mercenary won’t be winning any gaming BAFTA’s for it’s story but that’s not to say it’s a bad thing. The game starts just after the ending of the original Killzone on PS2 and revisits many of the events from the Killzone trilogy. 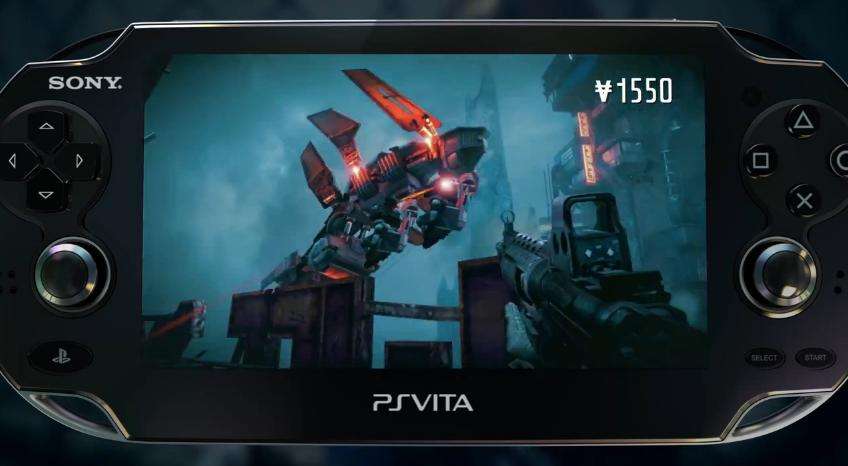 Your name is Arran Danner and you’re a mercenary for hire. Working for both sides of the war, you’ll do pretty much anything for the paycheck. When a seemingly simple evac mission goes wrong on Helghan, your support for either side of the war is questioned. The story takes some nice twists and will keep you guessing until the end.

If you played any of the other games in the franchise, you’ll have an idea of how this game plays. What makes it different from all other Killzone games though is the introduction of touch controls with the use of the Vita’s touchscreen on the front and touch panel on the back of the device. The touchscreen is used to carry out all sorts of commands such as weapon switching (which can also be done by pressing right on the d-pad) opening doors and hacking terminals.

It can also be use for what we think is the coolest feature, and that is carrying out deadly melee attacks or assassinations. When near an enemy, you can hit triangle and this will slow the game an enter you into melee mode in which you must perform an onscreen command and draw a line in the direction of the arrow to carry out the attack. There is a nice bit of variety in these sequences and they become more complicated depending on the difficulty level you’ve selected. 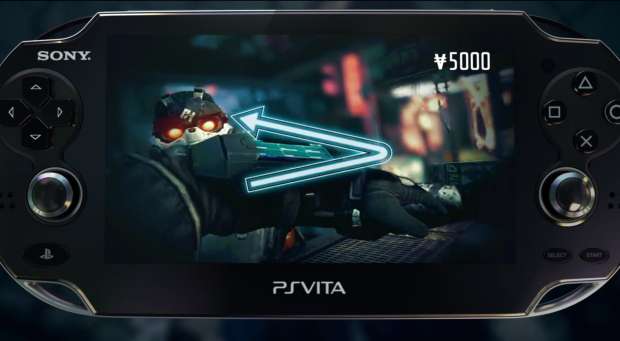 The touch panel on the device’s back can be used also to interact with the game, allowing you to carry out tasks such as zooming in and out with your sniper rifle by sliding your finger up and down the back or allowing you to start sprinting by tapping and holding on the back. You would think that touch features like this would take you out of the game for a second and feel awkward but the are surprisingly intuitive and you become well used to them after a while.

This is, hands down, the best looking portable game we’ve ever played.

Now this is the part of the game which impressed us the most. This is, hands down, the best looking portable game we’ve ever played. It’s looks stunning on the Vita’s screen and some of the lighting and reflections effects are simply amazing considering this is all happening in the palms of you hands. Guerrilla Cambridge really have outdone themselves at creating a gritty and dark yet beautiful world for this Killzone outing and we know you’ll agree if you see this thing in action for yourselves. 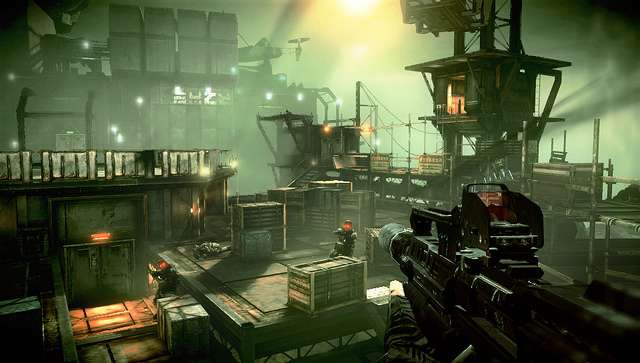 This is an actual in-game shot. The lighting is incredible for a handheld game

The high graphic fidelity you get in the single player side of the game is carried over to the multiplayer with not so much as a hiccup. We never noticed and lagging or stuttering throughout our time with the game and this again, is testament to how well Guerrilla learned to use the Vita’s hardware to their advantage.

There are 3 Multiplayer modes to choose from and we particularly enjoyed Warzone. Here is what you can do in each.

Mercenary Warfare is a chaotic free-for-all, where players engage in a brutal and uncompromising race to earn the most Vektan Dollars in the set time limit. You have no allies here!

ISA and Helghast factions go head-to-head in a team-based deathmatch. The faction that takes out the most enemy troops before the time runs out is the winner.

In Warzone, two factions face off in five different missions. Each mission features its own rules and objectives that rely on teamwork, strategy and tactical play. The results from each mission are tallied together to reveal the winners of this epic battle. 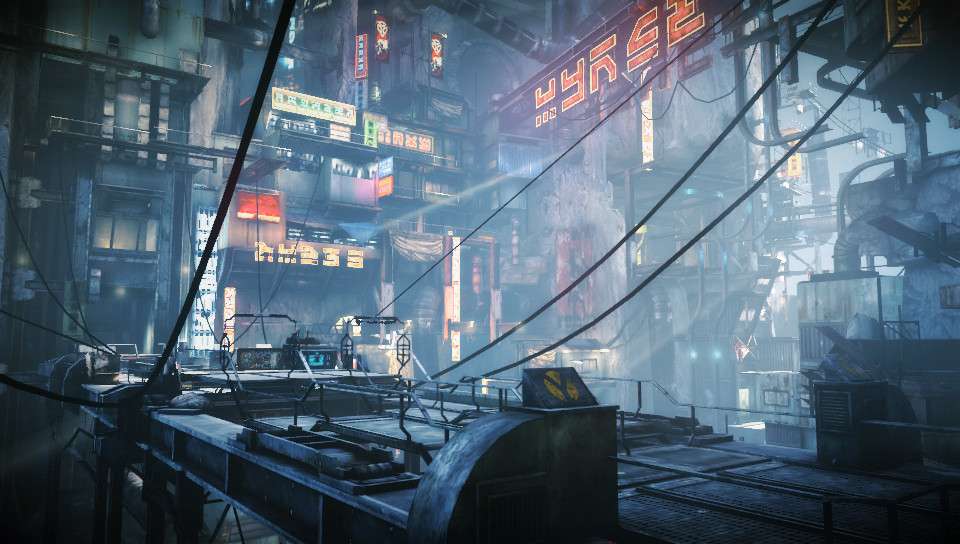 Killzone: Mercenary is a must have for any self respecting Vita owner.

With previous let downs in the Vita’s FPS line up, we really wanted Killzone: Mercenary to deliver and boy, did it! This is finally a portable FPS shooter Vita owners can be proud of and one which they will find hard to put down. We loved the graphics, the gameplay was top notch and multiplayer still has us going back for more. Killzone: Mercenary is a must have for any self respecting Vita owner.