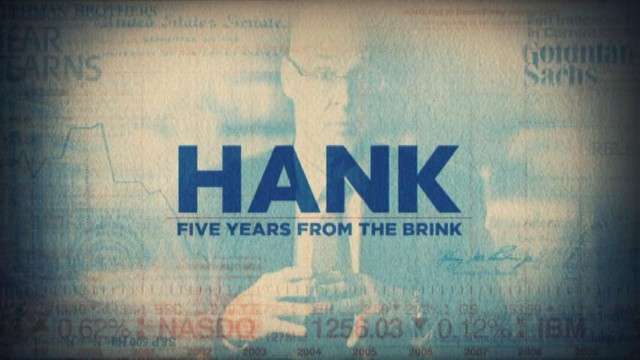 Netflix and Bloomberg Businessweek have just announced the new documentary film “HANK: Five Years From the Brink” will launch exclusively on Netflix on September 16, 2013. The film, co-produced by Bloomberg Businessweek and RadicalMedia, features former U.S. Treasury Secretary Henry Paulson and is timed to the fifth anniversary of the collapse of Lehman Brothers, and the start of the global financial crisis. 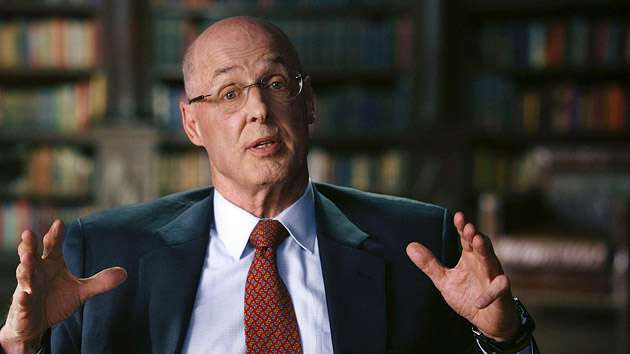 “HANK: Five Years From the Brink” is directed by Academy Award and seven-time Emmy nominated filmmaker Joe Berlinger, whose documentaries include the critically acclaimed “Brother’s Keeper,” the “Paradise Lost” trilogy, “Metallica: Some Kind of Monster” and “Crude.” The film marks the debut production from Bloomberg Businessweek Films, a newly launched initiative that will seek out visual, complex, and emotionally rewarding business stories as original producers and acquirers.

For three weeks in September 2008, Hank Paulson was the one person charged with preventing the collapse of the U.S. economy. In “HANK: Five Years from the Brink,” Paulson tells the complete story of how he worked to persuade banks, members of congress, and presidential candidates to sign off on nearly $1 trillion in bailouts—even as he found the behavior that led to the crisis, and the bailouts themselves, morally reprehensible. Paulson also details here why another fiscal crisis is inevitable.

“We love bringing thought-provoking documentaries to our members and so to be the premiere home for ‘HANK: Five Years From the Brink’ is a thrill for us,” said Netflix Chief Content Officer, Ted Sarandos.

“As a documentary filmmaker for over 20 years, it’s really exciting to find novel ways to reach audiences with a new content creator like Bloomberg Businessweek Films, through an expanding powerhouse like Netflix,” said director and producer Joe Berlinger.

No one understood financial markets better than Hank Paulson, the former CEO of Goldman Sachs. Yet Paulson wasn’t quite the pinstriped banker he appeared to be. In exclusive interviews, Paulson tells of his childhood on a farm in the Midwest, aspiring to be a forest ranger. Paulson was a family man—married to his wife, Wendy, for 40 years—and a devout Christian Scientist with left-leaning politics. After working on his first bailout as a junior staffer in the Pentagon and then in the Nixon White House, Paulson returned with his family to his native Chicago to forge a career at Goldman Sachs. Hank Paulson had refused two previous offers to be Secretary of the Treasury before finally accepting in 2006, not willing to let his fear of failure or his family’s distaste of the Bush administration—which Wendy readily admits in separate interviews—stop him from serving his country.

To see the collapse through Paulson’s eyes sheds new light on both the crisis that was, and the depression that could have been. “HANK: Five Years From the Brink” is a riveting portrait of leadership under unimaginable pressure—and a marriage surviving under unfathomable circumstances.

“HANK” will be available in the U.S., Canada, UK and Ireland on September 16, 2013, and in the remaining Netflix territories on November 1, 2013. The film will be distributed by Virgil Film and Entertainment. Submarine represented Bloomberg Businessweek for the deals with Virgil and Netflix.