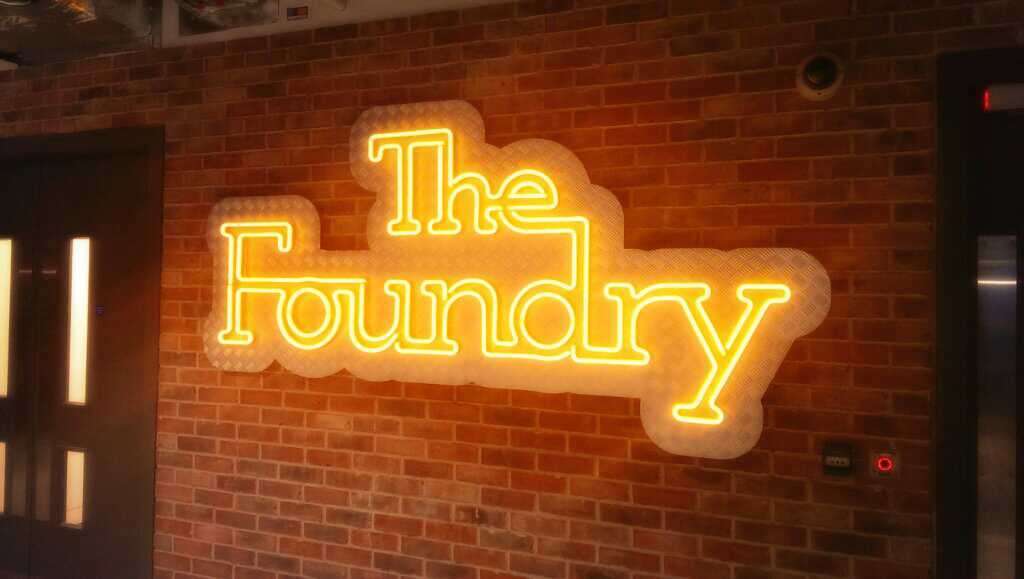 We got the chance to attend the official opening of a brand new premises at Google’s EMEA headquarters here in Dublin called The Foundry. The Foundry is Google’s new Digital Innovation Centre and the first of it’s kind in Europe. It will be used as a meeting point and melting point for European companies and great ideas to mix and benefit from each others ideas and strategies.

Equipped with many important features for any digital innovation centre, The Foundry will bring thousands of business people into the country and into Google’s new premises to spark new ideas and strategies for the future online. The official press release will be in the link at the bottom of the post. Here are some more images from the new building. 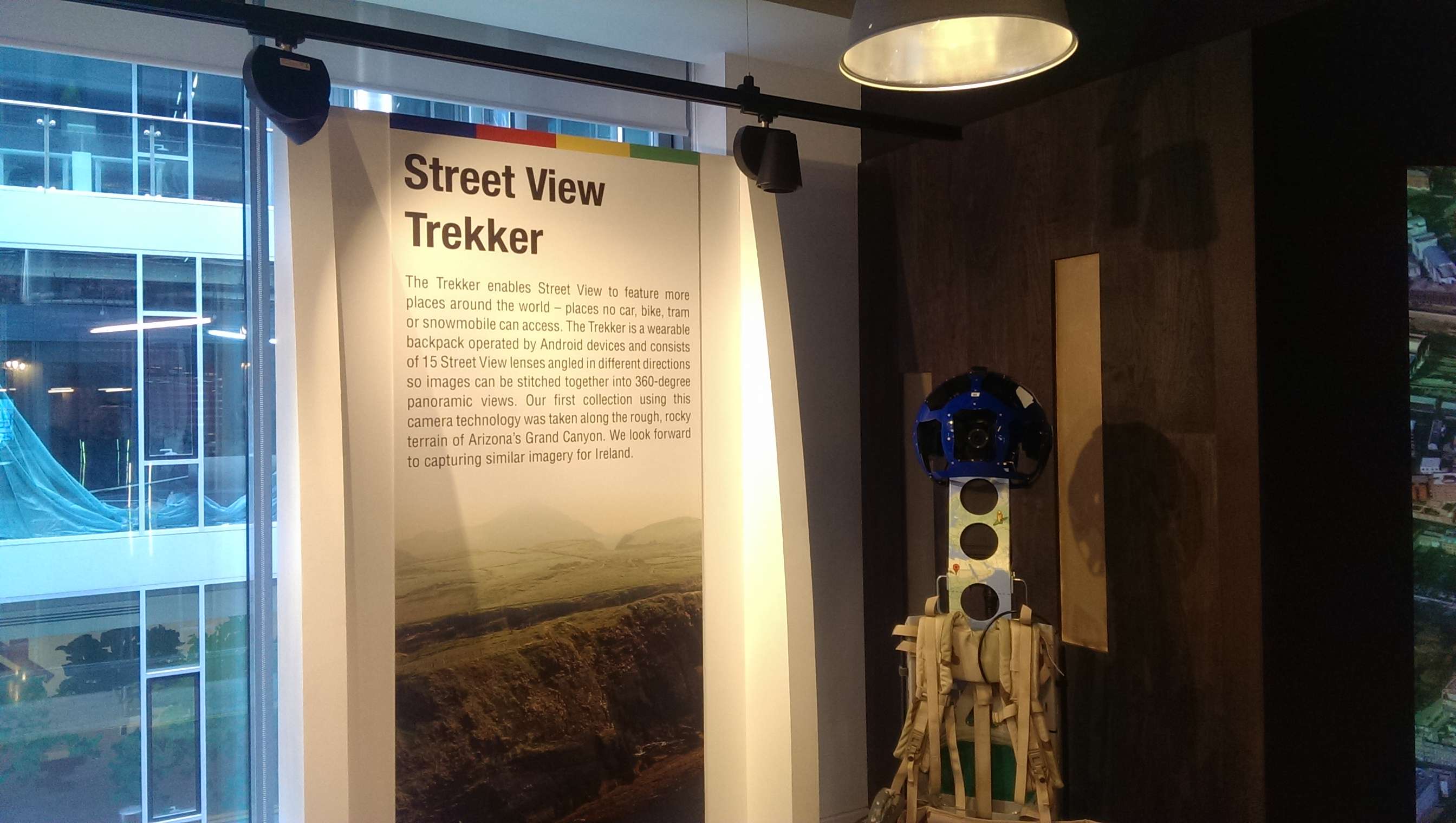 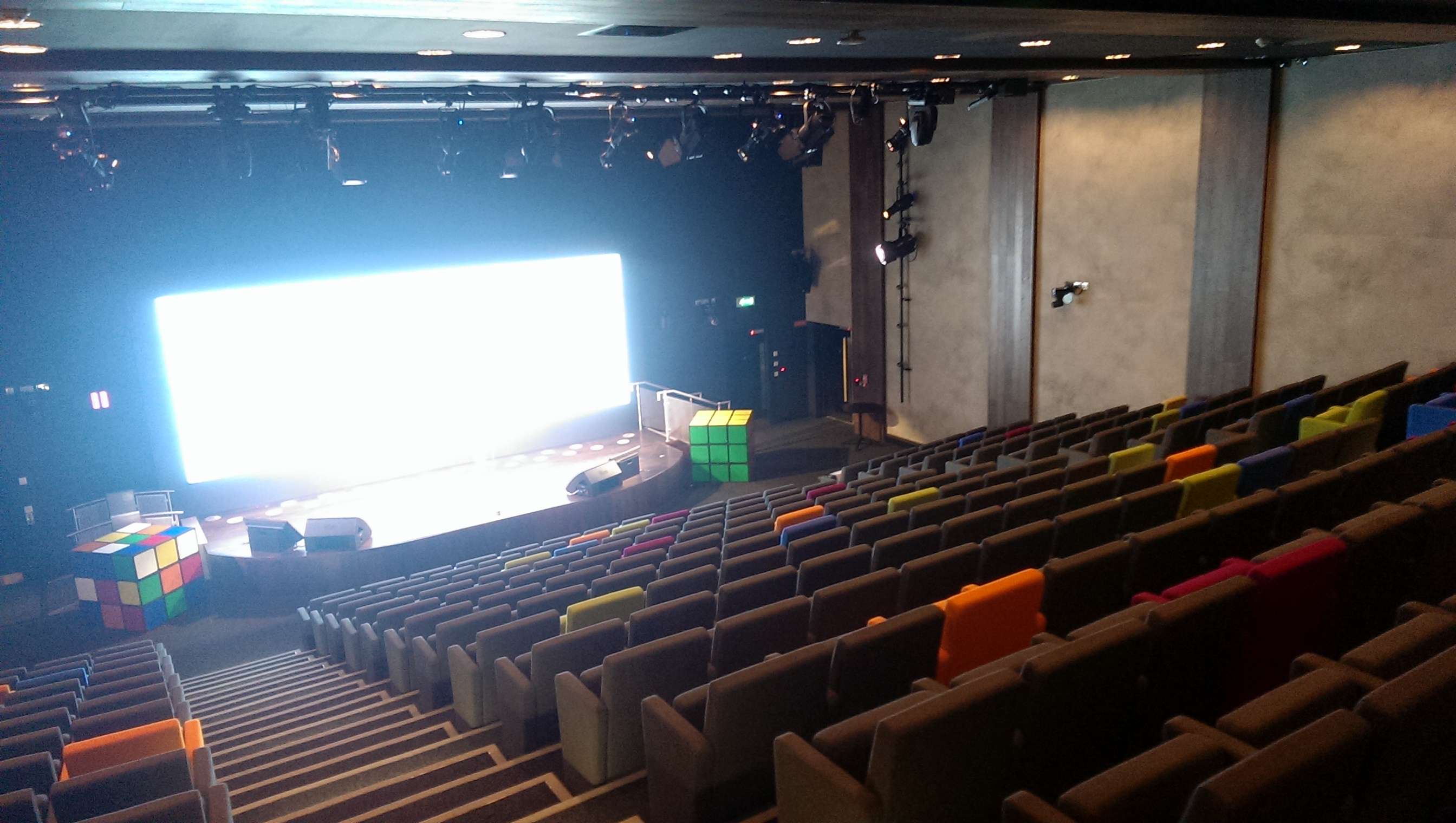 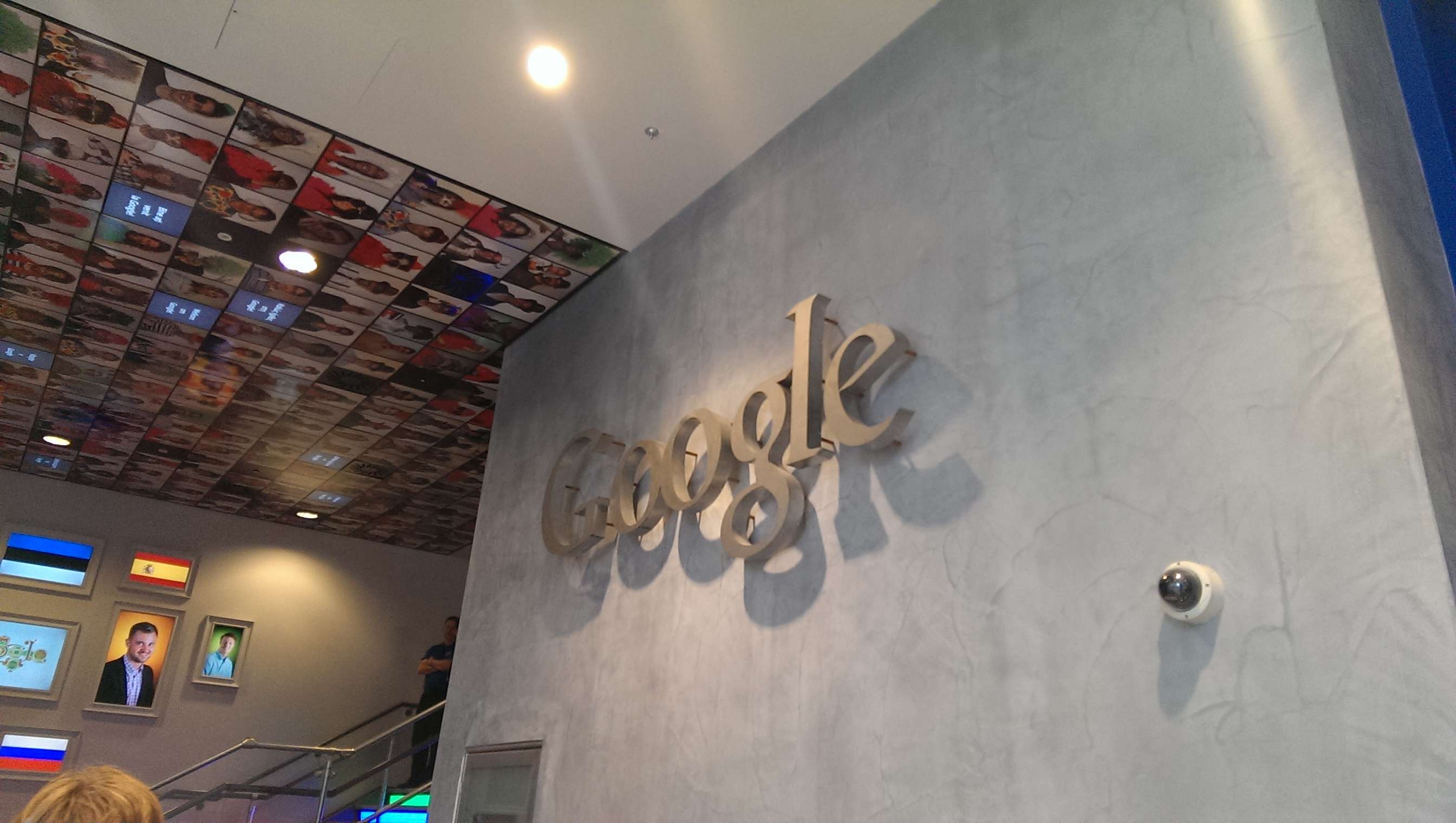 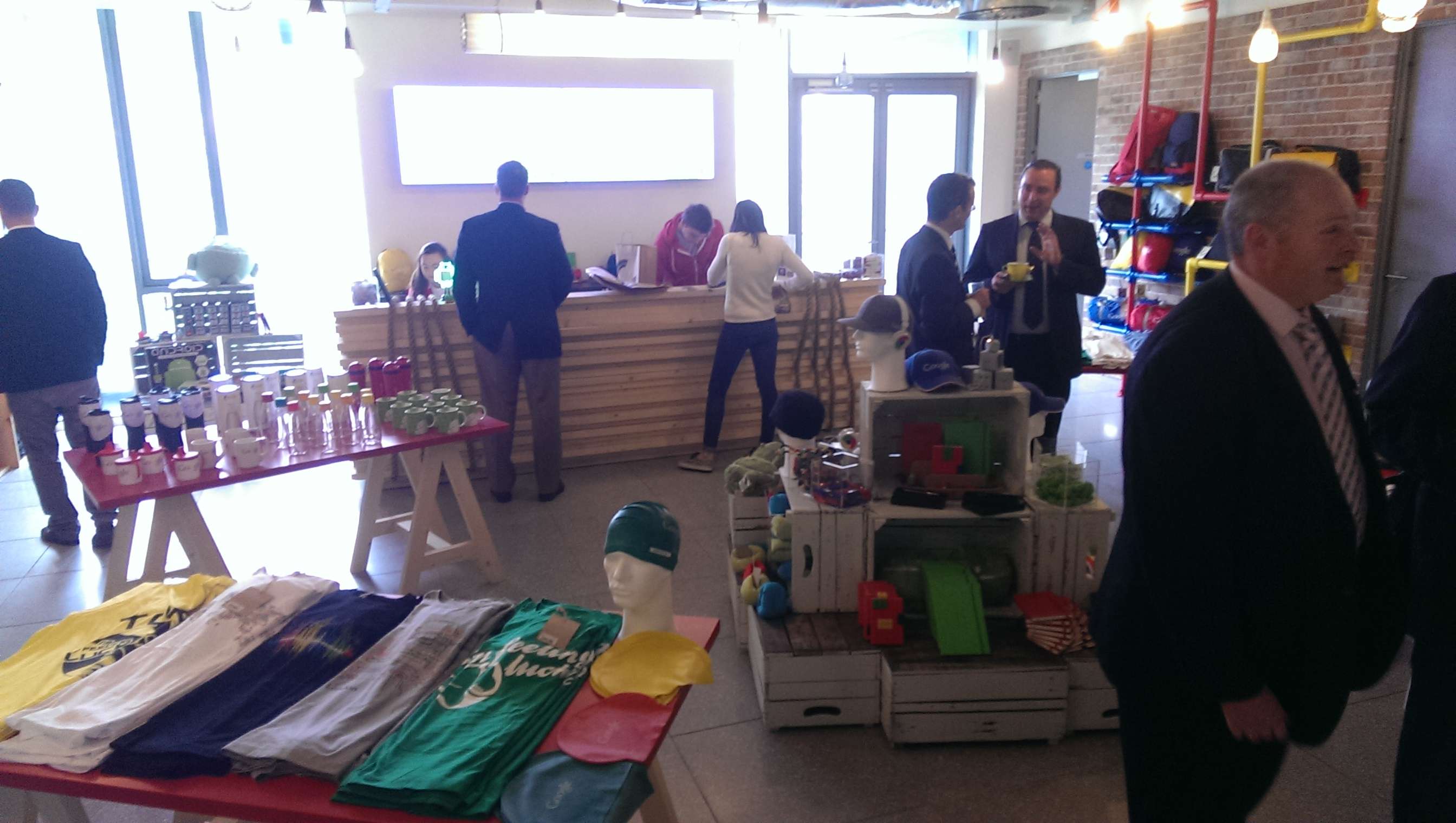 The official Google Store, the first of its kind outside of the States.

Google are also celebrating their 10th year in the country and to mark the special occasion, they have made a heart warming video about all they’ve learnt during their time here on the Emerald Isle. We must admit, the video made us more than proud to call Ireland home. Have a look for yourself and tell us what you think.

Dublin, September 11th, 2013: An Taoiseach Enda Kenny, T.D. officially opened The Foundry, Google’s new Digital Innovation Centre at the company’s EMEA Headquarters in Dublin today. The Taoiseach was joined by Minister Richard Bruton TD, Minister for Jobs Enterprise and Innovation at the event. Google, which is celebrating ten years in Ireland this year, has invested €5.5 million in The Foundry, its first Digital Innovation Centre in Europe.

Speaking at the event, Taoiseach Enda Kenny said: “Dublin’s Digital Docklands continues to grow in size and stature. In the ten short years since Google opened operations in Ireland, the rise of Ireland’s digital sector has transformed an industry which now supports almost 95,000 jobs in the Irish economy. The Government is determined to ensure Ireland remains at the forefront of digital innovation, which will support new jobs and economic growth. Our ‘Action Plan for Jobs’ provides a whole of government approach to the objective of continuing the growth of the digital economy. Today’s establishment by Google of its Digital Innovation Centre here in Dublin is strategically significant. It will draw companies from across Europe to Dublin and will enhance Ireland’s reputation as the Internet Capital of Europe. Any global digital company looking to locate in Europe will find it very hard to bypass Dublin.”

Minister Richard Bruton said: “Digital industries form a key part of the Government’s plans for jobs and growth, and in the past year we have started to see real progress with 3,000 private sector jobs now being created every month. We must not only support world-leading multinationals like Google who are doing amazing things for the sector in Ireland, but also support Irish companies to take advantage of the opportunities that the digital revolution offers. The Action Plan for Jobs contains initiatives to provide supports, for example, to Irish companies to take advantage of the €4billion opportunity offered by trading online – but we must do more. The establishment of The Foundry within Google’s EMEA campus is a fantastic addition to Ireland’s supports to companies seeking to take advantage of the massive opportunities offered by online trading.”

John Herlihy, VP and head of Google in Ireland said; ““Strategically it makes sense to locate our Digital Innovation Centre in Ireland where we can leverage the incredible wealth of knowledge and skills within our own organisation and can share that with entrepreneurs, and established companies from all over Europe. Learning about digital, gaining new ideas and sharing their own stories can change the way businesses think in the new digital age. The Foundry will become the incubator for this exchange of knowledge”.

Between now and the end of the year 80 events are planned for The Foundry which will be attended by about 5,000 business people from across Europe. The first, which will take place tomorrow, will be attended by representatives from Ikea in Sweden, Swatch in Switzerland and Boots in the UK as well as Irish companies including Aer Lingus and Paddy Power.

It is anticipated that The Foundry will bring in about 15,000 extra business tourists to Dublin annually. According to figures published by Fáilte Ireland, there were 154 international conferences in Dublin last year bringing 85,000 delegates and €106 million to the city. Business tourists, on average spend about triple that of a regular tourist, bringing valuable revenue to the city and also contributing to an image of Dublin as a great place to do business.

“Building on Ireland’s reputation as the internet capital of Europe, The Foundry puts Dublin firmly on the Worldwide Digital Map. Whether a company is completely new to digital or is looking for new ways to further grow its business, Dublin will become THE place to learn about digital. We will bring together our customers and partners from Ireland and Europe which will make a long term positive contribution to Ireland,” Herlihy added.[/showhide]