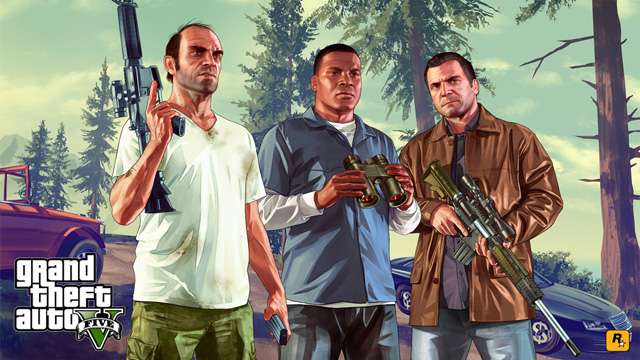 Grand Theft Auto V is mere hours away, with most GameStop and XtraVision stores in Ireland opening at midnight tonight for Irish gamers to get their hands on the latest blockbuster from Rockstar Games.

It seems like Rockstar are onto a winner yet again, which isn’t surprising at all.
At time of writing, the Xbox 360 version has 98/100% and the PS3 version has 97/100% over on review aggregate site MetaCritic.

Some of the review highlights are below if you don’t want to read an entire review, and don’t worry – you’ll find zero spoilers here.

CVG:  Whether you’re in the thick of a bank heist or exploring the wilderness listening to Johnny Cash on the country station, it always feels tight, refined, and polished. The world is breathtaking, the script is funny, the music is superb (both the licensed tracks and the atmospheric original score), and, most of all, it’s really, really fun.

IGN: Grand Theft Auto V is not only a preposterously enjoyable video game, but also an intelligent and sharp-tongued satire of contemporary America. It represents a refinement of everything that GTA IV brought to the table five years ago. It’s technically more accomplished in every conceivable way, but it’s also tremendously ambitious in its own right. No other world in video games comes close to this in size or scope, and there is sharp intelligence behind its sense of humour and gift for mayhem. It tells a compelling, unpredictable, and provocative story without ever letting it get in the way of your own self-directed adventures through San Andreas.

It is one of the very best video games ever made.

Gameplanet: Grand Theft Auto V is the pinnacle of the franchise and of gaming in 2013. A
ridiculously ambitious title that wrings absolutely everything out of the aging
seventh-gen consoles, it’s a spectacular triumph in every conceivable way.
Rejoice, for Rockstar North has done it again.