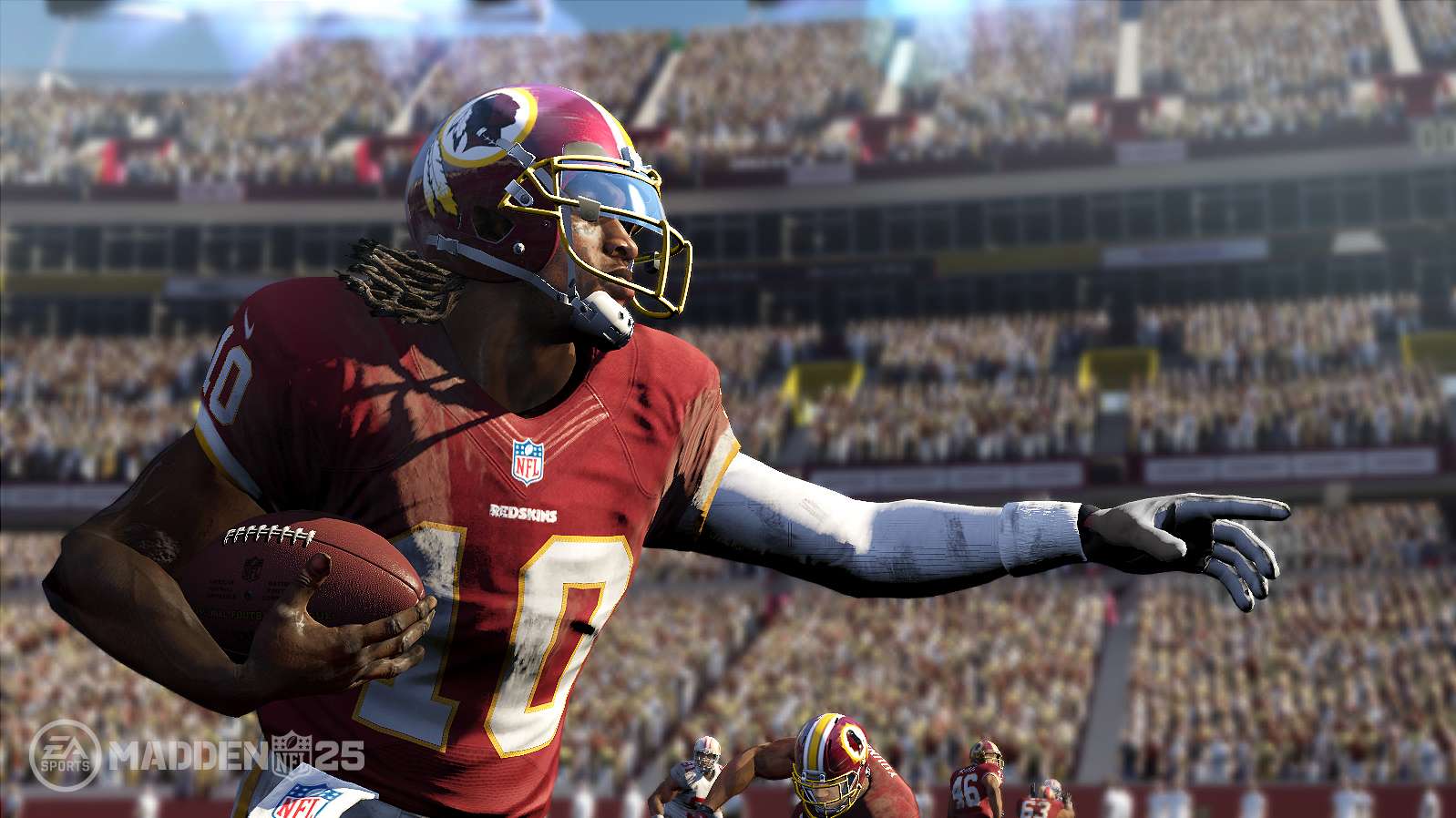 Madden NFL 25 Review – The Best Yet This Console Generation

John Madden’s name has been synonymous with video-game football since 1988 – which means most current NFL players don’t remember a time when there wasn’t a “Madden” game to teach them the ins and outs of the game.

But for anyone who’s been playing all these years, “Madden NFL 25” will cause flashbacks. Remember the ambulance that drove onto the field to collect injured players? Or the thrill of creating your own monster quarterback with your name on the back of his jersey?

Madden NFL 25 represents the culmination of a quarter-century of innovation, taking a victory lap before the franchise moves onto the next generation of higher-definition game machines. There are moments when Madden NFL 25 is awesome. Thanks to long-needed improvements in key areas, every type of football philosophy can be successful this season. Want to pound the ball up the middle? No problem. Feel like being a mad bomber? Fire away. By taking the time to learn Madden’s intricacies, you can run like Lombardi or throw like Coryell all the way to the Super Bowl. There are also moments, unfortunately, when Madden is incredibly aggravating. 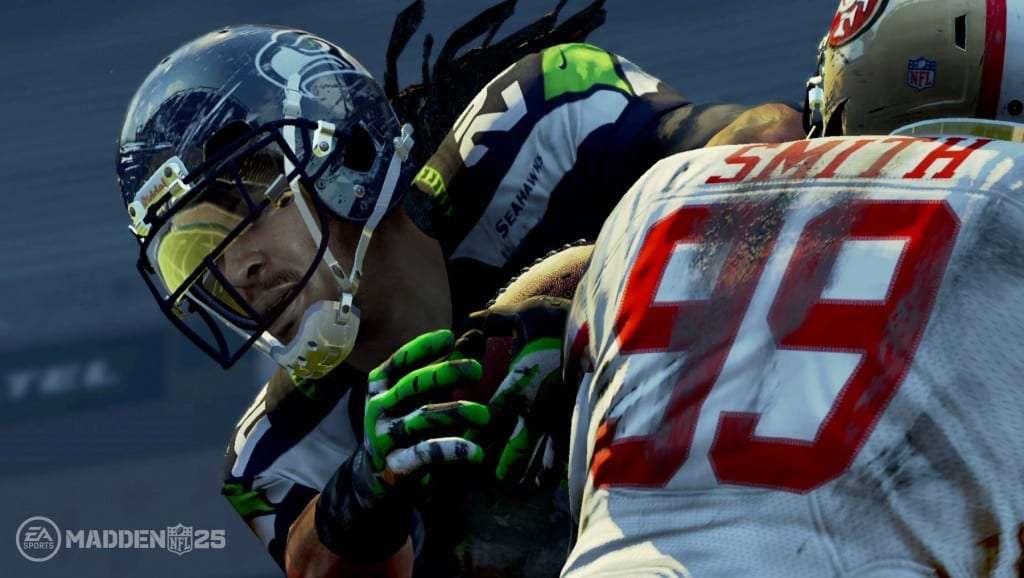 Occasional technical glitches, quirky AI, and bizarre physics behavior give players a sense that it’s close to coming apart at the seams. Madden NFL 25 is the best effort yet this console generation, though no sports franchise feels as desperate for the promise of the next one. The best, and most-needed, improvement this year is the interior running attack. Run blocking has been upgraded to allow backs to better see developing holes and exploiting them without as much potential of getting twisted around their own teammates. Because you can consistently generate positive yardage pounding the ball inside, the entire game management process is now more realistic; by forcing the defense to key on interior running, more options become available down the field. Basic Football 101 has finally come to Madden.

Over the years, “Madden” has accumulated so many features and game modes that a casual player is unlikely to discover half of what it has to offer. Fortunately, it remains fairly easy to set up a quick one-on-one showdown, whether online or in person. “Gameflow” play-calling, which essentially boils down the massive playbook to a handful of options, makes the action more accessible to rookies. And since I’ve never been able to master the art of passing, I’m pleased with the “Madden” team’s recent attention to the running game, with improved blocking and precision controls making it easier to find and exploit holes in the defense. 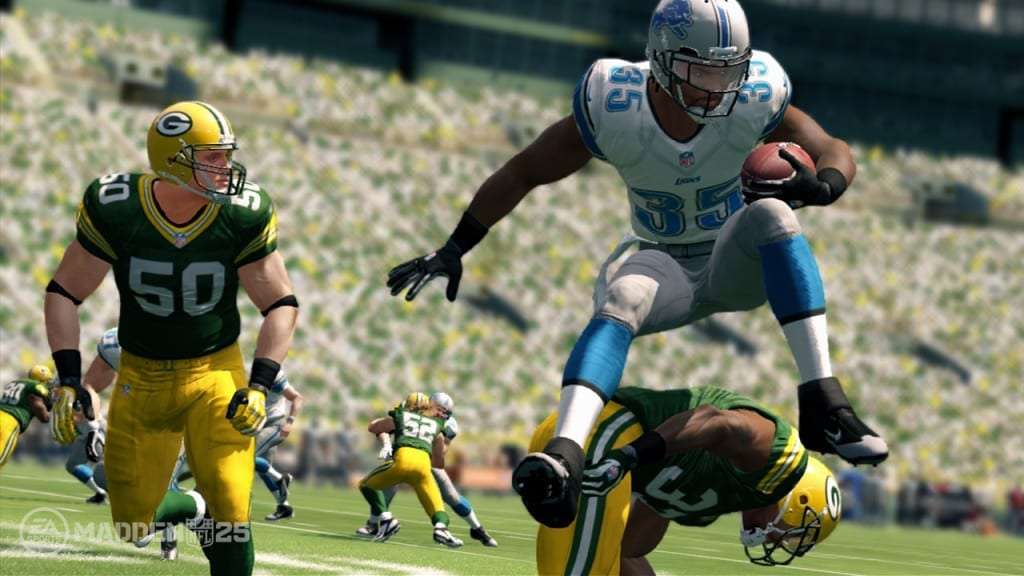 While individual match-ups are as entertaining as ever, more demanding fans will want to dig into the Connected Franchise mode, in which you control the careers of a player, coach or owner (or all three) over several seasons. For example, I simulated the 2013 season as Giants half back David Wilson, Steelers coach Mike Tomlin and Jaguars owner Shad Kahn. The ownership role is somewhat dry and un-rewarding – it’s hard to get excited about jacking up the price of stadium popcorn, and it remains to be seen whether moving the Jags from Jacksonville, Fla., to Mexico City will pay off.

And then there’s Ultimate Team, a cross between fantasy football and card collecting. You start off with a pack of all-pros (I got Tom Brady and Arian Foster), and by winning games you earn in-game currency to buy more packs. You can spend actual money on packs or trade cards with other players online. Obsessive fantasy players are more likely to enjoy Ultimate Team – and be patient enough to wait for that Adrian Peterson card to turn up. 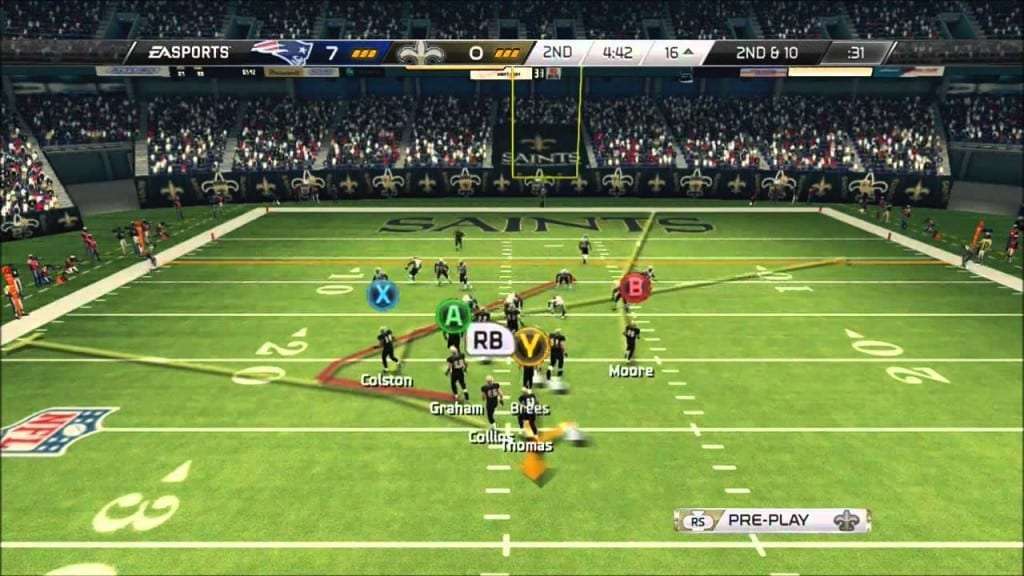 So there’s an awful lot to do in “Madden 25,” even if it’s missing a certain something – namely, John Madden. His gung-ho play calls brought a lot of charm to the rough-edged action of the early “Madden” games, and the current announcers, CBS’ Jim Nantz and Phil Simms, don’t have his spark. Simms, in particular, has turned into the kind of traditionalist blowhard who will berate you for not punting on fourth down, even if you’re 6 points down with less than a minute to play.

I leave you with this thought that I can’t help but wonder “What has EA has in store for the PlayStation 4 and Xbox One versions of “Madden” going forward?”.